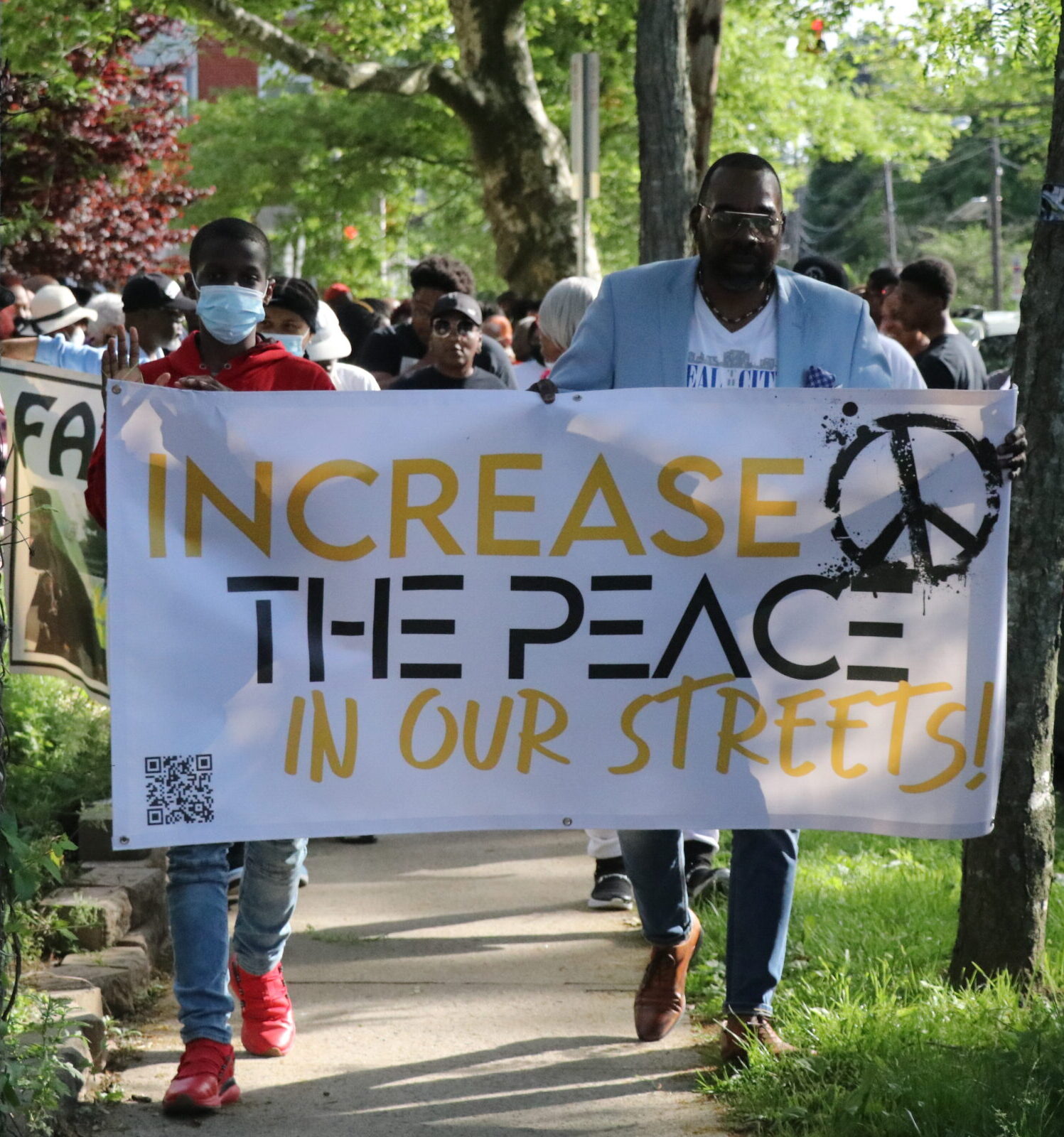 There is an old proverb that as long as someone’s name is still spoken, they will never die. In Trenton, residents are doing precisely that for two local heroes: Darlene McKnight and Grace Crossland.

“We’re celebrating the light of Darlene McKnight and Grace Crossland. Two mothers of the city, two icons of the city who always stood for us and now it is time for us to stand for them…because of their community work…making sure young people go to school, making sure that grassroots organizations got everything that they need. They were part of all kinds of organizations, and they worked hard into the day they passed away,” Heading said.

Alongside Heal the City was Father and Men For A Better Trenton, a faith-based grassroots organization trying to stop city violence by promoting positive father figures for Trenton kids to look up to. He explained that both women helped build the cornerstone of the organization.

“They were the only two women members of our organization. They came in; they sat with us…They helped us go to the homes of people who were victims of violence, pray with the families, and help the families get the resources they needed… These two beautiful women were a great influence on us men and inspired us to step up,” Rogers said.

McKnight is remembered as an activist of Trenton, doing community work across the city with different agencies and advocacy grounds.

Shelly McKnight, Daughter of Darlene McKnight, remembers her as generous. “She was very knowledgeable, unselfish. Just giving, if she didn’t have an answer to the question. She will find the answer for you, so you didn’t feel lost,” McKnight said.

She explained that her mother was a school advocate and parent organizer pushing for improvements in Trenton’s School District.

“It’s great because it gave inner-city children a different view. They didn’t have to be aware of what was going on eye level. But they were able to look higher and set higher goals as in terms of what type of jobs and professions they wanted. She has always stressed education was very important,” McKnight said.

Community advocate Grace Crossland was a PTO volunteer, a Vice President of the Board of Trustees for Emily Fisher Charter School, and a former President of the School Leadership Council at Dunn Middle School.

She was a community volunteer working with children across the city, serving as a volunteer with Parents Anonymous, Pastoral Care for hospital patients, and Community Mentorship programs throughout the city.

Cynthia Crossland, Grace Crossland’s Daughter, explained that her mother put over 55 years with the City of Trenton.

She remembers her mother as a caring and kind person who always helped anyone she could. “I remember her as, you know, honestly, the best mother there could be…she was so amazing how you know, this woman just loved all of us. Not only her family but also just the community itself…She was a mother to all,” Crossland said.

She wasn’t only a beloved mother but a beloved sister as well. Paul M. Jones, Grace Crossland’s brother, explained that she raised him from a very young age. “She practically raised me at early age. She was stuck with me all through high school. She got me through rough times during college, and she was my strength,” Jones said. “I still experience a severe void from her loss, so coming here was a huge deal.”

The ceremony began in the Serenity Garden, located at Bellevue and Prospect St. The crowd held a brief celebration of their lives, including a Libation ceremony and Ceremonial drumming.

“The serenity garden is a place of peace, love and beauty…. If you ever felt pain when someone was killed by violence, the serenity garden belongs to you. You know, as young people have sacrificed their lives to affect change, Darlene McKnight and Grace Crossland poured into the community to affect change and we’re very, very grateful for that,” Amini Sababu, Trenton resident and founder of the Serenity Gardens, said.

The group then marched down to Stuyvesant Ave. and Prospect St., where two commemorative billboards will be displayed. The group listened to speeches as they celebrated the new billboard.

“It’s an absolute amazing blessing to have all these folks come out and show support for my mother,” Crossland said. “She passed in 2020 at the onset of the pandemic, and it’s just great that you know, even to this day, two years later, Heal the City, and Fathers and Men, are still keeping her memory and her legacy alive.”