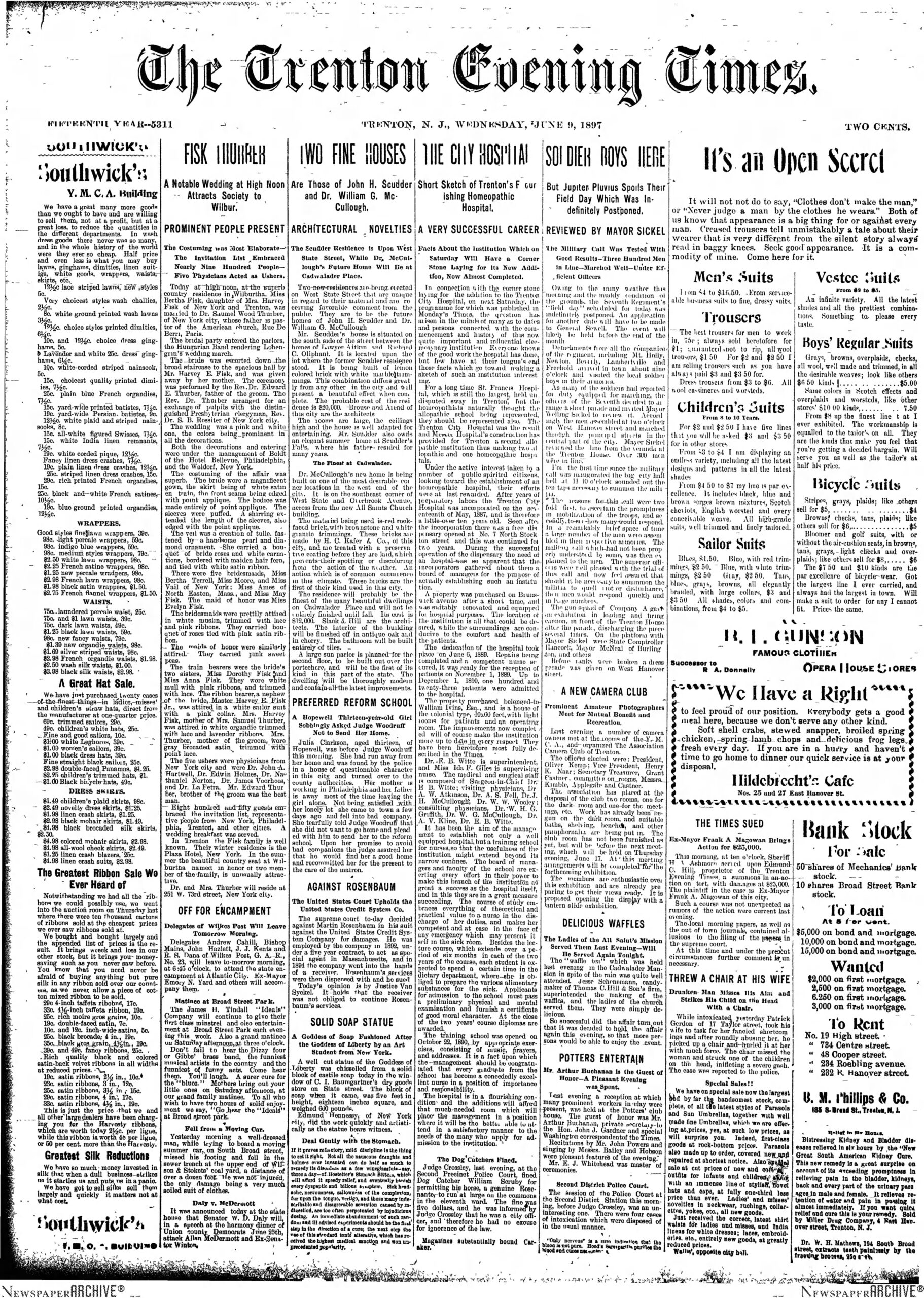 For Historic Trenton’s Day in the Life, we’re looking back through newspapers from the beginning and examining everyday problems, solutions, and needs during historic Trenton’s past. Today, we return to Wednesday, June 9, 1897. It was a rainy day in the city of Trenton.

The night before, a group of amateur cameramen met a the YMCA to establish the Association Camera Club of Trenton. They needed two rooms: one for a dark room to process film and the other for meetings. Up until the 1890s, photography was purely professional. It wasn’t until American George Eastman launched a flexible roll film and the first Kodak, a camera that didn’t need a tripod and was quickly used by the amateur photographer. Anyone capable of simply looking into a viewfinder and pressing a button was able to take photographs. As for the Trenton amateurs, work began right away as they created photos across the city.

The City Hospital, otherwise known as the William McKinley Memorial Hospital, was in the process of getting a new addition. The hospital was founded in 1889 after Trenton citizens petitioned the city government to build a second hospital in the area. The hospital would span around six acres of land on Brunswick Avenue in Trenton. At this time, management aimed to establish a well-equipped hospital and a training school for nurses. The administrators were able to do both by opening a training school in October of 1890.

Early that morning, the Seventh New Jersey Regiment field day was postponed indefinitely, but the soldiers had already arrived in Trenton. The troops came from across New Jersey. Instead, they decided to visit local kids who were looking to enlist. The Seventh regiment also arranged a short parade where they invited Mayor Welling Sickel. The hope of bringing the soldiers to Trenton was to show how quickly they could react in an emergency.

Lastly, the supreme court decided to rule on the United States Credit System Company V Rosenbaum case. According to the Case, “The plaintiff…seeks damages for breach of covenant for the agency between him and the defendant, an insolvent corporation of this state.” The Supreme court ruled in favor of the plaintiff, who was not obligated to continue Rosembaums services.