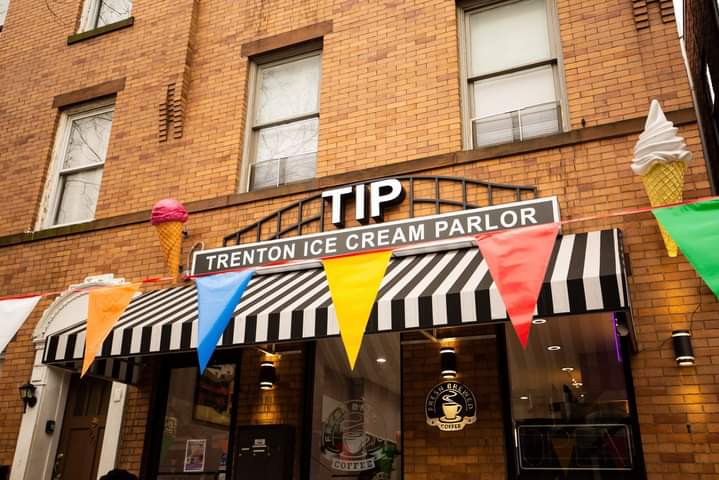 Dreams can be tough to manifest, but it’s a pandemic-sized obstacle for Hannah Hailemichael and her two parents. Hannah is autistic. She speaks in short sentences and is almost entirely non-verbal.  Eric Hailemichael, Hannah’s father and Co-owner of Trenton Ice Cream Parlor (TIP) explained that most conversations over a couple of minutes long are more than any conversation he has had with his daughter.

“The conversation that we’ve had with you is longer than we’ve ever talked to her entire life,” Hailemichael said during the interview, “And when you put it in perspective, like people, they kind of wake up and they realize, well, you know, like she’s not going to have a traditional life because she doesn’t talk,” Hailemichael said.

Still, her family was able to learn her dream and create the Ice Cream Parlor in Trenton. The Hailemichael Family had a small opening in October of 2019, and stayed open until its three-day grand opening. On March 12, 2020, TIP held its grand opening, and for three beautiful days, the Hailemichael Family celebrated with Trentonians about their successful Ice Parlor.  The pandemic turned its ugly head on the fourth day, and New Jersey shut down.

“We did have our grand opening on March 12 through 14th, and then when the pandemic hit, that was the last day…After a three-day grand opening, we shut it down for 18 months.,” Konjit “Mimi” Hailemichael, Co-owner of TIP said.

They had good reason for staying shut down for as long as they did. Hannah has underlining conditions that COVID-19 is known for heightening.  They re-opened the first time after getting vaccinated in June of 2021.  “We know (Hannah) has asthma, we know she’s allergic to everything… so we had to keep her home,” Mrs.Hailemichael said.  Then delta began to make headlines. For the second time during the pandemic, they closed in the fall of the year, riding the storm of the Delta Variant and Omicron variant through the Spring.

Now, hopefully, for the last time, Trenton Ice Cream Parlor held its reopening on Wednesday, and they are ready for the Spring season. “ Everything has to be fresh,” Hailemichael said, “You know, we have to make sure everything’s clean. Make sure everything’s working the right way.”

The family-owned store operates as an ice cream place and a way for parents with special needs children to come by, get advice and meet other parents. “They read the story and realize that parents with special needs kids are doing something with their special needs child…for us has been kind of like an eye-opener. We never expected any of those things to happen. You know, it’s almost like we’ve been placed on the leaderboard, by what we’re doing, by kind of like the fact that because we did it,” Hailemichael said.

Hailemichael’s advice is simple, be patient, be kind, and always be understanding. “You find out what they want, what they’re good at and try to make that dream bigger, try to make that thing in reality for them because they all have different skills.”

The parlor is located at 969 S Broad Street in Trenton. Visit them online at https://www.trentonicecream.com.