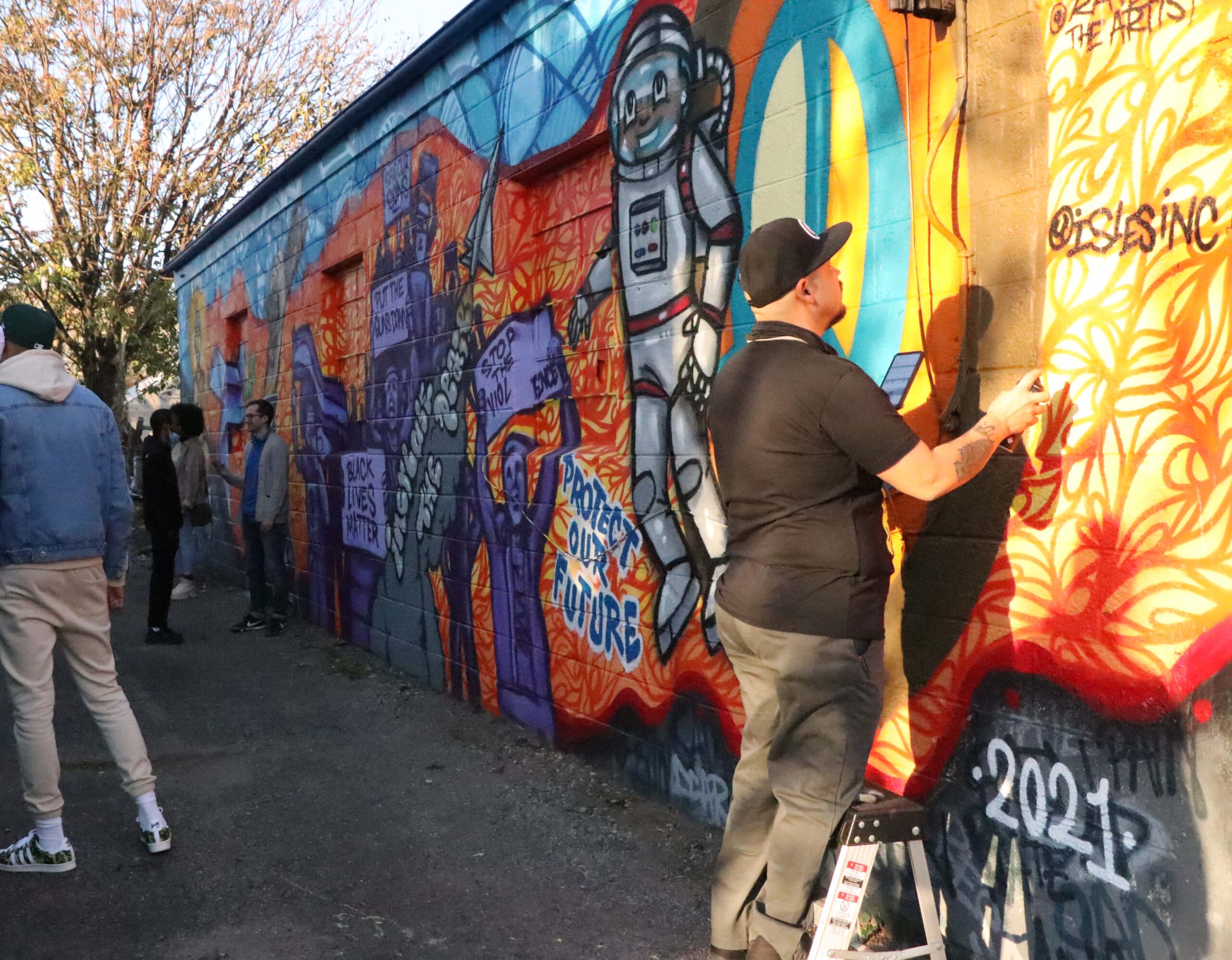 Students from Isles partnered with local artists, Leon Rainbow, Liz Amaral, and Raven George, to create a mural on 42 Ashmore Avenue, near Division Street in South Trenton. They unveiled the mural to the public last week.

The artists sketched the wall and let the kids with the program color in the wall with spray paint. Anthony Richards, the Evening Reporting Coordinator, participated in the event with his son as they worked on filling in the mural.  “So pretty much what they did was like coloring in a coloring book…The design is there, and now you’re just filling in the works,” Richards said, “It’s big, and it is beautiful, and I love it.”

This project took a little over ten days to create.  As you walk down from start to finish, it tells a story about finding a passion and fighting for it. The greys represent the anxiety, depression, and doubt, while the mosaic of oranges, blues, purples represent pride and will that overtake the greys and the whites.

Rainbow explained his part to the small crowd that gathered together on Thursday afternoon. “That’s one of the things with this project is also to try to give them some skills and some understanding of how the project works from the beginning like, we started with a blank wall, we mapped everything out, we filled things in, to see the progression and give them understanding on how the process goes,” Rainbow said.

George, a local artist who has worked with Leon in the past, and helped out with the mural explained that this is important because of what it represents. “It’s…inspiration or possibilities to look forward to, and to move on…”

“We want to allow our kids to have a better chance and couple it with their high school diploma,” said Stacy Heading, youth service outreach manager at Isles.