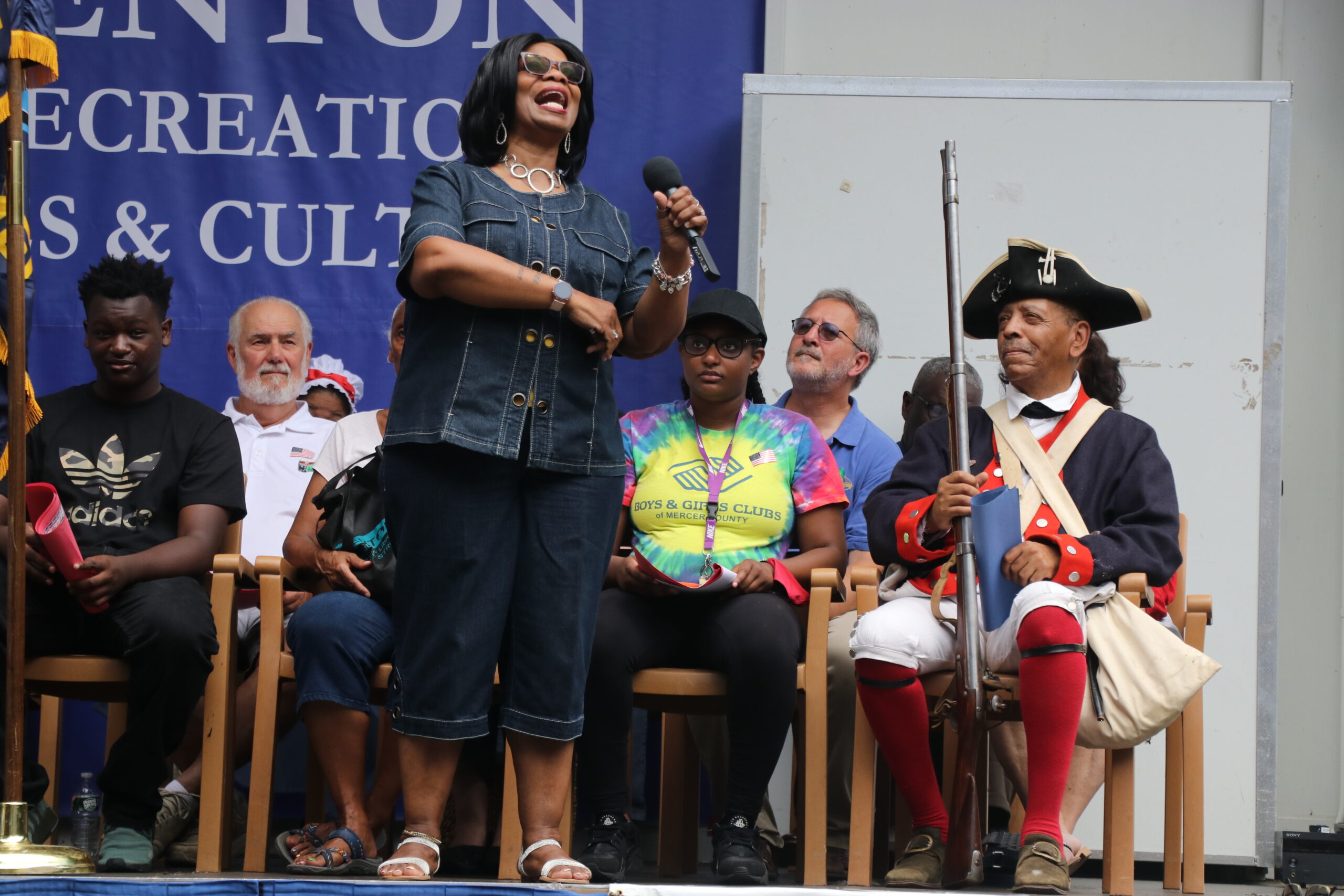 Liberty weekend brought to life Trenton’s history as The Kiwanis Club of Trenton had reenactors, historians, and community leaders come together to celebrate Trenton’s contributions to America’s past.

The weekend began on Friday with a public reading of the Declaration of Independence on Warren Street.

“Trenton was the first place on the planet to hear the words of the declaration after Philadelphia,” said Michael McCormick, with the Kiwanis Club of Trenton. “They approved it on July 4, and then they gave everybody four days to get out of dodge so they wouldn’t be shot by the British.”

“What was affecting folks back then, in many ways, still affects folks today. And we’re still on that journey as a nation to realize the ideals that Thomas Jefferson and others put into that document so long ago…We need to keep something at the forefront, particularly now, when there’s so much conflict, so much division, and everybody has trouble…this is what’s at the foundation, and this is what we need to continue to work towards,” McCormick said.

After the ceremony, the group moved across Warren street to unveil the newest historic signage to the public. It is a sign surrounded by marble describing what it was like for those who stood and listened to the Declaration of Independence being read.

Bernard McMullan, president of the Trenton Council of Civics Associations, was the lead on the project. He worked for a little over a year to get the language right, and with the help of New Pod City, created a modern reading of the Declaration by Trenton residents in both English and Spanish.

“The revolution happened here in much more visible and real ways than we can imagine. It’s one thing to say, oh, there was a battle, but people were living in this town. Things were going on around them. The same way we think of Gettysburg and bullets flying everywhere, that’s the type of thing was going on here. Not once, but twice within a week,” McMullan said.

Trenton is home to some of the most notable moments of the Revolutionary War, including the Crossing of Delaware and Trenton’s first and second battles.

With the 250 anniversary of America coming up in 2026, historical organizations are looking to put Trenton on the map. Janice Selinger, Executive Director of Crossroads of the American Revolution, explained that they are working hard to commemorate Trenton’s history.

“It is clearly important for Trenton to be doing this because we want to show New Jersey’s key role as the Crossroads of the American Revolution,” Selinger said. She explained that they have been looking to commemorate Trenton’s history  even before the 250 anniversary was on their radar

“We’re working as a private partner with the New Jersey Historical Commission to plan for the 250th of the American Revolution. So we’re really pleased as all the activities are happening. Crossroads has been dealing with commemorating New Jersey’s role in the revolution even before thinking about the 250,” Selinger said.

On the other side, Mayor Reed Gusciora and The City of Trenton are partnering with investors to build up to the 250 Anniversary.

“We’re working with Congresswoman Bonnie Watson Coleman, as well as state officials, our state delegation, they’re going to invest millions of dollars into historic tourism for the next three years while we prepare for America’s 250 in 2026. You’ll see more and more activity. These events help promote what’s going to take place in 2026,” Mayor Reed said.

The weekend continued with a flag ceremony, and tours of local museums like the 1719 William Trent House Museum and the Old Barracks. Saturday morning even hosted a flag ceremony at the Battle Monument with the Civil Air Patrol acting as an honor guard.

“We’re standing on very hallowed ground. This is the place where Washington’s army posted his cannons to fire on the Old Barracks to bring the Hessians under attack on Christmas Day, 1776. This was a turning point of the American Revolution,” Ward said.

Next to him, Chuck Monroe, Vice President of the First Rhode Island Regiment, explained that part of their mission is to tell the stories of black soldiers in the revolutionary war.

“A lot of people don’t know that first Rhode Island was known as the Black regiment. It was about 60% African American, 15% Native American, and everything else considered non-white,” Monroe said.

The two explained that the regiment fought in battles in the northeast, and although they weren’t in the battle of Trenton, there were Nine Rhode Island Soldiers who died in Trenton and were buried along the river.

As each Independence Day passes, those looking to build the future by using the past are getting closer and closer to their goals. McCormick is happy with the way they are going.

“We want people to come to Trenton. We have 10% of the population in the entire country that lives within 100 miles of where we’re standing right now…those folks need to come to Trenton to understand what happened here, appreciate it, recognize it, celebrate it, learn from it,” McCormick said.