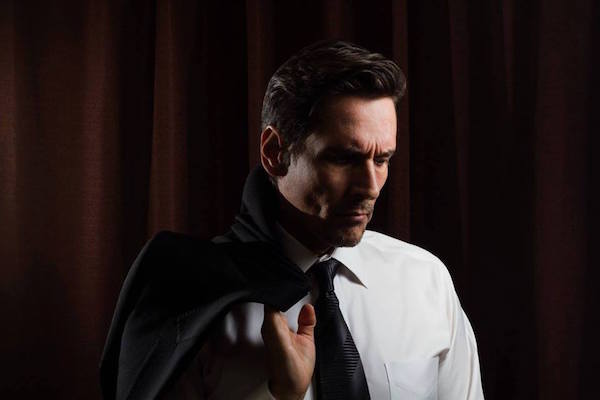 Lights! Camera! Action! The curtain unfolds and I walk out ready to perform. OK. Here’s a confession: I once fantasized about becoming the next American Idol. After withstanding Simon Cowell’s harsh criticisms, I would ultimately hear Randy Jackson refer to my performance by saying, “Check it out dawg!” However, it was that unforgettable day in the second grade when my music teacher politely gave me the hint: “That’s great – but try singing softer so no one can hear.” Singing was never my calling, but many other Trentonians like Joseph Halsey, have found great success in the performing arts.

Halsey went from ordering pizzas to his childhood home in Trenton on Melrose Avenue to delivering them to the Huxtables on Leroy Street. He worked and performed at his uncle’s bar in Chambersburg when he was younger and then interrogated suspects at bars as Officer Wood in Law and Order and Law and Order S.V.U. When he’s not acting, he’s producing music. Have you ever heard the theme song for the show Punk’d? Halsey produced it through the record company that he co-owns called Eclectiscism Publishing. His talents have taken him to New York, Florida, and beyond, but his work here in Trenton is worthy of an Emmy.

He moved back to Trenton after a few years in New York on a mission to bring the community together through the art of film making. His most recent project, Generation Change, focused on having Trenton youth imagine they were one of the candidates for Mayor and to focus on different policies and solutions they would use to improve the city. Halsey partnered with a Rider University class to implement this project and host a debate among the candidates.

“Young people can make a difference,” said Halsey, who loves working with youth. “They may not be able to vote yet, but they can influence those who do and have an impact in their communities through other means.”

One of Halsey’s current projects involves reprising his role as a police officer in Law and Order to connect youth and law enforcement, promote a positive dialogue, and build a stronger community.

The new project Common Ground, filming in Trenton, is a documentary moderated by Emmy award-winning journalist Alicia Nieves and directed by Halsey as part of the Generation Change docuseries. The film focuses on positively changing the way we think about the fractured state of our cities and providing solutions needed for a better future. Made possible by the James R. Halsey Foundation of The Arts, of which Halsey is the Founder, the film aligns with the organization’s mission to produce educational content and deliver arts education programs.

Recently, Mayor Reed Gusciora was onsite at Sam Naples Community Center in Trenton, where he had an opportunity to meet Trenton’s teens and Trenton police officers, who participated in this groundbreaking film project. Mayor Gusciora also sat down for an on camera interview with Alicia Nieves to share his thoughts on working on educational film projects such as ‘Common Ground,’ that shed light on important topics through film by highlighting positive solutions and initiating new conversations that can further mend community and law enforcement relations.

Armed with a team of younger Trentonians who recently graduated from Princeton and Villanova University with degrees in film and a passion for making a difference, Halsey’s work in the community is deserving of an Emmy. Like Law and Order, he hopes his work is a long and continuous series with no end in sight.