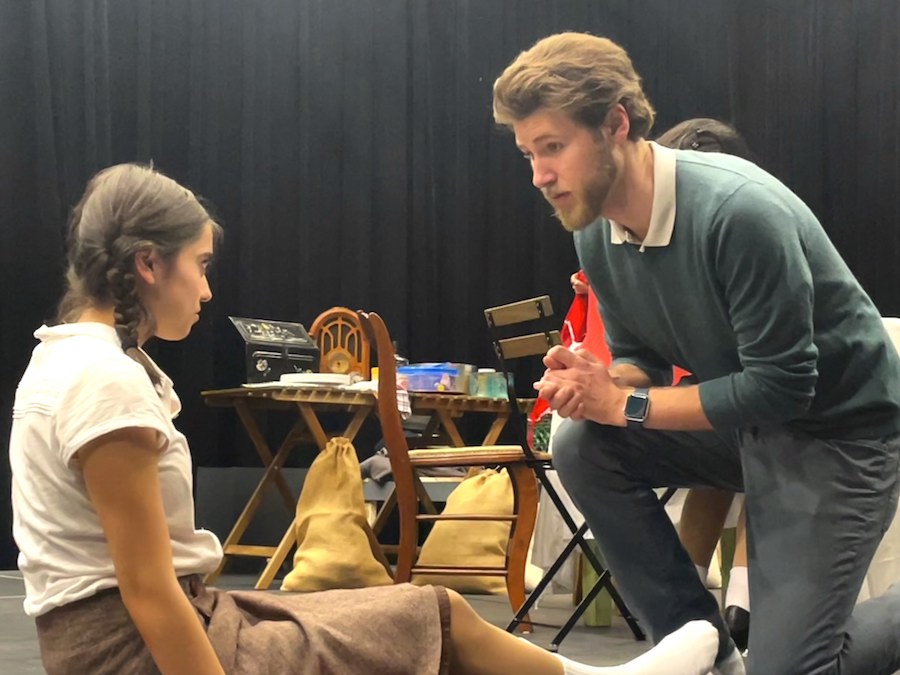 “The Diary of Anne Frank” is a true story of two families forced to hide from the world in an attic while the horrors of war rage around them. This transcendently powerful new adaptation by Wendy Kesselman of the original stage play by Goodrich and Hackett interweaves survivor accounts and newly discovered writings from the diary of Anne Frank to create an impassioned contemporary story of those persecuted under Nazi rule.

“Even after 75 years the Anne Frank story still resonates and has so much to teach us all,” he said. “This production, with a beautiful and amazing multi-racial and diverse cast, shows how we can actually live together to create a better world. That is the whole idea behind the production — to band together and make something beautiful.”

Stage Manager Bria Jayden Moscetti, an MCCC second-year music technology student commented, “Our production of the Anne Frank story provides a refreshing but very real message that we are all human.”

Kyle Bethea, a second-year student at MCCC who recently did research on the parallels of African Americans and people of Jewish descent was tasked with doing research for the casting of the show.

“Although the play is about the Holocaust and the uprising of Hitler and the Nazis, the Academic Theatre and Dance Company felt it was important to have various minorities in the Diary of Anne Frank cast to add more diversity and inclusion,” Bethea said. “So we added a little twist and we have a Latina playing Anne Frank, a Haitian male playing Mr. Dussel, and an African American playing Mr. Kraler. I identify as an African-Asian American and am playing the role of Peter Van Daan.”

“The Diary of Anne Frank is an adaptation for a new generation able to confront the true horrors of the Holocaust,” remarked Gazenbeek-Person. “It shouldn’t be missed.”