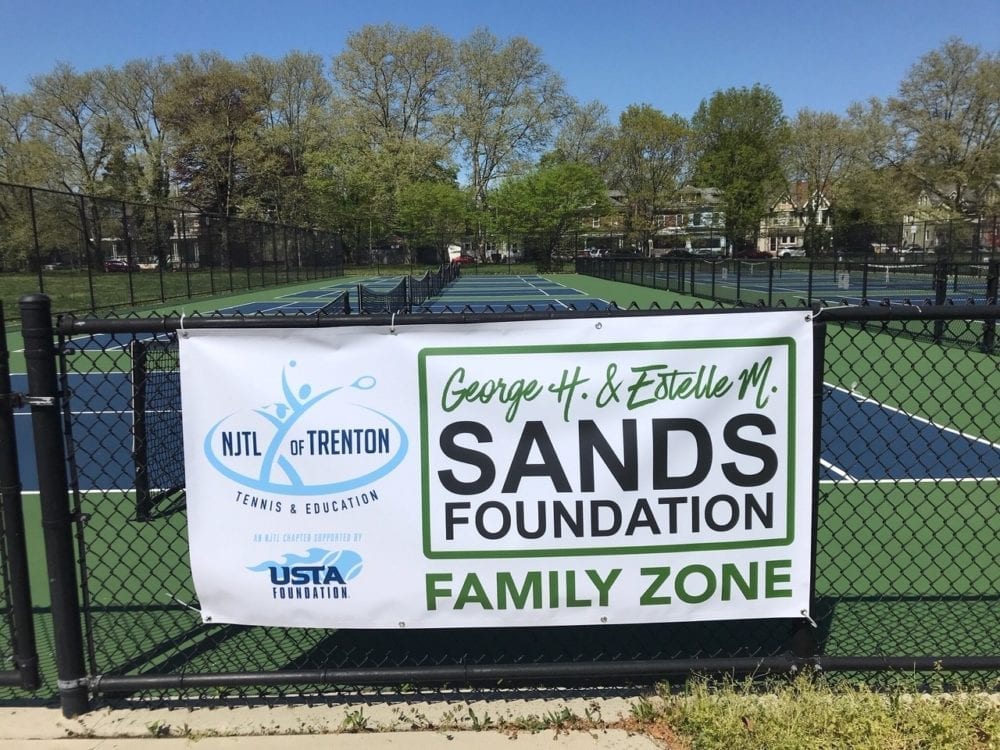 National Junior Tennis and Learning of Trenton (NJTLT) will dedicate the George H and Estelle M Sands Foundation Family Zone at the Junior Champions Tennis Center at Cadwalader Park on Tuesday, May 7 at 1:30 p.m. The public is invited to attend.

NJTLT developed a program that teaches youngsters and family members to play tennis on 14 QuickStart court facilities, which have become a model for many cities in the United States. QuickStart facilities, as deemed by the United States Tennis Association and the International Tennis Federation, offer tennis courts that have been appropriately sized and proportioned for children under the age of 10 to accelerate success at a young age.

“NJTLT is proud to dedicate the Family Zone to the Sands Foundation,”
said Thomas Majdanski, NJTLT president. “Deborah’s passion and volunteer efforts have been about supporting children who do not have access to opportunities her children had. Children in Trenton became her focus, and for the past few years she has devoted her time and her portion of the foundation’s funds toward giving the children in Trenton opportunities to succeed, stay in school, and have better health. Deborah works with and supports 25 local organizations whose missions are to accomplish these goals. Deborah has been supporting NJTLT since 2016.”

NJTLT serves over 2800 under-resourced youngsters with after-school tennis and learning activities as well as weekday and weekend programs at Cadwalader and Villa parks and indoor centers. Programs at Bloomberg, the Lawrenceville School, Princeton and Rider Universities and The College of New Jersey expand horizons, guiding NJTLTers to college and careers.