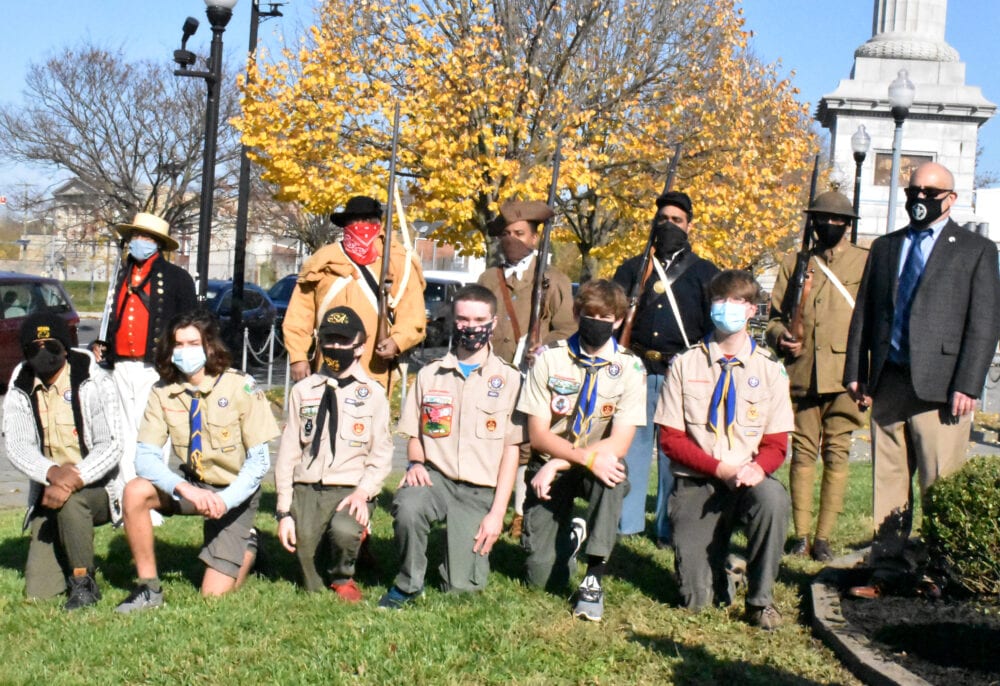 Yesterday, November 14, 2020 at 10:00 a.m., members of the Trenton community gathered outside of the Trenton Battle Monument to hoist up a brand new flag on the newly repaired flagpole.

After discovering storm damage to the flag pole during last month’s park clean-up, the city discovered the flag was missing. With help from Trenton Kiwanis, the City of Trenton was able to replace the flag and fly it once again.

At Saturday’s ceremony, Mayor Reed Gusciora accepted the flag for the City and four local boy scout troops assisted in raising the flag. Once up, Algernon Ward, board member of the Trenton Historical Society, fired a musket salute. To end the event, participants joined the troops in reciting the Pledge of Allegiance.