Located in the heart of Downtown Trenton, the Old Barracks Museum preserves the history of our nation and celebrates the Capital City’s crucial role in its founding. The museum does this in several ways including countless tours, reenactments, celebrations, and of course Patriots Week. Another way they celebrate this rich history is through their Fall Lecture Series which kicks off today, October 13th.

The Fall Lecture Series Starts with The Power of Objects in Eighteenth-Century British America by Jennifer Van Horn today at 2 p.m. with a reception at 1:30 p.m. 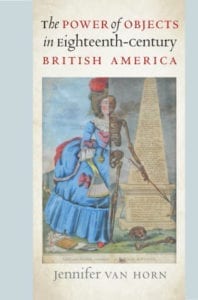 ​“Over the course of the eighteenth century, Anglo-Americans purchased an unprecedented number and array of goods. The Power of Objects in Eighteenth-Century British America investigates these diverse artifacts—from portraits and city views to gravestones, dressing furniture, and prosthetic devices—to explore how elite American consumers assembled objects to form a new civil society on the margins of the British Empire. In this interdisciplinary transatlantic study, artifacts emerge as key players in the formation of Anglo-American communities and eventually of American citizenship. Deftly interweaving analysis of images with furniture, architecture, clothing, and literary works, Van Horn reconstructs the networks of goods that bound together consumers in Boston, New York, Philadelphia, and Charleston.” 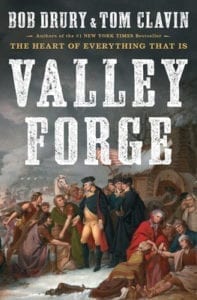 The event is described by the museum as “The #1 New York Times bestselling authors of The Heart of Everything That Is return with one of the most inspiring—and underappreciated—chapters in American history: the story of the Continental Army’s six-month transformation in Valley Forge.

Valley Forge is the riveting true story of a nascent United States toppling an empire. Using new and rarely seen contemporaneous documents—and drawing on a cast of iconic characters and remarkable moments that capture the innovation and energy that led to the birth of our nation—Drury and Clavin provide the definitive account of this seminal and previously undervalued moment in the battle for American independence.” 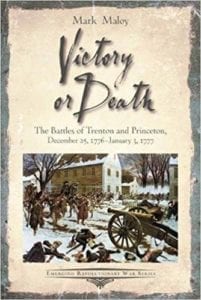 The event is described the museum as “December 1776: Just six months after the signing of the Declaration of Independence, George Washington and the new American Army sit on the verge of utter destruction by the banks of the Delaware River. The despondent and demoralized group of men had endured repeated defeats and now were on the edge of giving up hope. Washington feared “the game is pretty near up.”

Rather than submit to defeat, Washington and his small band of soldiers crossed the ice-choked Delaware River and attacked the Hessian garrison at Trenton, New Jersey on the day after Christmas. He followed up the surprise attack with successful actions along the Assunpink Creek and at Princeton. In a stunning military campaign, Washington had turned the tables, and breathed life into the dying cause for liberty during the Revolutionary War.

In Victory or Death, historian Mark Maloy not only recounts these epic events, he takes you along to the places where they occurred. He shows where Washington stood on the banks of the Delaware and contemplated defeat, the city streets that his exhausted men charged through, and the open fields where Washington himself rode into the thick of battle. Victory or Death is a must for anyone interested in learning how George Washington and his brave soldiers grasped victory from the jaws of defeat.”

The lecture series is sponsored by the Society of Sons of the Revolution in the State of New Jersey.

Lectures are free to attend, and pre-orders for books are encouraged.
Please call Marianne Brown at 609-777-3599 to learn more or visit them online at http://www.barracks.org/fall-2018-lecture-series.html.