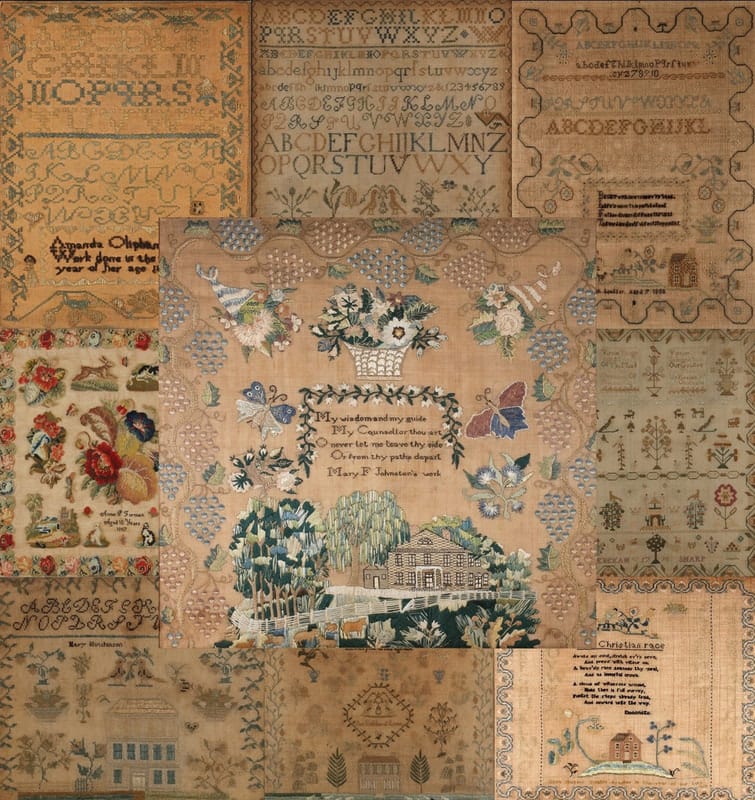 Through an online exhibit featuring 19 samplers, Trenton’s Old Barracks Museum has brought 18th and 19th century history to internet users at the click of a button.

Due to the ongoing pandemic, the Old Barracks Museum has had to reinvent ways of sharing Trenton’s history with the public. However, instead of sulking in the changes to socialization, the Old Barracks has embraced the virtual situation by highlighting pieces the physical museum may have never showcased.

“We’ve been collecting artifacts since 1902, so not everything can be on exhibit all the time. Some pieces will never really make it to be displayed for various different reasons,” said Rebecca Heiliczer, the museum’s curator. “So actually, the internet has given us this wonderful tool to share what we have with the world.”

Heiliczer has been working on an exhibit, which she calls her passion project, for quite some time. The project consists of a collection of 19 different samplers from young women, ages eight through fifteen, that produced needleworks as practice of this necessary skill they would be needing in their adult life. These pieces are considered “samplers” because they are just a sample of different stitches the young women were learning.

According to Heiliczer, young girls of this time period were often taught needlework as a necessary ability one would need for the future. Whether it was through a private instructor or at a type of school, it was expected of young women to obtain the skill of needlework. Heiliczer said, “Depending on where you fell on the social hierarchy would depend on who was teaching you.”

Often times, the young girls producing these samplers would stitch their names, age, birthday and sometimes parents names into materials they were practicing on. Having this information helped Old Barracks when researching the background of these young girls.

“These are physical representations of these women and that’s unusual for the time period,” said Heiliczer.

One sampler, which Heiliczer and the Old Barracks Museum were especially proud of, was done by a young women named Mary F. Johnston. Heiliczer said, “She was 11 or 12, when she did it and it’s absolutely gorgeous; it looks almost like a painting.”

According to Heiliczer’s research, Johnston, along with her family, actually lived in part of the Old Barracks Museum building. The sampler was found in the attic of what is now called the Officers’ House. It was discovered that Johnston and her sister ran a school out of that building.

“That piece is really important for us as an organization, as well as being just a beautiful piece of art by itself,” said Heiliczer.

Heiliczer has embraced the idea of virtual exhibits by acknowledging the opportunities the Old Barracks now has to share its history. No longer bound by geography, she hopes this new exhibit brings a larger audience to experience the history the museum has to offer.

She said, “Any anytime you can share history with people, I think it’s a win, especially being able to share stories that otherwise wouldn’t be shared. I think it’s the biggest point for me personally.”