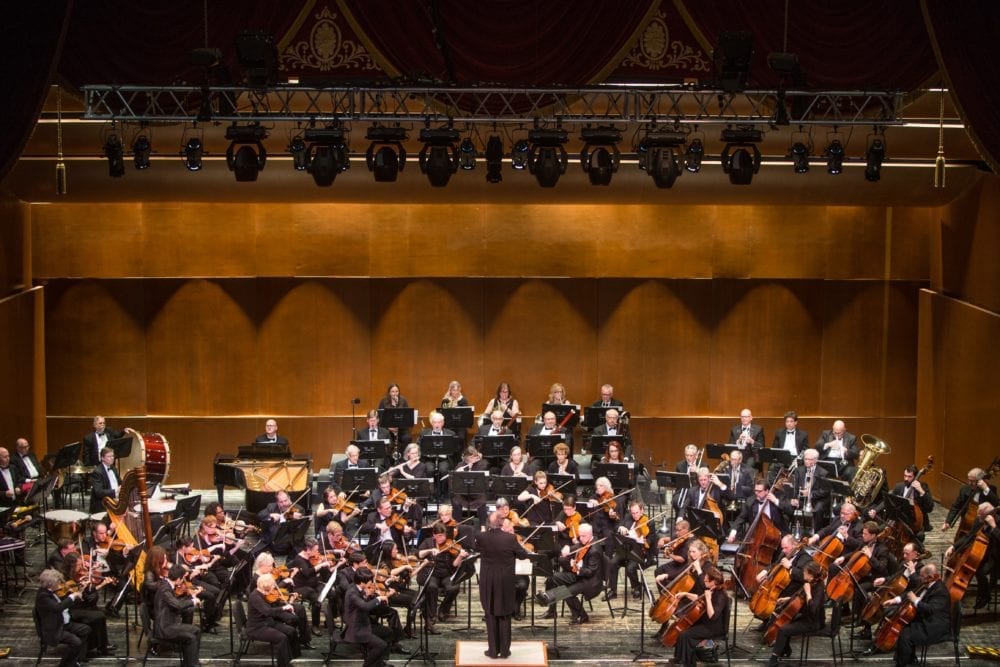 Opening Night! At Your Request with Maja Rajković, piano happens at Patriots Theater at the War Memorial this Saturday, October 19, 2019 at 7:30 p.m.​ featuring Wagner: Prelude to Die Meistersinger von Nürnberg; Mozart: Piano Concerto No. 21 in C Major, K. 467 “Elvira Madigan”; and Gustav Holst: The Planets (with The College of New Jersey Women’s Choir).

“Out of this World” is how one might describe a stellar 7th season! This opening night we present Holst’s epic work “The Planets.” Audiences were stunned by its unique beauty and power in 1919, exactly 100 years ago, and it has remained an audience favorite to this day. Beginning with the electrifying “Mars, the Bringer of War” and ending with the ethereal “Neptune, the Mystic” incorporating women’s choir, you will experience an awesome ride through the solar system.

Wagner’s energetic “Prelude to Die Meistersinger” opens the concert, followed by Mozart’s “Elvira Madigan” concerto, a rare modern nickname because of its use in the 1967 Swedish film of the same name in which its lyrical second movement was featured. This famous melody even inspired Neil Diamond’s 1972 hit “Song Sung Blue.” Serbian pianist Maja Rajković will make her American debut with the orchestra. Winner of the Carlo Soliva International Competition in Italy, the International Rachmaninoff Competition, Audience First Prize at the 24th Jeunesses Musicales International Competition, and awarded the Silver Medal of the University of Arts in Belgrade for special achievement on the concert stage, Rajković is well known throughout Europe for her thoughtful Mozart interpretations.

For its 7th season, Capital Philharmonic of New Jersey has announced a plan to encourage its patrons to consider extending the experience of attending a classical music concert by stopping by a local museum and having a meal at an area restaurant. Various Trenton-based partner venues include:

This program really is “At Your Request.” All three of these compelling works on tonight’s concert have been requested by the orchestra’s loyal audience.