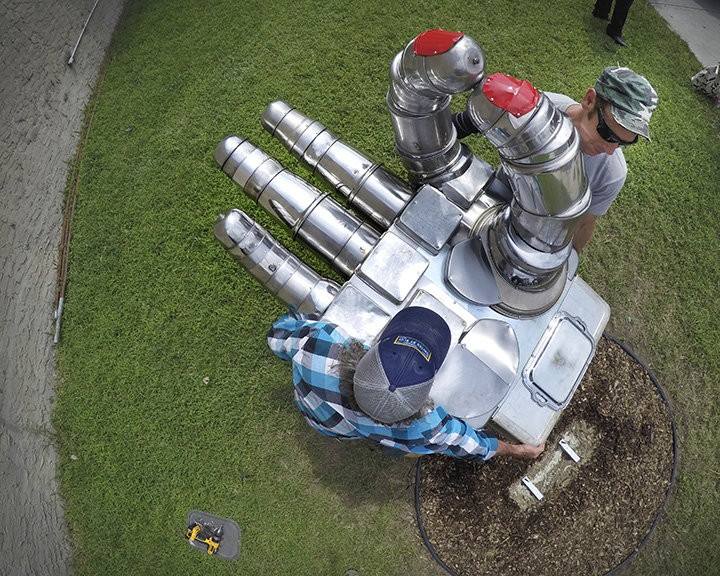 Passage Theatre Company, Trenton’s only professional theatre company, received a 2019 MAP Fund project grant for the development of its OK Trenton Project, inspired by a censored sculpture created by Trenton students in August 2017. Passage’s grant application was one of 42 selected out of more than a thousand other proposals from organizations across the United States.

In August 2017, a sculpture named Helping Hands, created by 16 Trenton students ages 12-15 during a summer camp led by HomeFront, was removed from public view after concerns that the sculpture resembled a gang sign. City officials required that the sculpture be moved. The incident led to community discussions about censorship, artistic interpretation, gentrification, and poverty.

“I am incredibly excited about this project and thrilled that the MAP Fund is giving us this opportunity,” says Passage Theatre’s Artistic Director C. Ryanne Domingues. “We will be completing a number of interviews with Trenton residents, city officials, law enforcement, and local artists. Our hope is to get to the heart of the issue and create a piece that truly represents our city.” Trenton artist and project member Bruce Lindsay says “The OK Trenton Project provides diverse perspectives on how public art can inspire conversations about important community issues, as well as broader concerns such as limits on free speech.”

Now entering its 34th season, Passage Theatre Company is committed to creating and producing socially relevant new plays and arts programming that deeply resonate with and reflect our community. Through professional productions, educational programs, and community engagement, we present diverse perspectives and new voices that inspire audiences and invigorate the art of live theatre.

Passage Theatre’s programming is made possible in part by the N.J. State Council on the Arts, a partner agency of the NEA; the Geraldine R. Dodge Foundation; The City of Trenton; WIMG 1300; The Curtis McGraw Foundation; PNC Bank; Janssen Pharmaceuticals; Otsuka Pharmaceutical; The Garfield Foundation; The Bunbury Fund of the Princeton Area Community Foundation; NJ Council for the Humanities; The Horizon Foundation for New Jersey; The Shubert Foundation; and Mary G. Roebling Foundation.