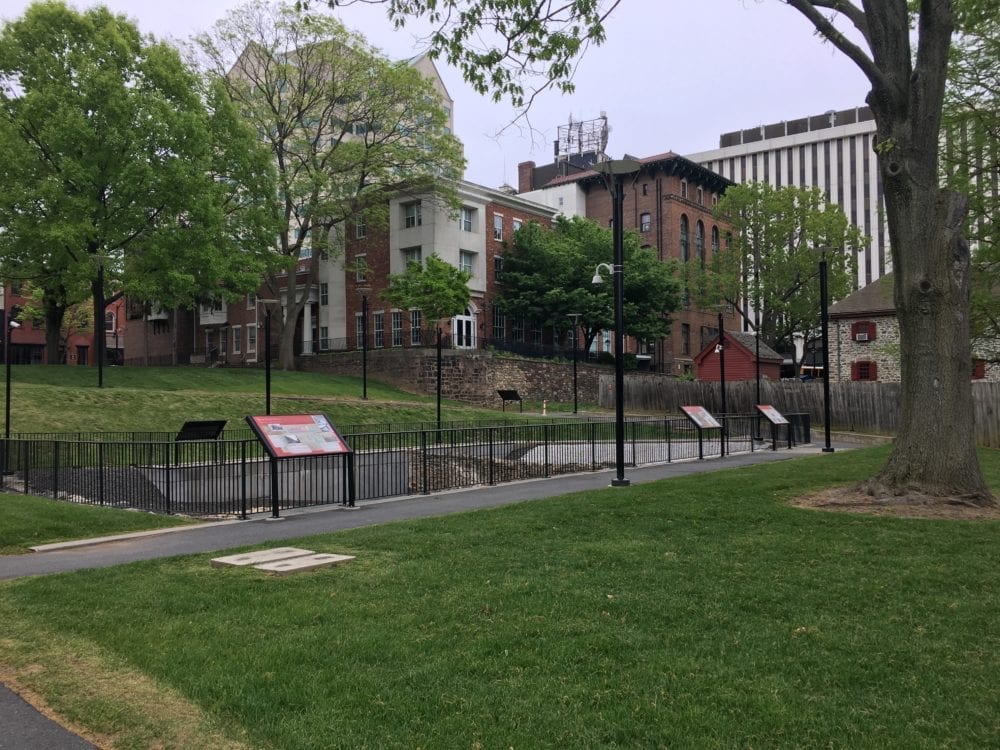 Between the Old Barracks Museum and the Statehouse sits a rather comfortable park that contains the remnants of more than 300 years of Trenton manufacturing history named Petty’s Run.

In the early colonial period, Petty’s Run was a fast-flowing creek between the Old Barracks and the New Jersey State House in the heart of downtown Trenton. Up until the time of the American Revolution, Petty’s Run effectively marked the western edge of town. Petty’s Run takes its name from Nathaniel Pettit, a Quaker settler who in 1711 purchased 1400 acres of land at Trenton, including the present grounds for the New Jersey State Capitol Building.

The mill that was on Petty’s Run now flows underground. It was one of the earliest steel mills in American and a forerunner of the great industries of Trenton. Petty’s Run was rediscovered during archaeological digs conducted in advance of an expansion planned for Thomas Edison State University.

After its rediscovery it was decided that the site would be kept open and restored in 2013 as an interpretive site and park open to the public through a partnership with DEP and Mercer County.

To check out Petty’s Run and learn more about the site’s unique history visit the park which is adjacent to 125 W. State St.