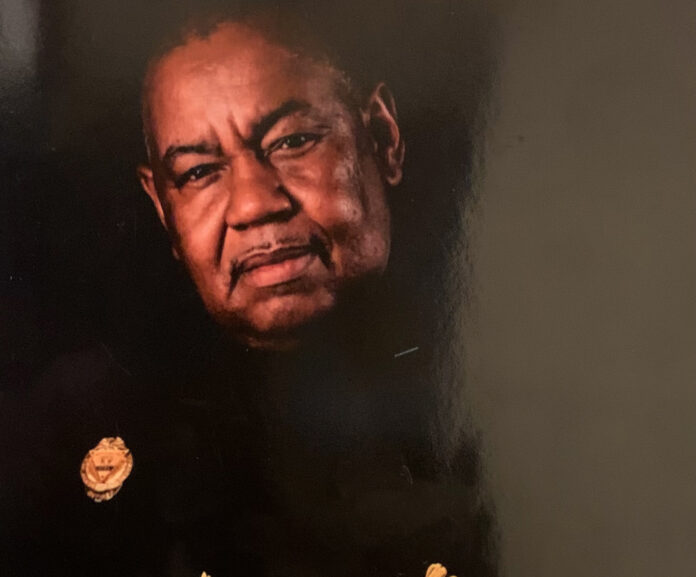 Being isolated during the time of a pandemic has driven many individuals to discover something new. Whether it’s picking up a different hobby or revisiting selfcare routines, many of us have taken the socially-distant year to self-reflect. For retired NJ State Trooper and Trenton native, Lieutenant John Day, the months of reflection resulted in a full-fledged memoir that he had written after considering the memories of pivotal moments in his life.

“My family and I were in the house just reading books and watching TV, and just being around each other, so I decided to start reflecting on all my life and things that I’ve been through,” said Lt. Day. “Sitting at home, staying in the house because of COVID, I started putting pen to paper and putting down my thoughts. I started from the beginning.” 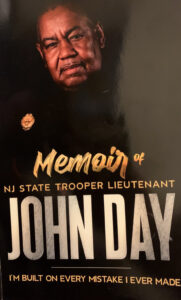 His book, ‘Memoir of NJ State Trooper Lieutenant John Day: I’m Built on Every Mistake I Ever Made,’ begins with one of the most significantly impactful moments in Lt. Day’s 56 years of living. At the age of five, Lt. Day witnessed his mother being murdered by his father.

“It happened in Virginia. My mother experienced domestic violence here in Trenton [and] she took my brother and I to Virginia to my great grandmother’s house,” he said. “[My father] came to my great grandmother’s house while myself and my cousins were in the front yard and he shot my mother. He shot her twice in the head and three times in the body.”

According to Lt. Day, at the time, he was so young that he did not know what exactly took place that day. It wasn’t until he spoke with his uncles and was shown the death certificate that he understood what happened to his mother.

Following that incident, Lt. Day became a ward of the state of Virginia for a year before his grandmother was granted guardianship of himself and his brother. That experience was the first of many life-altering events Lt. Day touches upon in his memoir.

Between the domestic violence in his household and childhood bullying attending Jefferson Elementary School, Lt. Day experienced a heavy childhood of many troubles. However, from that hardship grew an aspiration to better the communities around him. “If you glance through the book you’ll see these stories,” said Day. “That inspired me to be a state trooper.”

His drive to get involved in law enforcement grew after meeting with a police sergeant on career day at Trenton Central High School. From that moment forward, Lt. Day began studying criminal justice.

“I got my degree in criminal justice from Grambling State University,” said Lt. Day. “Luckily, as soon as I got out of school, the [Police] Academy started in March of 88′ and I graduated July 28, 1988.”

Although Lt. Day’s memoir recounts the endless memories he lived throughout his childhood and career, he wants his writings and experiences to become a conversation starter amongst police officers and the importance of intercultural communication within the field. “I tried to get other people from other cultures to understand the black culture,” said Lt. Day. “My main emphasis in the book is you can’t be afraid to have discussions when it comes down to race and different cultural differences.”

During his years working for multiple units, including his own crime suppression unit, Lt. Day advocated for open discussions about the sensitive topic of race relations. According to Lt. Day, he was “that guy in the office” to bring in PBS informational VHS tapes during time off-duty.

“I used to bring those big tapes in, put them in the VCR for lunchtime/free-time,” he said. “I brought in the Attica riots, I’ve brought in Fred Hampton, about the Black Panthers, I  brought in the movie glory to show them different snippets and I brought in the tape where Rodney King was being beat.”

Although these conversations became heated at times, Lt. Day believes in the importance of discussion to resolve conflict. In fact, other officers in private would confront Lt. Day about his presentations.

“The white guys used to say to me, ‘John Day, I appreciate you bringing it heavily,’ because they wouldn’t say it amongst each other, but when we were one on one they say, ‘I appreciate [that] we had these discussions because I never looked at it that way. I had a different lens, but you had me look at it another way,'” said Lt. Day. “That’s why I put it in the book, so when other police officers read my book, because everybody purchases my book, black or white, because it’s not a book badgering white people or white troopers or cops, I’m just giving a way to to resolve tension if there’s any in their department.”

Since retiring from his work as a state trooper, Lt. Day has sought out teaching the same lessons in communication to students. He often speaks publicly to local high schools in the area to encourage youth to openly voice and discuss existing racial tension. However, with current COVID-19 protocols, he is unable to do that. Until he is able to get back out there and verbally tell his stories to the Trenton community, Lt. Day hopes his memoir will showcase how he is truly ‘built on every mistake he ever made.’

“In the book, what I’m trying to trying to convey is, going through all these trials and tribulations I still wind up retiring as a lieutenant,” said Lt. Day. “I just want to show people perseverance and effort.”