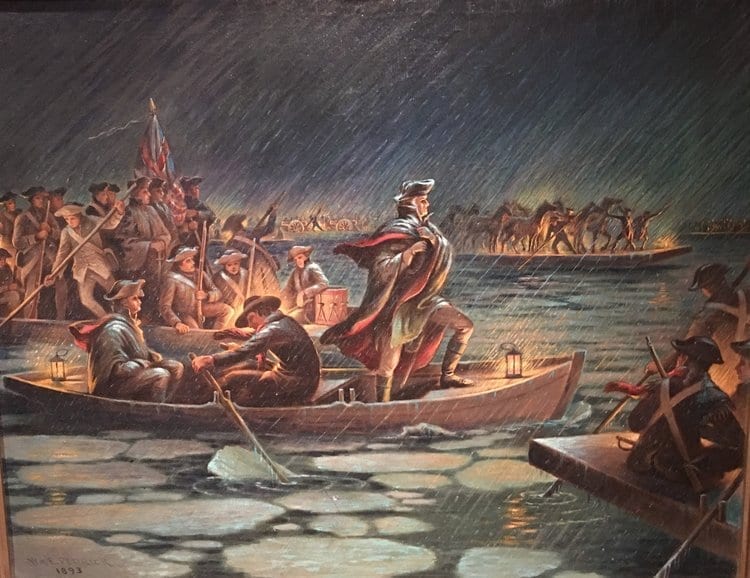 As Downtown Trenton gets ready to commemorate Trenton’s pivotal role in the American Revolution by celebrating Patriots Week, the Trenton Downtown Association’s BSB Gallery is getting in on the action. 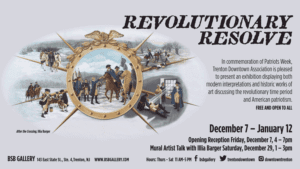 The artworks on display all celebrate Trenton’s crucial role in turning the tides of the American Revolutionary War during the Battle of Trenton as General George Washington crossed the Delaware River on Christmas Day 1776 to launch a surprise attack on the British camped out where what is now the Old Barracks Museum.

Trentonians, history buffs, and art fans alike are all invited to come see pieces such these featured below.

Revolutionary Resolve will be on display at the BSB Gallery from now until January 12th. The exhibit will also feature a Mural Artist Talk with Illia Barger on Saturday December 29th from 1 – 3 p.m. To learn more about the exhibit, visit this link.

The BSB Gallery is located in Downtown Trenton at 143 East State Street, site of the former Broad Street Bank building.