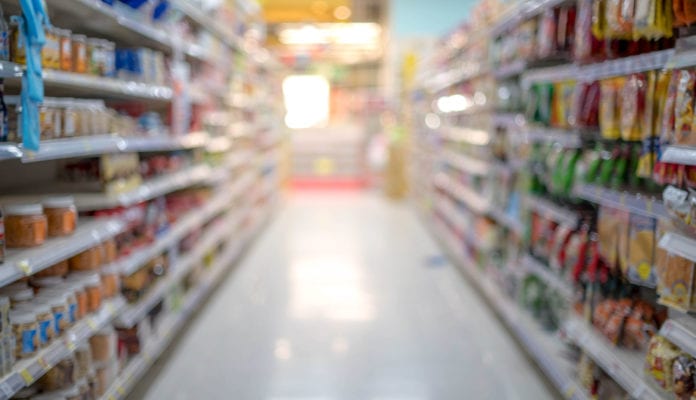 On Sunday, June 27, the Trenton Area Soup Kitchen (TASK) and Rise will host a drive-thru food distribution to provide 100,000 lbs. of groceries to approximately 1,500 families from greater Mercer County. This will be the third collaboration of its kind between TASK and Rise.

The distribution will take place in the Modway parking lot, located at 329 Wyckoff Mills Road in East Windsor, NJ. The event is scheduled to begin at 10:00 a.m. and food will be distributed on a first-come, first-served basis. Each household will receive more than 75 pounds of groceries including milk and juice; fish and poultry; paper towels; and a variety of fresh produce. The event will follow CDC and State guidelines for social distancing: attendees will remain in their vehicles to drive through the contact-free distribution line to collect a variety of fresh and packaged foods.

The two long-time collaborators worked together this past October and March to pull off similar events. In total, TASK provided approximately 200,000 pounds of food and Rise provided the means to deliver it to the roughly 2,700 households that attended.

“Soup kitchens, food pantries, food banks – we’re all seeing the same things,” said TASK Executive Director Joyce E. Campbell. “While things are tough in the cities, the suburbs and rural communities are also struggling. TASK wants to further its mission and help those people, too.”

“Since the onset of the pandemic, Rise has pivoted to the safe collection and distribution of foods, personal products, PPE and cleaning supplies in order to help hundreds of our neighbors each week,” said Leslie Koppel, Rise Executive Director. “We have hosted more than a dozen drive-thrus, and we are delighted to partner with TASK in order to reach more families.”

According to statistics from Feeding America, 762,530 people in New Jersey are facing hunger – roughly one in twelve people. Throughout the pandemic, demand for food has surged. Rise has noted a 300 percent increase in food pantry visits, topping over 1,000 visits each month. Meanwhile, TASK is serving approximately 10,000 meals each week – roughly an 80 percent increase in meal production over the same period pre-pandemic. Since the beginning of the pandemic, TASK has served more than 450,000 meals.

Both organizations foresee that this increase in food insecurity will considerably outlast the pandemic. In the month of May, the New Jersey Department of Labor & Workforce Development reported an unemployment rate of approximately 7.5 percent. Despite modest gains, only 53 percent of jobs lost at the beginning of the pandemic have been recovered thus far. In addition, the state’s moratorium on evictions is expected to end as is the temporary increase in SNAP benefits – both were enacted to help low-income New Jersey residents cope with the impact of the pandemic. Reports also show that the price of food has increased substantially since the pandemic began. According to the USDA, the price of food consumed at home increased by 3.5 percent last year.

At the March event, Maria Schamper sat in her minivan, with her aunt, waiting for the signal to pull ahead. “The pandemic has been tough with a lot of family losing jobs,” Schamper said. “We have been suffering, going through a lot, so this will help.”

Philip Moody sat in his car just a few feet away. The Korean War veteran and retired custodian never thought he’d be in a food line. But, even with his benefits, grocery costs are sometime out of reach and he needs the help.

“After years of doing things for yourself, this is difficult and this virus hasn’t helped,” he said. “But you have to make ends meet, so here I am, and I appreciate you all being here today.”

Rise, founded in 1967, strives to be the hub of social support services in eastern Mercer County, building a productive, cohesive environment where families thrive and feel valued, safe, and optimistic about their future. In addition to the Rise Pantry, Rise also operates the social-enterprise Rise Thrift Store and the Rise Academic Enrichment Summer Camp.

TASK, which has been serving the Mercer County region since 1982, operates the only week-day soup kitchen in Trenton. In addition to providing hot and nutritious meals, TASK offers a multitude of resources to encourage self-sufficiency and improve quality of life including social services, its Adult Education and Work Preparedness program, enrichment opportunities in the creative arts, and the provision of basic necessities.