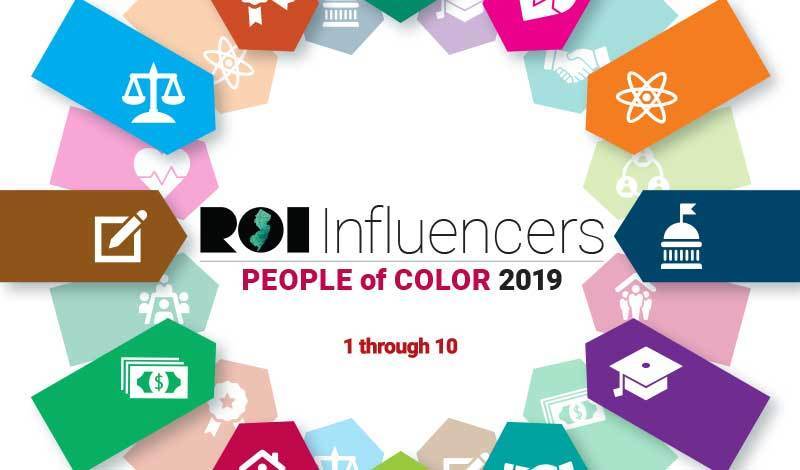 ROI-NJ released its 2019 ROI Influencers list on Monday featuring impactful People of Color in New Jersey. The list, now in its second year, includes names based on ROI-NJ’s reporting over the past year as well as discussions with more than a dozen top leaders in the State of New Jersey.

“We feel our People of Color Influencers list is one of the most important pieces of reporting we perform all year at ROI-NJ. And we say this, appreciating and respecting the view of some people of color, who feel as if honoring them for their ethnicity goes against their desire to be seen in the same light as everyone else,” said Tom Bergeron, Editor and Chief Content Officer at ROI-NJ in a statement to TrentonDaily.

“We feel ethnicity is something that still cannot be ignored. More so, we feel diversity and inclusion should be celebrated and encouraged – and for all the right reasons. Simply put, studies repeatedly show companies and organizations with diverse makeup perform better and create a happier workforce,” Bergeron added.

“In a state that will become majority-minority in the very near future, it is our duty to recognize those who are having the greatest impact promoting and encouraging diverse and inclusive workplaces,” noted Bergeron.

The entire list is impressive and includes many notable leaders like Congresswoman Bonnie Watson Coleman, a long-time and influential advocate for the people of New Jersey, who will be honored at Greater Trenton’s 2nd Annual Caren Franzini Capital City Award Celebration on December 2, 2019 and Barbara George Johnson, who leads Thomas Edison State University’s Watson Institute for Public Policy.