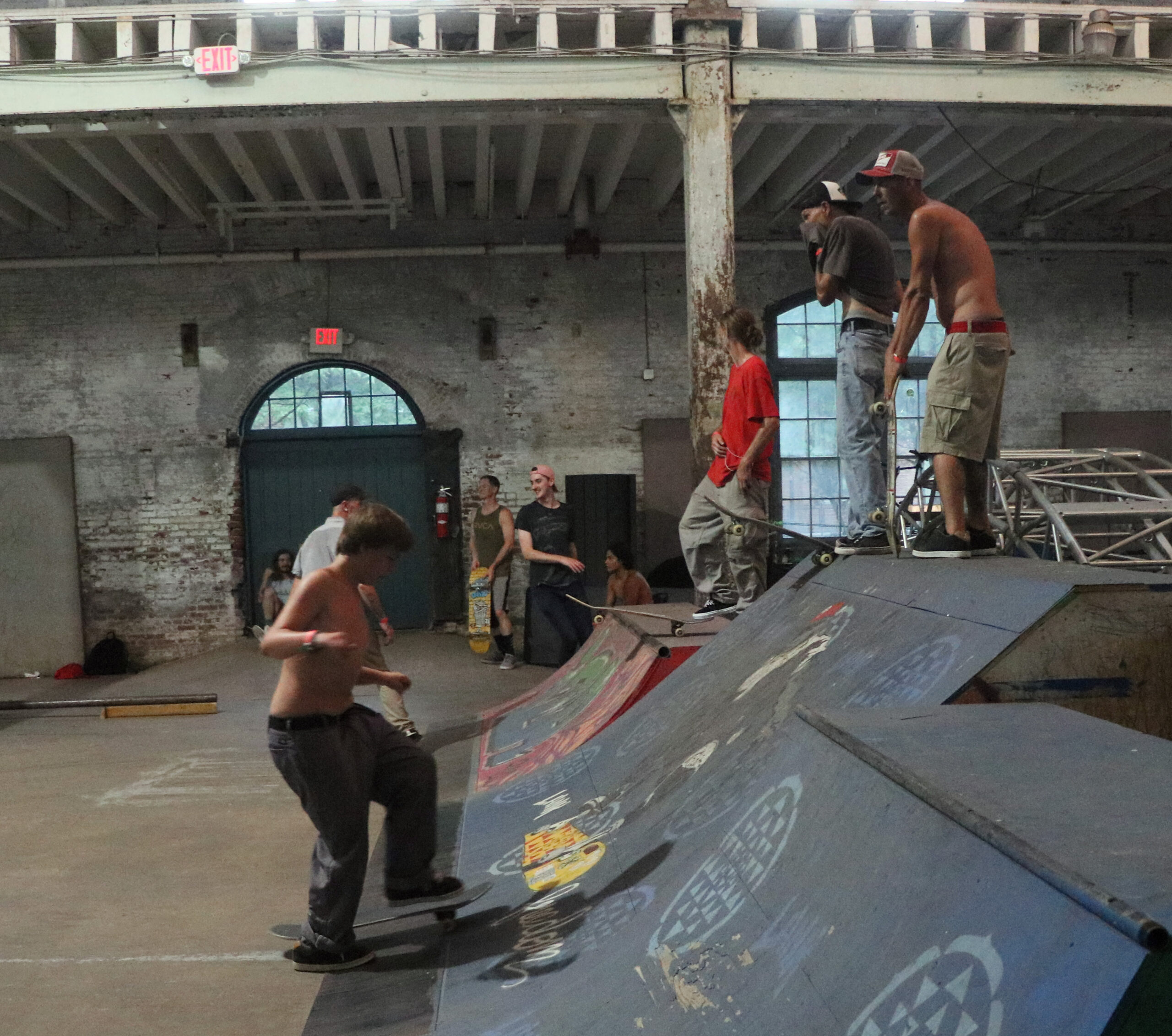 First Fridays are a staple in Trenton, and over the last few months, a new location joined the group bringing in skaters across the state to do flips, tricks, and grinds.

Freedom Skate Park is an all-volunteer skatepark dedicated to providing a creative space in New Jersey. Patrick Gallagher, Hamilton Resident, has been coming to Freedom during the winter season for two years.

Located at 675 South Clinton Avenue in Trenton, the park has steadily grown over the last years through word of mouth. Marlon Montoya, a Montgomery resident, came with his brother last year and has continued to show up. “He’s been here ever so often since then… It’s an indoor skate park. That’s just nice in general,” Montoya said.

Usually opened during the winter, the park decided to go a different route during the summer season. Jake McNichol, Executive Director of Freedom Skate Park, explained that they were excited to open the doors for the summer.

“We’re excited to be able to keep doing that outside of our winter escape program, which is the core of our programming. And then, at the same time, being able to bring in live music and live art that takes it to a whole other level. And it brings together all these creative elements you have in the city of Trenton and puts them all under one roof,” McNichol said.

They have had artists and rock bands come by and perform as skaters cruised by. Christian Castan is the lead singer of High, the newest band to perform at Freedom. They are a 90’s alternative rock cover band based out of North Jersey. “This is one of the coolest indoor skate parks I’ve ever seen. There’s like a diverse crowd here. Like it’s cool. There are kids. There are families. It’s awesome to play here,” Castan said.

Freedom allows more people to experience the benefits of skateboarding. It enhances Trenton’s cultural landscape and improves outcomes for at-risk youth by providing a high-quality, public, indoor skate park. Freedom prides itself on being where skaters of all skill levels and backgrounds can come together to practice their skills, form friendships, and learn from one another.

The board vice president Mathew Broad explained that these first Fridays had been a hit in the city. “I think we’ve definitely, as the events have gone on this summer that we’ve gotten a little bit more of a crossover people going past this theater, and they come here afterward or vice versa…So it’s been awesome to be able to cross-promote because the more people we get and try and check out, the more awesome things that are going on,” Broad said.