Home Features Community Run for Club Kids Raises over $57,000 for Community Before the Races... 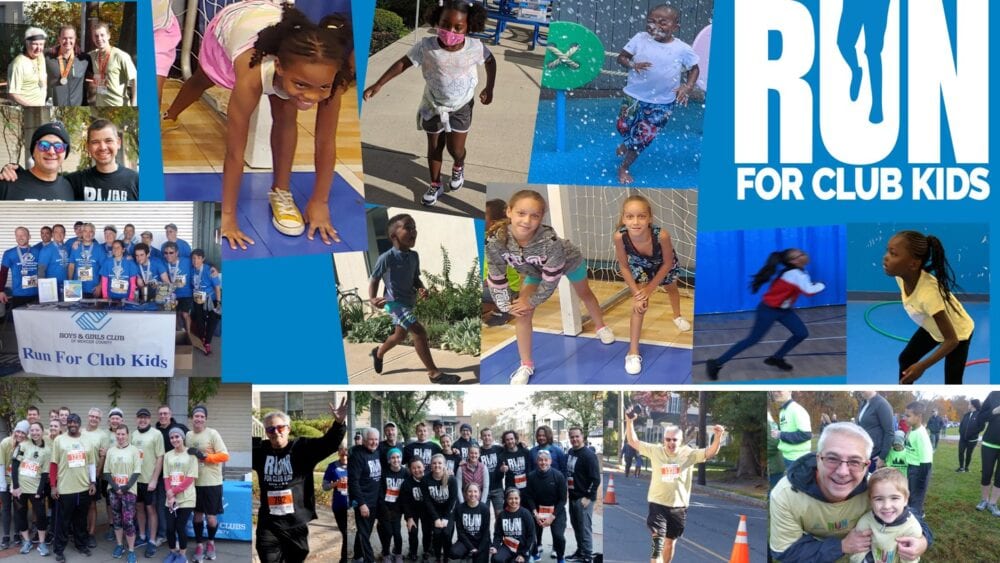 Throughout the month of October, the Boys & Girls Clubs of Mercer County will be hosting their fourth annual Run for Club Kids fundraiser. With 25 teams already signed up and over 100 participants registered, this year’s event has raised over $57,000 without yet taking its first steps.

“When a 70 year old taps you on the shoulder and says, ‘Hey, do you want to run a half marathon with me and do it for a good cause?’ it’s kind of hard to say no,” said RJ Lewis, Co-chair of the Run for Club Kids, member of the Rotary Club of Trenton and Founder and CEO of eHealthcare Solutions.

Back in 2017, Lewis’s friend and Trenton Rotary Club member, Bill Sheehy, approached Lewis and asked him to take part in the Trenton Half Marathon. His run that year was the first of many to follow to help raise money for the Boys & Girls Clubs of Mercer County.

“He tapped me and said, ‘Hey, RJ, would you be interested in co-chairing this with me? Maybe we can turn this into something big.’ I said, ‘Sure, let’s do it’,” said Lewis.

What started out as two friends partaking in the Trenton Half Marathon together, turned into a county-wide event that has raised almost half a million dollars to date.

This year, with the rise of the global COVID-19 pandemic, the Run for Club Kids ran into a dilemma. The event, which would typically involve a crowd of people gathering at one location to run, has been virtualized. However, instead of sulking over the predicament, both Lewis and Sheehy decided they could use this change as an advantage for the fundraiser.

“We kind of said, ‘Hey, let’s turn lemons into lemonade and figure out how to make this race even better as a result of COVID by going virtual. As we started to think about it, we said, ‘You know, we aren’t limited anymore by geography. We can get people around the world to run if we wanted to,'”  said Lewis; and they wanted to.

In fact, Lewis pushed the means of recruitment outside of the county and even outside of the country with a friend all the way in Germany running for the cause. By combining both of their respective industries (Lewis in pharmaceutical marketing and Sheehy in financial  services and wealth planning), the co-chairing members have recruited a number of companies to create running teams and donate towards the Boys & Girls Clubs of Mercer County.

Companies such as NJM Insurance Group, Otsuka Pharmaceutical, Hibbert Integrated Marketing Solutions and Services and many others have all created teams of runners this year. According to Lewis, a friendly competition forms each year with companies to see who can raise the most. This light-hearted battle helps benefit the true purpose of this run; to raise funding for the Boys & Girls Clubs of Mercer County.

The Run for Club Kids is a major financially supporting event for the Boys & Girls Club of Mercer County. Across the state of New Jersey, for every $1 invested in a Boys & Girls Club, there is a $15 return on economic impact. This impact is viewed through the clubs efforts in attaining student academic success, support of working families, increase in student health and in teen pregnancy prevention.

The Boys & Girls Clubs of Mercer County prides itself on its ability to improve the lives of children in communities through academics and social engagement. The students attending the Boys & Girls Clubs of Mercer County have a 95 percent high school graduation rate among the senior class and a post-secondary placement rate of over 90 percent. On average, 75-80 percent of graduating seniors who attend the clubs go off to college, 10-15 percent go to technical school and 5-10 percent join the military or go directly into the workforce.

“Through the funds we’ve raised, we built a financial literacy program as well as an entrepreneurship program. We’ve also started a college access program where we’ve given away dozens of college scholarships to the kids who are showing the most promise and really have the ability and the natural talent to be able to go to college, they just can’t necessarily afford it,” said Lewis. “We use funds and are giving these kids a real fighting chance to go out in the world and be productive.”

As part of this years virtual expansion of the run, the program is encouraging anyone with any level of ability to just be active. This year, participates can run or walk for as far or as long as they can. The possibilities are endless.

Lewis said, “Everybody’s got flexibility, which kind of removes a lot of the barriers. I’m joking with people when they say, ‘I don’t know if I want to do a run or a walk’. I joke and I say, ‘Can you walk to the refrigerator? If you can, you qualify’.”

With this year’s upcoming run month, Lewis hopes the fundraiser as as a whole hits a combined total of $500,000. As the number of participants keeps rising, the Run for Club Kids fundraiser is expecting to make that mark.