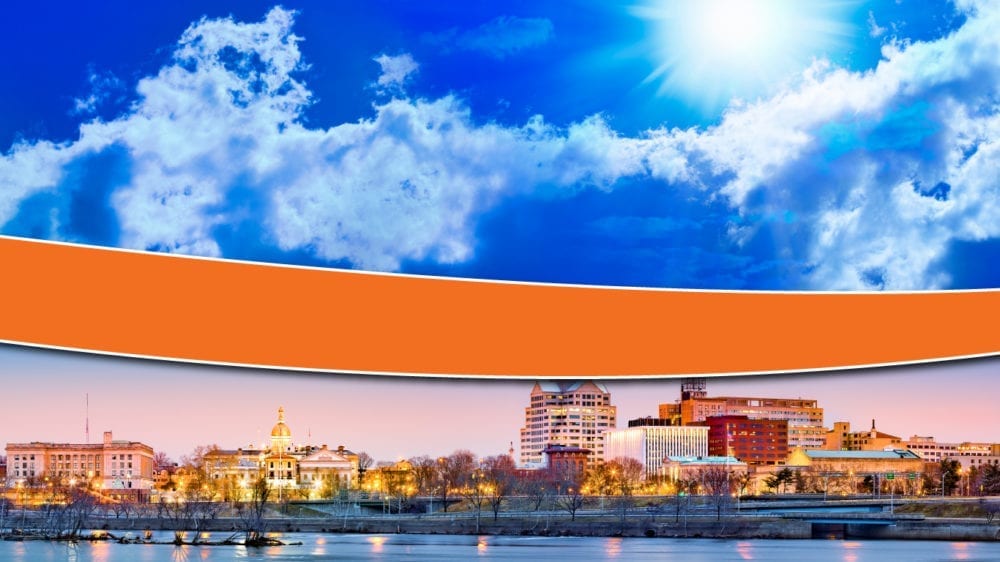 Building on last year’s success, Greater Trenton’s Second Annual Caren Franzini Capital City Award Celebration, happening on December 2, 2019 at Cooper’s Riverview in Trenton, will continue to inspire collaboration while reflecting on Trenton’s past, re-imagining its future, and engaging with some of the most influential leaders impacting the Capital City. On December 6, 2018, Greater Trenton launched its First Annual Caren Franzini Capital City Award Celebration at the New Jersey State Museum with hundreds of attendees feeling re-energized about the immense potential of New Jersey’s Capital City.

Honoring the legacy of Caren Franzini, former NJEDA CEO and one of the founders of Greater Trenton, the Annual Caren Franzini Capital City Award Celebration pays homage to Caren’s bold, relentless and unselfish leadership as a true friend and advocate in New Jersey’s Capital City and the entire the State of New Jersey. Featuring an elegant evening of cocktails, conversations and collaborations, the celebration will bring together more than 250 attendees including prominent community, government, and business leaders at this inaugural event led by Greater Trenton’s Chair Anthony “Skip” Cimino and CEO George Sowa.

Happening at Cooper’s Riverview, 50 Riverview Plaza in Trenton, on Thursday, December 2nd at 5 p.m. with a pre-celebration at 4 p.m. for VIP ticket holders, this year’s Caren Franzini Capital City Award will be presented to Congresswoman Bonnie Watson Coleman.  The Congresswoman is a long-time and influential advocate for the people of Trenton and throughout New Jersey and is currently serving her second term in the United States Congress.

The daughter of legendary state legislator John S. Watson, Bonnie Watson Coleman has continued a family legacy of public service fighting for women, economically and socially disadvantaged populations, and other vulnerable groups in our society. She shattered racial and gender barriers to become the first African American woman to serve as Majority Leader of the New Jersey General Assembly, and as the Chair of the New Jersey Democratic State Committee. Her election to the House of Representatives makes her the first African American woman to represent New Jersey in Congress.

“We look forward to celebrating, once again, Caren’s timeless legacy as a champion for economic revitalization in New Jersey’s Capital City and throughout the State,” said Anthony “Skip” Cimino, Board Chair of Greater Trenton. “Caren will forever be in our hearts as we build on her momentum for years to come, bringing together hundreds of leaders to collaborate on ways to leverage Trenton’s assets and opportunities to achieve success and provide opportunities for all.”

Caren Franzini and Bernie Flynn, former president and CEO of NJM Insurance Group and Chair of Greater Trenton’s Advisory Committee served together as the first co-chairs of Greater Trenton. Recognizing Caren’s pivotal impact and commitment to bringing jobs, businesses and places to live to the downtown, Mr. Flynn suggested creating the Caren Franzini Capital City Award as an annual celebration to honor Caren’s legacy and revisit her vision and revolutionary work in support of Greater Trenton’s mission.

“Some leaders have such a profound and undeniable impact on everything they’re associated with; and Caren Franzini was one of those leaders,” said Bernie Flynn, Chair of Greater Trenton’s Advisory Committee. “The very core of what Greater Trenton is today, where the State of New Jersey is today, and the promising trajectory of our Capital City, is because of her passion, her vision and her leadership.”

“I believe deeply that this city can once again be a regional economic engine and we are committed to providing Mayor Reed Gusciora, City Council and the business community, the tools to see that happen,” said New Jersey Governor Phil Murphy during a speech at last year’s Caren Franzini Capital Award Celebration held at the New Jersey State Museum.

“The depth and breadth of attendees who came out last year to support Greater Trenton’s efforts, speaks volumes to a collective desire and passion to engage in initiatives that advance economic development and improve lives of current and future residents in New Jersey’s Capital City,” said George Sowa, Chief Executive Officer of Greater Trenton. “As we embark on our Second Annual Caren Franzini Capital City Award Celebration to honor Caren’s vision to catalyze Trenton’s revitalization through Greater Trenton, we’re thankful for the continued support and collaboration from local and regional business, community, government and non-profit leaders and representatives.”

A portion of the monies raised from this event will be invested in Trenton’s youth through a scholarship fund that directly develops strong writing, public relations and communications skills right here in downtown Trenton. As part of this process, Greater Trenton invites aspiring journalists at Trenton Central High School to work with TrentonDaily.

“Greater Trenton’s Communications Scholarship and Internship Program offers a tremendous opportunity for exceptional Trenton students to not only strengthen a passion for writing, but to also help bolster positive stories about Trenton from talented minds and bring fresh perspectives to the city’s multifaceted story from a lens of progress and opportunity,” said Bryan Evans, Vice President of Marketing and Communications at Greater Trenton. “We had tremendous success with our first two Scholarship and Internship Award recipients and look forward to cultivating more talent and opportunities in 2020 working with students at the newly constructed Trenton Central High School.”

The celebration has been made possible by a committee of community leaders, co-chaired by Brenda Ross-Dulan, Principal at the Ross Dulan Group, LLC and Mike Van Wagner, Vice President of Public Affairs for NJM Insurance Group. A number of sponsors have already come on board including: Envisioning Sponsor NJM Insurance Group; Building Sponsors Novo Nordisk, Wells Fargo, M&T Bank, PSEG and PNC Bank; and Collaborating Sponsor AT&T.

“The fact that Caren Franzini was so heavily involved in the creation of Greater Trenton validates the importance of the organization to our Capital City,” said Brenda Ross-Dulan, Principal at the Ross Dulan Group, LLC. “From encapsulating the true essence of leadership and leveraging key opportunities to paving a path for diversity and inclusion, Greater Trenton embodies what Caren has always stood for. We look forward to coming together for our Second Annual Caren Franzini Capital City Award Celebration on December 2nd. Everyone’s support is welcomed and needed.”

“What began advancing several years ago due to Caren’s efforts is now paying dividends as Greater Trenton showcases tremendous assets, builds strong collaborations and partnerships, and supports economic development projects of consequence throughout our Capital City,” said Mike Van Wagner, Vice President of Public Affairs for NJM Insurance Group. “I’m thrilled to serve as a co-chair on this event along with Brenda Ross-Dulan, who did an outstanding job pulling last year’s program together with Greater Trenton’s Board, Advisory Committee, staff and task forces.”

For information on how you can join the effort to memorialize Caren’s extraordinary leadership while helping Greater Trenton reinvigorate New Jersey’s Capital City, please visit www.greatertrenton.org/CapitalCityAward or  reach out to Bryan Evans at bevans@greatertrenton.org or 609-GREATER (609) 473-2837 x102. 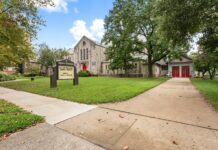