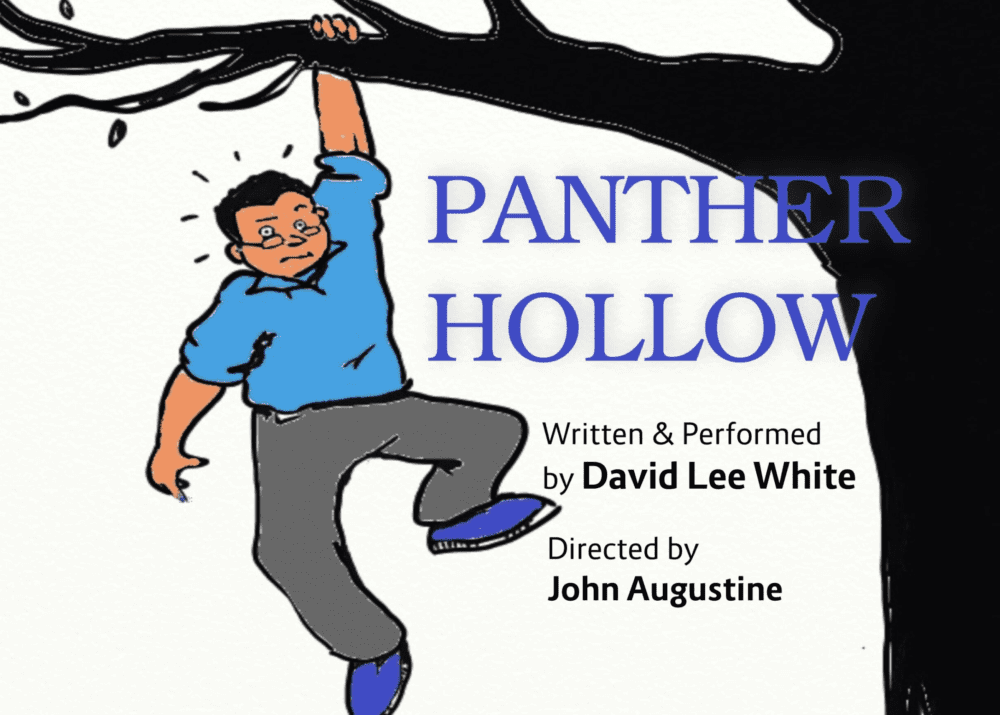 White has been working with Passage Theatre since volunteering with their educational playmaking project back in 2002. At the time, White found an interest in the Passage Theatre’s teaching techniques.

“It was just a really great way to engage young people in theater, not through acting, which a lot of programs do, but through the act of writing,” said White in an interview with Passage Theatre Company. “I think that was one of the things that made me start writing.”

Since then, White has written numerous shows ranging from biographical pieces, such as Rocket Sex Magic, a play about real-life rocket scientist and occultist, Jack Parsons, and comedy pieces such as ALiEN8, about a midwestern towns prom night gone oddly wrong.

“At some point, after writing two or three dark comedies, I decided I wanted to do something a little bit different,” said White.

This weekend, White’s play Panther Hollow will be showcasing a deeper and more personal message of his private struggles with love, sex and clinical depression. He said, “I had always wanted to tell the story of my battle with clinical depression when I was 25 years old because, first of all, I thought, that’s going to be a laugh riot, but also because it was something that felt like a story I had to offer that maybe was important.”

Through a year of progress, White learned to understand the stigmas of mental health as he battled through the suicidal thoughts and paranoia his clinical depression brought him through. On the journey, he also learned about therapy, medication and psychiatry to help him cope and work through that time period.

Although it was a rough period of time for White, going through what he did and being okay at the end of it proved to be an inspiring story; one in which he hopes to share with the world through this play.

“One thing that the experience has taught me was to have hope, that there was nothing so bad that it couldn’t somehow be fixed or adjusted or overcome,” said White.

To hear David Lee White’s full interview with the Passage Theatre Company or to buy tickets to the show, click HERE.