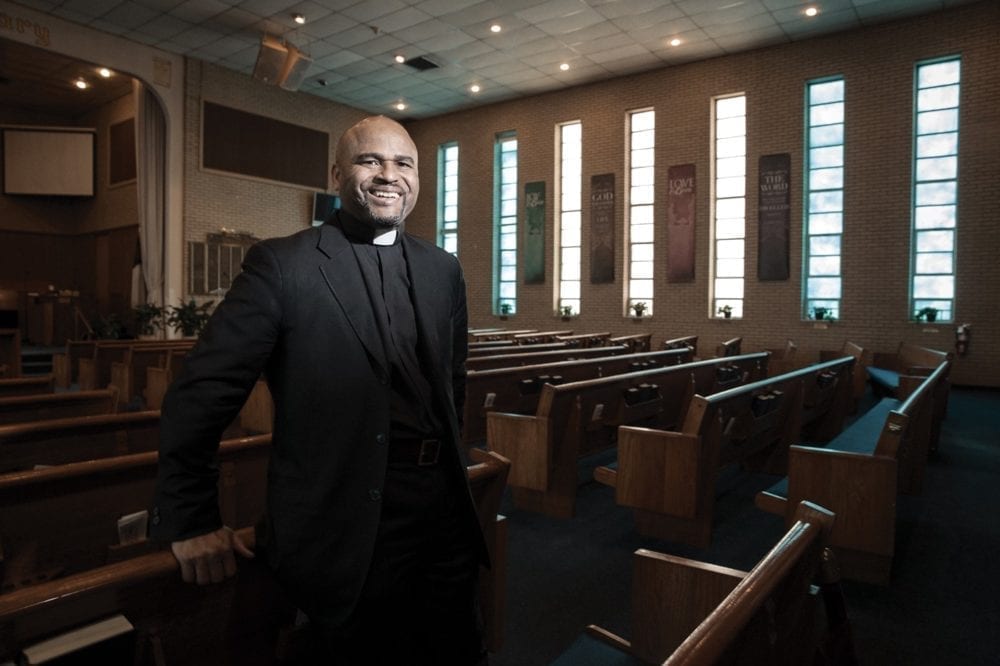 Rev. Darrell LaRue Armstrong, Pastor of Shiloh Baptist Church and President of Shiloh Community Development Corporation, is deeply passionate about uplifting communities in Trenton both spiritually and economically. Over more than a century, there have only been a few Shiloh pastors at the helm. Armstrong serves as the third pastor and leader of this faith-rooted community and historically African American place of worship.

On Bellevue Avenue at the site of a former paper factory, Shiloh is looking to build The Rev. Dr. S. Howard Woodson, Jr. Family Life Center – a $7 million facility which the organization believes will help transform family engagement in the surrounding community. They intentionally purchased the old Crest paper factory to fill a considerable void in the neighborhood. A housing project located across from North 25, which the late Rev. Dr. S. Howard Woodson, Jr. was instrumental in helping to build back in the 60s, has 100 high-rise units for seniors and 250 low-rise units for low to moderate income families. Unfortunately, the kids had no place to go – no recreation center or productive outlet to get them off the streets. The soon-to-come Family Life Center will incorporate a gym, recreation center, and a job training facility to give these young people opportunities and positive engagement.

“Trenton is at the epicenter of one of the most important states in America. As goes Trenton, so too goes the State of New Jersey,” said Armstrong. “We’re the most religiously diverse and racially diverse – and I want our city to reflect the success that the state brings to our union. To make that happen, it’s going to take grassroots organizations, individuals and families to not just wait for the top to come down, but for all of us to push from the bottom up.”

About 10 years ago, Shiloh Community Development Corporation received a grant from the Department of Workforce Labor and Development to develop a community-based one stop program, which eventually launched the organization into the career planning and workforce development arena. The organization now runs a career center which helps with resume building, interviewing, and other soft skills.  More recently, the organization began working with business development entities to offer job placement opportunities.

Two major areas of concern according to Armstrong are between North 25 and Spring, Hanover and Passaic Streets. “If we can affect the development that sits between those hot spots, we believe we can begin to turn the tide,” added Armstrong. “There’s a lot of opportunity that will compliment what Greater Trenton is doing downtown – and we believe that faith-based development will help drive economic revitalization.”

“I’m a native of Los Angeles, California and I used to always envy the East Coast Kids, because I could only read about things in history books, but they could go out and see them,” said Armstrong. “Trenton is the turning point of the American Revolution. New Jersey has always led in social change with affordable housing in Mount Laurel and education with the Hedgepeth and Williams decision to desegregate New Jersey schools 10 years before Brown vs. Board of Education.”

Shiloh CDC is aiming to have Trenton designated as one of more than 20 Purpose Built Communities – an initiative established in 2009 to replicate the East Lake, Atlanta model in other urban areas of concentrated poverty around the nation. Billionaire investor Warren Buffett and former hedge fund manager Julian Robertson joined Thomas Grady Cousins – a real estate developer and philanthropist known for his desire to help urban areas – in backing Purpose Built Communities. The organization is now involved with numerous similar initiatives across the country. The effort provides a blueprint for breaking the cycle of intergenerational poverty and building brighter futures.

“What we have around our church is a zone of development that we want to make akin to the Harlem Children’s Zone in New York or Magnolia Place in Los Angeles,” noted Armstrong. “We call this a Spiritual Family Empowerment Campus – and the Rev. Dr. S. Howard Woodson, Jr. Family Life Center will be an anchor project in the family life campus.”

Across the street from Shiloh on Rev. S. Howard Woodson Jr. Way, sits the remains of an old bar that the organization purchased with plans to convert it into a senior living facility. Down the street is the Nixon School, the first black school in the City of Trenton which could become an educare center offering high-quality early education programming.

Shiloh has purchased other properties that will hopefully become youth transitional facilities. It’s all part of a divine faith-based vision centered around the church community.