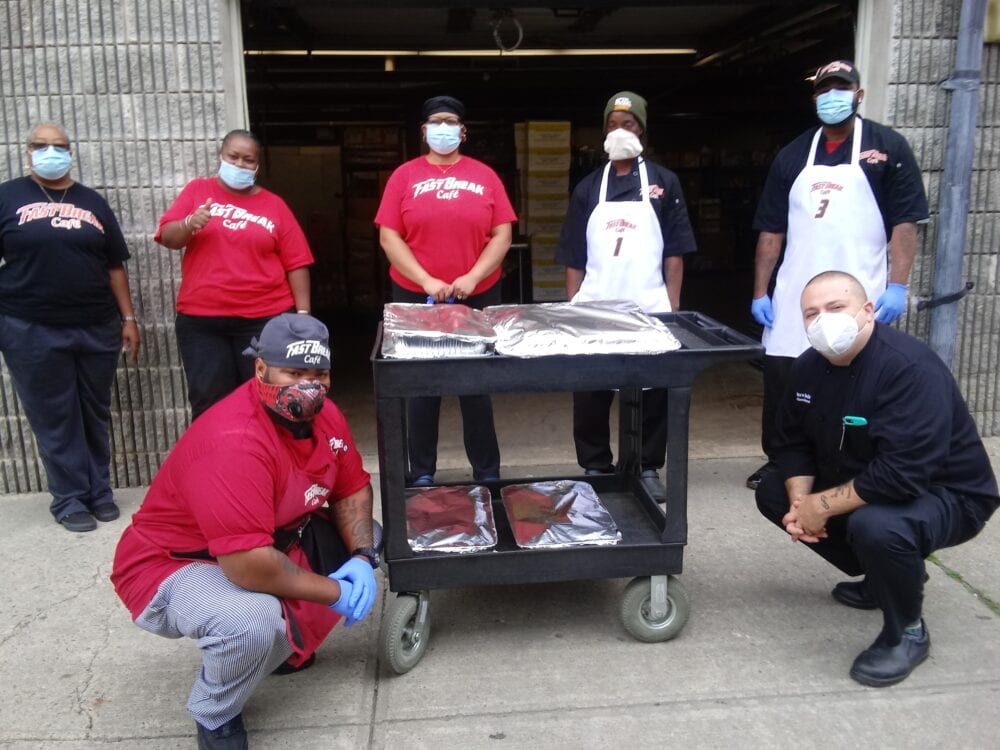 In April of 2020, SoupKitchen411 announced the start of its “FeedNJ” initiative, which allowed local restaurants to connect with soup kitchens to feed families that were financially impacted by the COVID-19 pandemic. By purchasing meals from local restaurants and delivering them to various soup kitchens around New Jersey, FeedNJ is helping the community in profound ways amid the pandemic.

Founded in 2015 by Ken DeRoberts, SoupKitchen411’s primary objective is to connect soup kitchens with neighbors and strangers in need of a warm meal. The FeedNJ Initiative, however, was born out of a partnership between SoupKitchen411, State Assembly Speaker Craig Coughlin, and the Port Authority of New York and New Jersey Chairman Kevin O’Toole (a former State Senator). Both Coughlin and O’Toole have supported the initiative by lending their name to it, speaking publicly about food insecurity and making monetary donations.

DeRoberts began in April with a goal of $25,000. However, after four months into the COVID-19 pandemic, the organization has raised well over $200,000, which far surpassed their own expectations. DeRoberts mentioned that major corporate contributors such as Walmart, Coca Cola and CVS Pharmacy have played a major role in helping them go beyond their initial goal. SoupKitchen411 has also received a gold star rating from GuideStar, an information service specializing in reporting on U.S. nonprofit companies.

“This has been really special for us. It’s really heartwarming to see the support and now we’ve upped our goal and are continuing the program. We thought this would only last a couple of months but obviously this isn’t going away, the hunger problem is still prevalent, and restaurants are still hurting. With that said, we’ve decided to keep this program ongoing as long as it is needed,” DeRoberts stated in a phone interview.

SoupKitchen411 has also been able to provide food for the Trenton Area Soup Kitchen on many different occasions within the past four months, thanks to the participation of restaurants in the local area. To date SoupKitchen411 has been able to help serve about 20,000 meals to people in need, and that number will continue to grow over the next few months.

In tandem with the FeedNJ initiative starting on August 28th, SoupKitchen411 will be commencing its #FeedingFriday program, where the organization looks to serve about 3,000 meals every fourth Friday of the month. SoupKitchen411 has worked with over 40 restaurants in the local area to bring hot meals to those who desperately need them.

Exceeding its fundraising goals, the organization is looking to raise $1,000,000 by the end of the year to help those affected by the pandemic. Since SoupKitchen411 is an information resource, people looking to donate money, food or do volunteer work can go to their website at https://soupkitchen411.com. The site will locate soup kitchens in local areas so donors can may make their own contributions and help people in need.