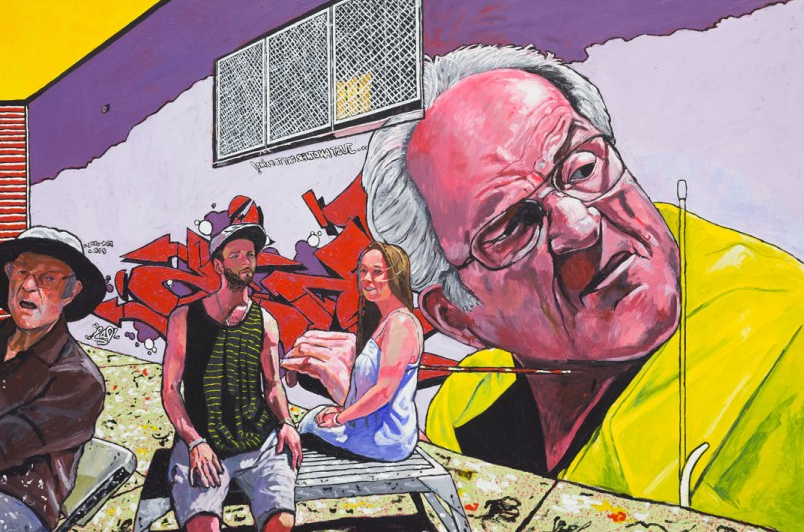 Trenton is a city buzzing with creativity and ingenuity. As policies are devised and debated at the State Capital, inventions are abuzz at Mercer County Community College’s (MCCC) James Kearney Campus, as artists take to various canvasses throughout the city. Whether traditional, on the side of a building like Terracycle, or somewhere in between, the strokes of Trenton’s artists are creating unique and phenomenal art.

One of Trenton’s most established and renown artists, Mel Leipzig, first came to Trenton from Manhattan in 1968 to teach at MCCC’s Downtown campus and eventually moved his family to Trenton in 1970. He recalls this move as one of his mother’s happiest days, particularly since his mother’s family lived in Trenton before moving to Manhattan in 1913.

Mel found the city of Trenton to be calmer than Manhattan, which allowed him to develop his skills and artistic style. He also found that Trenton’s smaller size, compared to some other urban areas, allowed him to get to know everyone and forge meaningful relationships inside and outside of the vibrant arts scene. 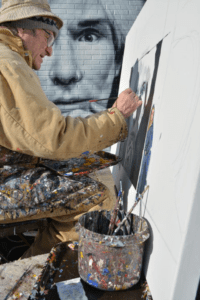 Through his teaching and work, Mel has mentored many of Trenton’s prominent graffiti artists such as Leon Rainbow, Jonathan Conner, Dean “Ras” Innocenzi, “Ras”, and Liz “Esid” Sidler. These artists are brightening up canvasses throughout the area such as Terracycle’s headquarters on New York Ave, the Broad and Front Street garage, as well as commissioned murals for several entities such as the Trenton Health Team.

Mel was also one of the founding members of the Trenton Artists Workshop Association (TAWA) in 1979 during his time at MCCC along with Dr. Mary Howard and student Latta Patterson. TA

WA has performed and has been instrumental in keeping the arts strong in the Capital City. Also during his time at MCCC, he led an artist exchange with the then Soviet Union in 1989 where six artists from Trenton went to Russia and six Russian artists came to Trenton.

At 83 years young, Mel has had a storied career spanning over half a century – one that has certainly left an indelible mark on the Capital City. However, despite his successful career, he continues to work and improve his craft. Today, he focuses mostly on painting individuals without any preparatory drawings or sketches. His works have become even more intricate and challenging over time.

When asked why the arts are so important for Trenton Mel responded,

“Artists can do a lot to revitalize a city.”

To learn more about Mel Leipzig and his work, visit his website at https://www.melleipzig.com/. To learn about his current exhibit at Rider University, visit it online at https://www.rider.edu/events/rider-university-art-gallery-mel-leipzig-octogenarian.