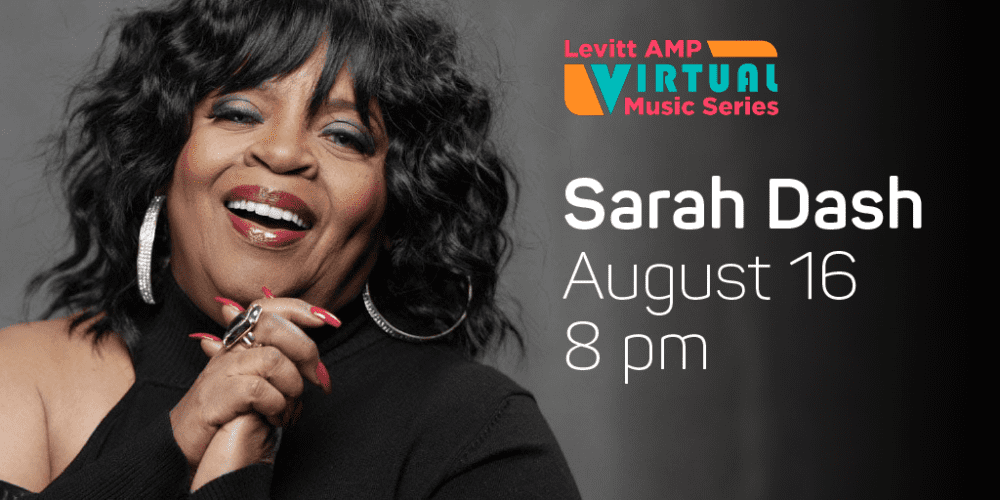 Sarah Dash, Trenton’s Music Ambassador and one of the world’s most celebrated soul, funk and disco singer-songwriters, is having a birthday—and everyone is invited! Celebrating her 75th birthday, Sarah Dash will perform live from the digital stage of the Levitt AMP Virtual Music Series, along with a lineup of other all-star performers and a nationwide audience.

As a solo artist, the Trenton native and Grammy Hall of Fame inductee once topped the international dance charts with the classic Sinner Man and has collaborated with such greats as Nile Rodgers, Sylvester and The Rolling Stones (appearing on the Stones’ 1989 album “Steel Wheels”). Dash was also the only female member of Keith Richards’ super group, The X-Pensive Winos.

After 50 years, Dash continues to use her voice as a performer and advocate for expanding the performing arts. In her role as Trenton’s Music Ambassador, she promotes the positive impact of music on the lives of Trenton residents.

“We are not only excited that we can bring this show to our community, but also proud to bring  our community to the world as part of this coast-to-coast virtual concert series,” says Meaghan Singletary, Development and Project Manager for TDA. “This is just the kind of joyful evening we all need right now. We are incredibly grateful to our sponsor NJM Insurance, and we are especially thankful to New Jersey State Council on the Arts for reallocating funds from the 2020 Levitt AMP Music Series to  allow us to present this event.”

“We hope you join us for a night of music that is sure to lift your spirits. If you love Trenton, or music, or community, this is not an event you will want to miss,” added Singletary.