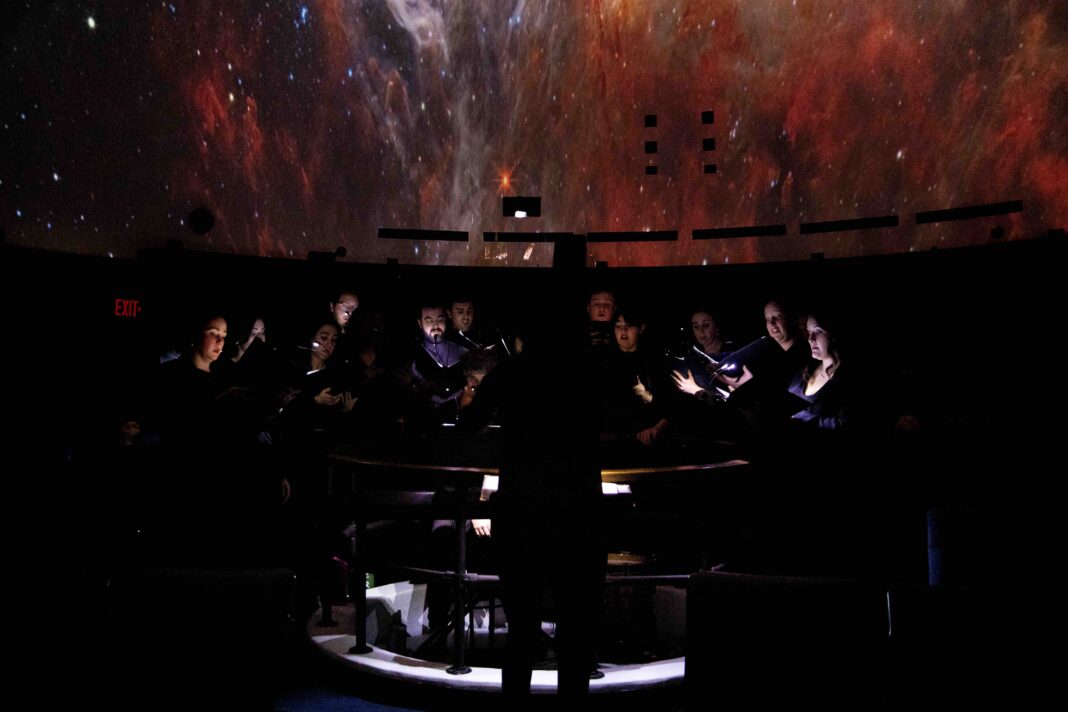 Throughout its rich history, Trenton has always been a community where artists could thrive. Visual artists, performers, dancers, and more have made this community their home for decades. A rising star in Trenton’s art scene, The LOTUS Project is making its mark, with dynamic performances and experiences.

Providing audiences with an immersive musical experience, The LOTUS Project brings profound performances like its latest production, “Consolation of Apollo.” Rather than gather at a traditional music hall, attendees of this interstellar performance were invited to the New Jersey State Museum for a concert under the stars. As a result, beyond the performers’ incredible talent, the audience was left with more: an opportunity for wonder, renewal, and a blissful escape into the starry night sky.

These transcendent performances allow audiences to delight in the arts while supporting our city’s thriving arts community. If you missed the first installation of this incredible performance, do not worry. By popular demand, the ensemble will host a second performance on Saturday, January 28th, 2023. If you plan on attending, RSVP online here: Tickets – Consolation of Apollo. Tickets are donate-what-you-can with the recommendation of $25/per person.

We had the chance to speak with The LOTUS Project’s Artistic Director, Alicia Brozovich. During our discussion, we had the opportunity to learn how the project came to be, what the Trenton community means to them, and what comes next for this group of powerhouse performers. Brozovich described the organization’s ethos: “We want to create immersive concert experiences that give people a moment of transformation in their own lives, musically, artistically, whatever that means, large or small. One single concert doesn’t change the world, but I think, especially through the pandemic, we learned how incredibly important one single concert can be as an experience for everybody.”

The LOTUS Project seeks to serve as a collaboration of artists, with the ultimate goal of creating a city-wide arts festival in Trenton. The organization’s continued commitment to the city’s development is one aspect that makes it so special. In discussing why the LOTUS Project landed in Trenton, Brozovich stated, “My husband and I are both transplants from the Midwest. We moved out here to get our Master’s at Westminster Choir College, and when we moved out here, we were told not to go to Trenton. After actually going into the city, I accepted a job at the Trenton Children’s Chorus. I worked there for three years as their Development Director and got to know the city.”

Continuing, she noted, “I know that cities have a lot of history, both good and bad, but I tend to have a love for these industrial spaces that can be converted into something really beautiful. I really love what’s happening at Roebling Wireworks; I think that’s amazing and demonstrates what can be done for a city through development and through partnerships.” Alicia and her family have since settled in the Trenton community, officially making New Jersey’s Capital City their home.

In discussing how the project has taken shape, Alicia noted, “It takes the right partnership and leadership in the city, and so our process is we go and meet people. The last thing we want is to get any sort of savior complex about the city; we just want to be a part of it.”

As an artist, performers in this ensemble are given a unique opportunity to serve the broader community. Expanding on this idea, Brozovich stated, “We happen to be classical musicians and a lot of us our classical singers. That’s our medium. But we’re looking to grow into something bigger. That’s why we’re trying to use these different performance spaces like the planetarium and give people a different experience.” 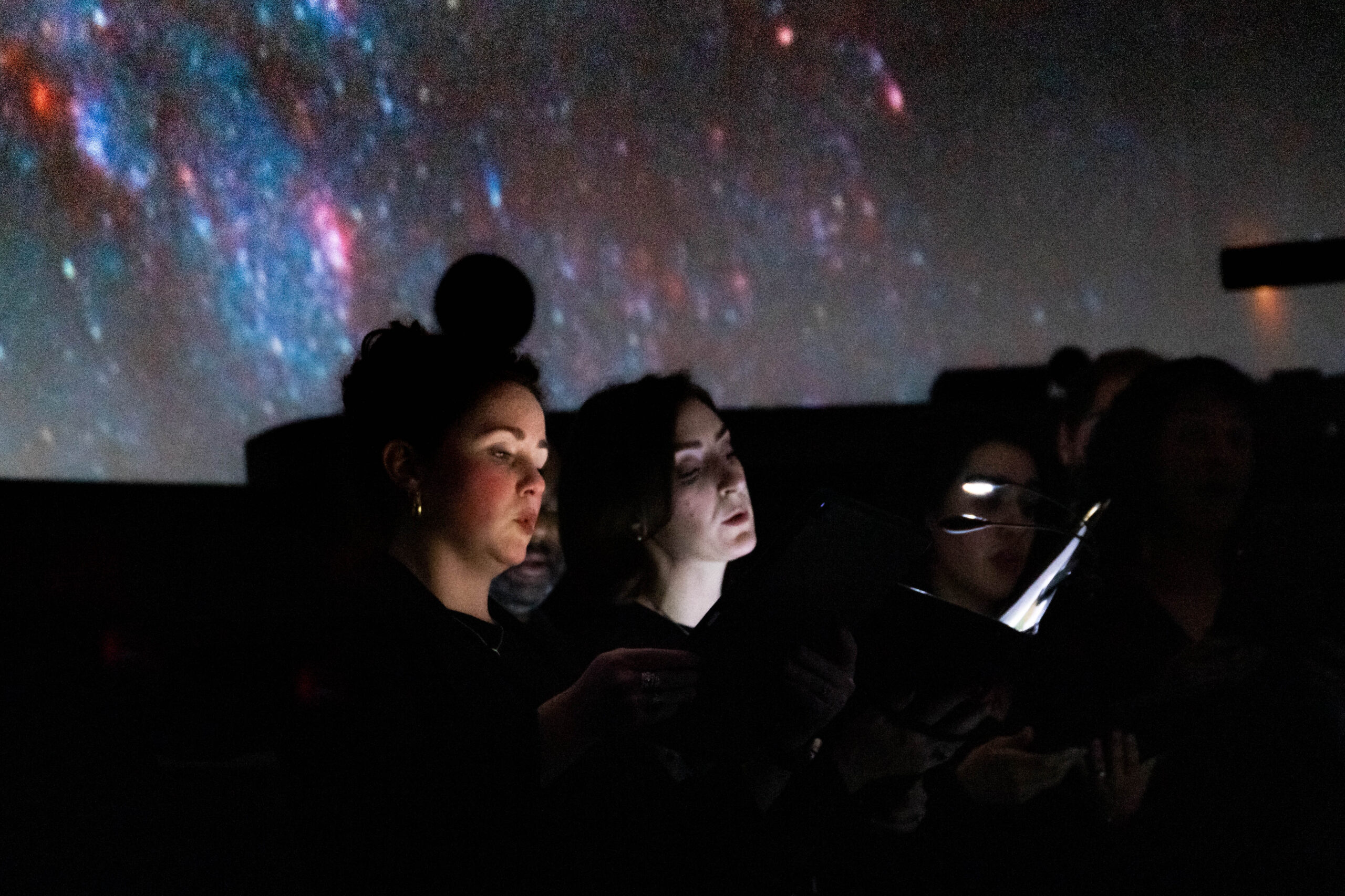 An encounter with the arts can be a transformational and healing experience. Reflecting on the power of the arts, Alicia said, “I think every human being is inherently creative. I think that’s part of what it means to be a human being, and I think there’s a desire and a need to interact with the world around us and make sense of it. Art can be a safe place to do that. There are other ways, but I think there’s something about art, whether it’s visual arts or dancing or music, that touches the parts of the human person that we can’t quantify. In an increasingly STEM-centered world, which is incredibly important, I think we’ve learned that STEM isn’t enough. We need an artistic component to make well-rounded, empathetic leaders that can make decisions that aren’t always based on quantifiable things but based on the people they’re trying to serve.”

The LOTUS Project has plenty in store for the upcoming year, including another performance of ‘Consolation of Apollo’ in January, a performance at the James R. Halsey Foundation Gala in March, and their ‘Path of Miracles’ performance which is slated for this summer. If you’re interested in supporting the project, Brozovich noted, “It’s always going to be an issue of funding. We’re a registered 501(c)(3), and we did that intentionally. We went back and forth about whether to be for-profit or non-profit, and we thought that non-profit was better for the city and better for the kind of mission we have.”

She noted, “We’re in the middle of finding some more corporate partners, so if there are any businesses that are particularly motivated by the arts, we would love to find creative ways to partner with them.” In addition, the LOTUS Project is also on the hunt for developers, so if you have a space you’d like to see transformed, they are also open to partners in that capacity.

If you’d like to attend one of The LOTUS Project’s dazzling performances, additional details are available here: LOTUS Project – Events. Likewise, further information regarding the organization can be found on its website here: LOTUS Project – Home. Although the young ensemble is just starting, they’ve already made a profound mark on the city’s arts community, and we cannot wait to see what comes next. 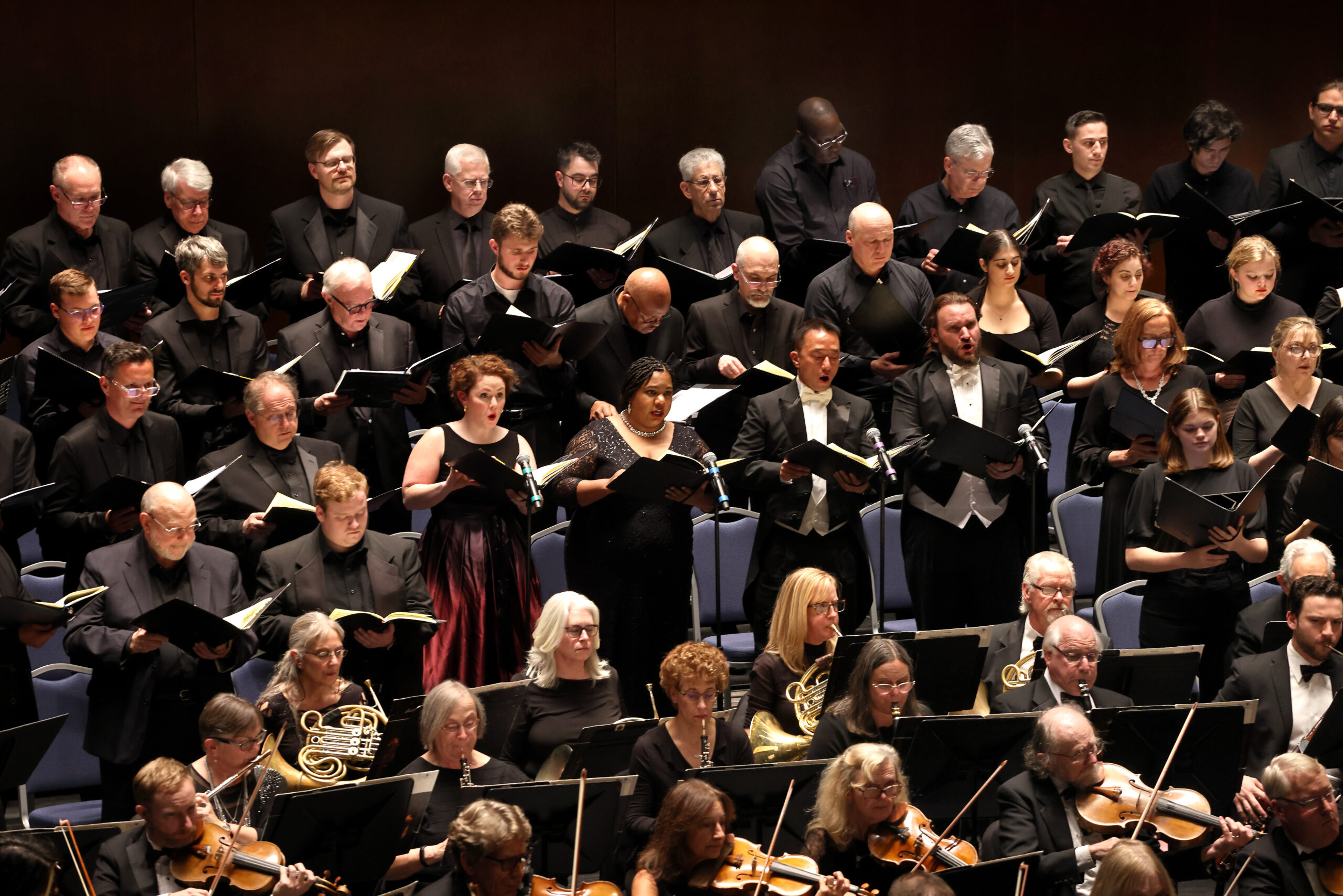