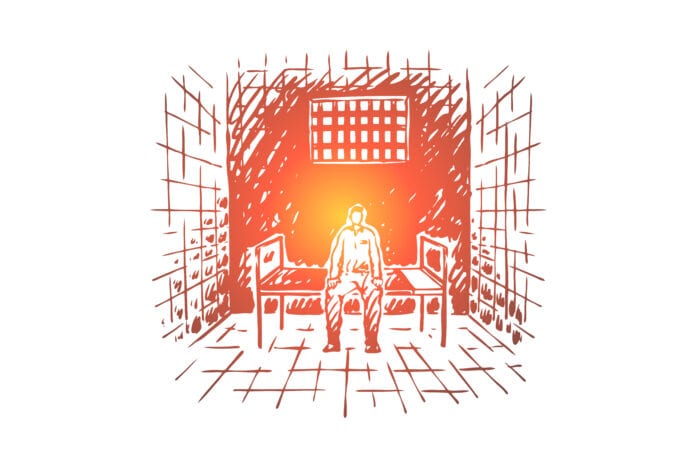 John E. Harmon, Sr. IOM, who has served as the Founder, President, and CEO of the African American Chamber of Commerce of New Jersey, since 2007, is the Former Chairman of the Board for the National Black Chamber of Commerce, which spans 150 Affiliate Chapters and more than fifteen international affiliates.

Project Rebound will educate the small business community about in-custody employment training programs and connect released offenders with employers willing to give them a second chance.

“I’ve had a passion for rehabilitation coming out of high school seeing a bunch of my friends, relatives and what have you, getting in trouble with the law,” said president and CEO of NBCC, Harry C. Alford, in a Project Rebound promotional video.

According to Alford, he was inspired to design Project Rebound after his cousin, Clifton Tatum, ran his own youth rehabilitation center in his hometown of Ventura County, CA. He said, “I admired what he was doing for the community and I wanted to follow in those footsteps.”

With criminal justice reform now a bipartisan focus, the need for organizations like Project Rebound continue to rise. According to NBCC, more than 600,000 people are released annually from state and federal prisons in the United States, and they often face negative perceptions upon returning to the community.

“Incarceration and subsequent recidivism unfortunately continue to impact our community,” said Larry D. Ivory, Chairman of NBCC. “This has been a big focus for us for quite some time, and we hope to work toward the common goal of reducing the risk of reoffending.”

Speaking about his experience at the South Bay Correctional Facility in Florida, available at www.ProjectRebound.org, Alford said he was also inspired to pursue the Project Rebound initiative after seeing the facility’s caring, collaborative atmosphere and focus on vocational training programs.

The GEO Group, which operates South Bay, created the Award-Winning “Continuum of Care” program to help inmates re-enter society through academic, vocational and cognitive behavioral programming, coupled with post-release support services, which include assistance with housing, employment and transportation, among other needs.

“Our vision for Project Rebound is to create community awareness of the need for rehabilitation,” said Alford. “We need to have compassion for those who stray away from law and order, and bring them back into the fold to make sure that our society is the best society it can be.”

Project Rebound seeks to reduce the stigma of hiring ex-offenders by educating employers about successful rehabilitation programs like the Continuum of Care and others operated by governments, non-profits and for-profit companies.

Ivory said in a Project Rebound promotional video, “We think that real prison reform and real rehabilitation is critical to the welfare of this country.”