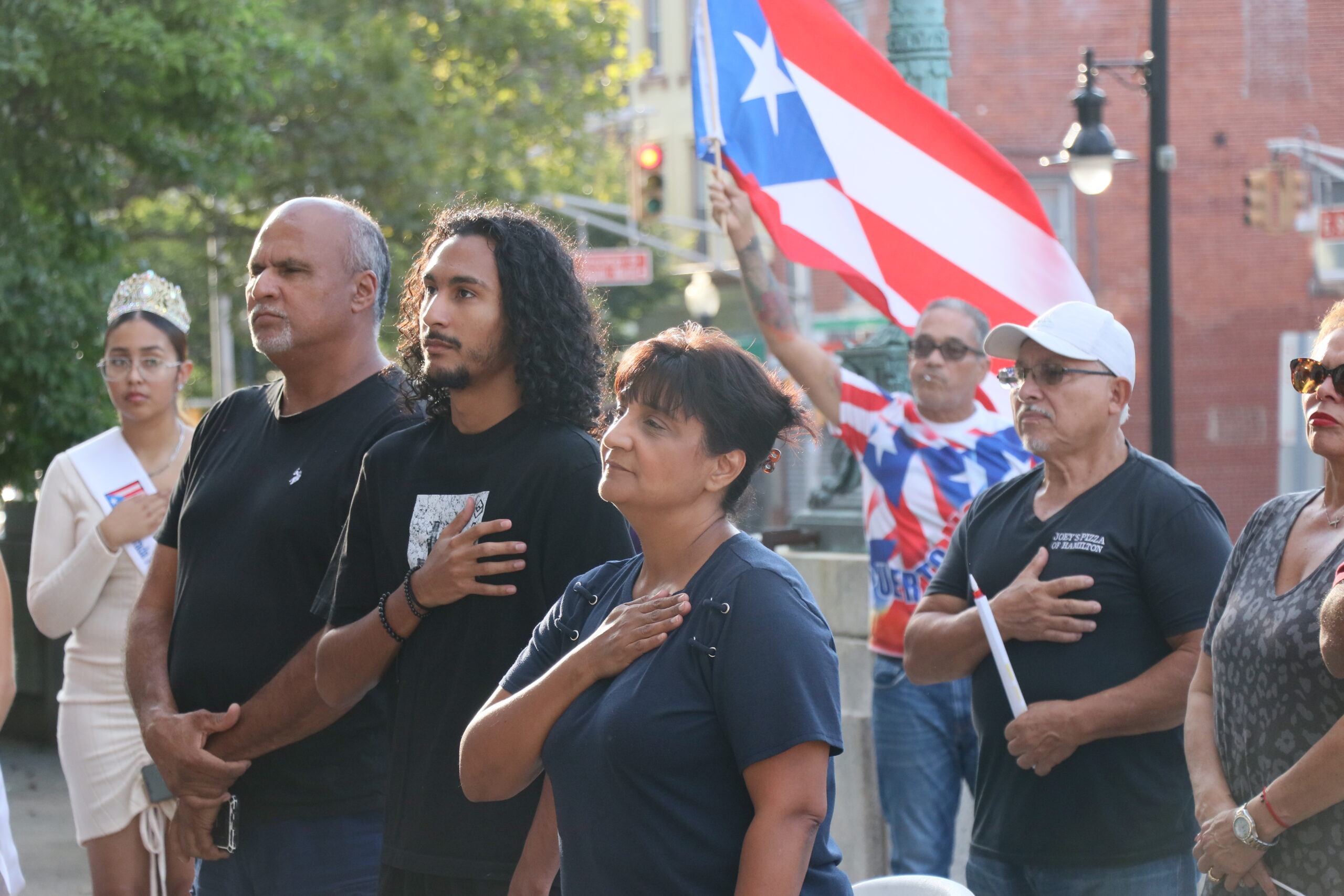 Music and dancing accompanied the raising of the Puerto Rican Flag on Wednesday night. The long-held tradition in Trenton came back with cheers to those watching.

“This has been a tradition to raise the flag in the unity of our independence. City Hall has been gracious enough to do it with organizations that came before us. So we wanted to carry that tradition on with this organization…Go back to our culture, our roots and give a little history about, you know, what this day signifies for us,” Delon said.

Delon adds that it is not just for the Puerto Ricans in Trenton but Latinos across the city. “It shows a representation for not only our culture but also for Latinos all around. If we can have our flag up there, anyone can have their flag up there. It shows inclusivity; it shows that everyone’s welcoming us, and it’s important for others to understand that we’re also open to welcoming everybody else,” Delon said.

It was an evening to reflect and remember. In a Facebook post, Samuel Kanig, a Trenton resident, explained that on the ride home, his son asked him, “Papi, why were people so excited about raising the Puerto Rican flag today?”

This was his response, “We are here in this country making a path not just for ourselves but for our future generations. Honoring our ancestors who came here looking for a better opportunity and making sure our culture was part of our lives. We recognize that we now have the responsibility to keep that culture alive, and thus we raise our flag,” Kanig wrote.

The flag raising is important for multiple reasons explained Janet Morales, born and raised in Trenton and a former principal at Trenton Public Schools. “It is important because of our community coming together to show that we have an impact and care about not just our population, but everyone, we’re here to make a difference…. it’s something that we want to do to give back continuously. So we love our flag, but we love our community as well,” Morales said.

As flags were waved and raised, David Rodriguez, Trenton Resident, came to Trenton from Puerto Rico 55 years ago. He was dressed for the occasion. He was wearing the Puerto Rican flag as a shirt and holding a large Puerto Rican flag attached to a pole for the entire ceremony.

“I’m real passionate about my island… We’ve been through so much…if we don’t keep up our culture, nobody is going to…. I feel great. I feel incredible, Especially to see the flag going up again,” Rodriguez said. 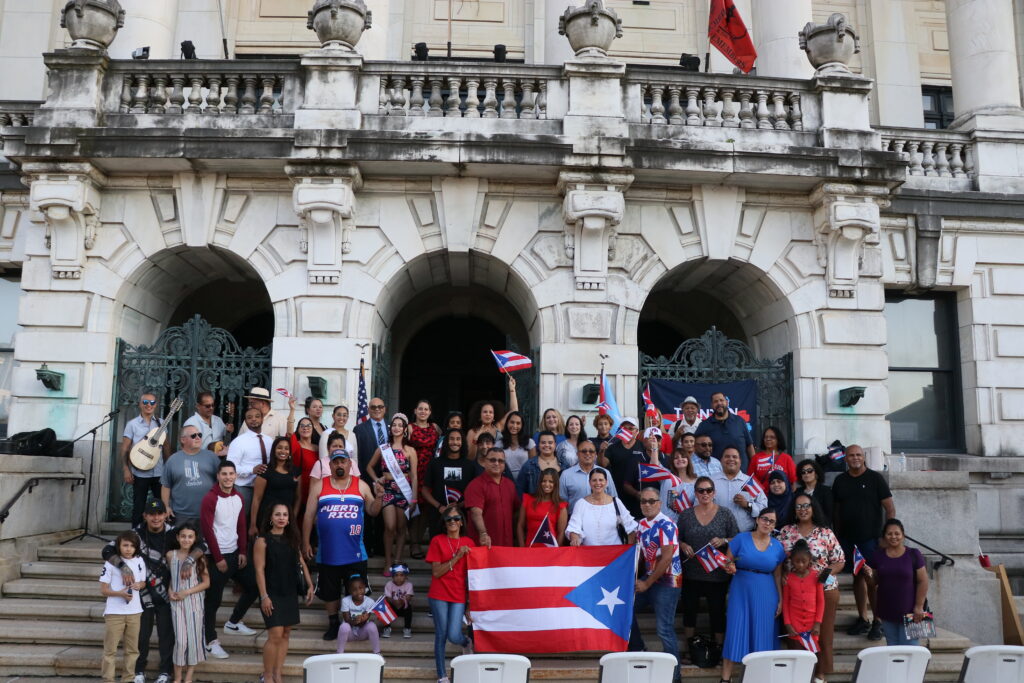