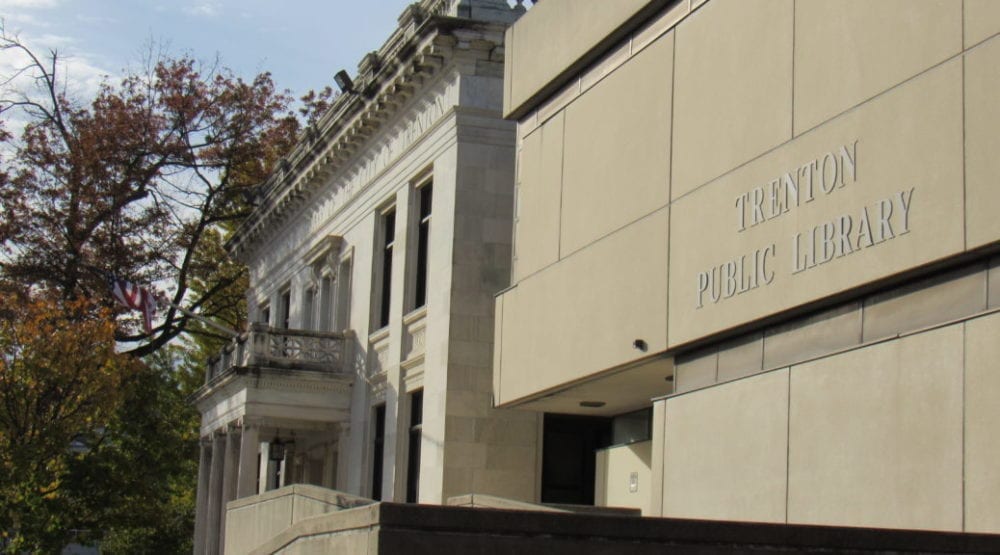 A month ago, we wrote about the Swedish pioneers who came here starting in 1638, and settled large pieces of land along the Delaware River, on both sides of the river, from Delaware Bay upstream to Trenton. It’s a little-known slice of American colonial history about which the Trenton Free Public Library recently mounted an engaging exhibit of drawings, photos and artifacts; it’s still there on the Mezzanine Gallery of the modern wing and open during normal Library hours.

Today, December 30th, the distinguished local historian and photographer, Erik L. Burro, will be giving a free lecture presentation in the Library’s Community Room at 5:30 p.m. to discuss the helpful and harmful aspects of life between the Swedes, other early settlers and the native American tribes that populated this verdant and largely untouched region. Led by former Dutch Governor of New Amsterdam (now New York) Peter Minuit, the settlers in this area were mostly Swedish (and Finnish) farmers along with a small contingent of Swedish soldiers. Amicable relations with local Lenni Lenape tribes flourished as Europeans exchanged trade goods for high value beaver pelts and other animal furs.

Erik Burro is an historian, photographer, re-enactor and founder of the Pennjerdel House, a regional advocacy for increasing public awareness and appreciation of local history and preservation throughout the tri-state area. In the past 40 years, he has made a variety of appearances as a guest speaker, master of ceremonies, host for cultural events, re-enactor of historic characters both here and abroad, and a creator and participant in exhibitions on history-related topics.

The Trenton Free Public Library is located at 120 Academy Street, and parking is available on street and adjacent to the building. For more information, please call the Library at (609) 392-7188.