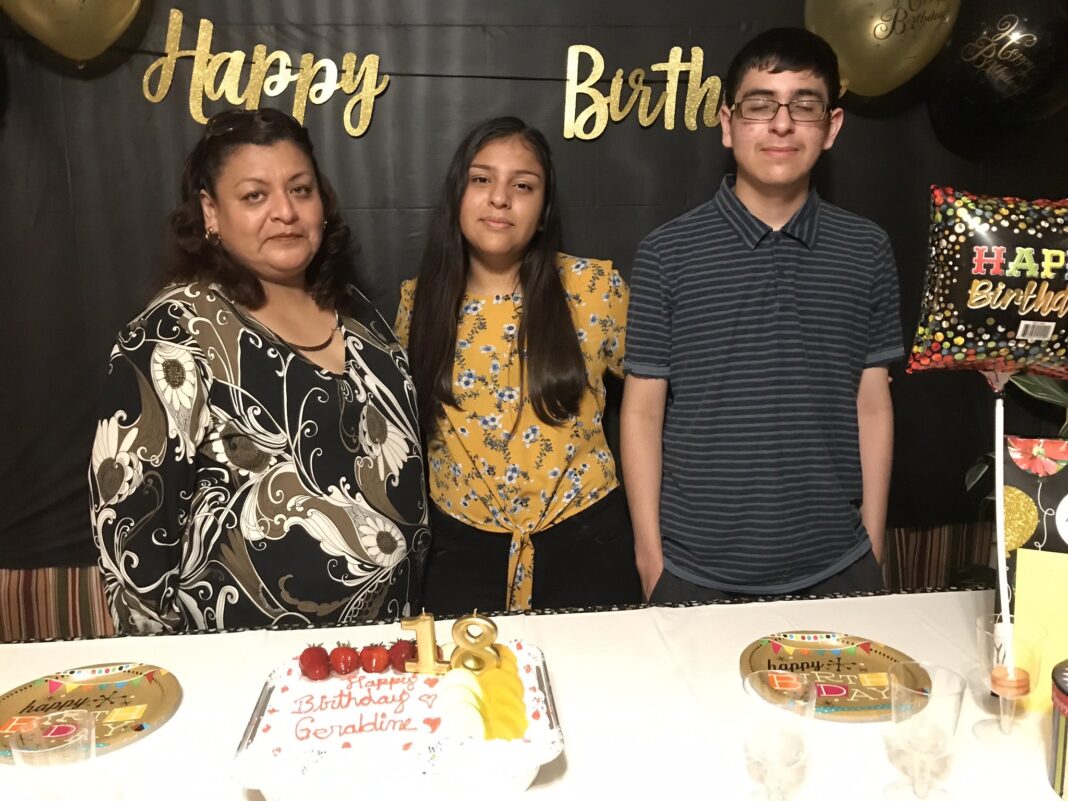 It was the middle of August in 2020 when 45-year-old Xochitl Cortes of Trenton began experiencing sudden abdominal pains. Unsure of the cause, she was immediately rushed to the hospital for an evaluation and an answer as to what was causing this discomfort.

Upon arriving at St. Francis Medical Center, Cortes discovered she had been suffering from pains associated with a preexisting hernia that had been forming for years. From that point, Cortes was given an emergency operation. The surgery seemed successful. It wasn’t until a second operation that a rapid decline began.

“She was stable,” said Cortes’ 19-year-old daughter Geraldine Velez. “Then she got operated on again and that’s when the complications began.”

Quickly, Cortes’ health took a turn for the worse and her body began to shut down. She fell into a coma soon after. It turns out that the second operation Cortes received resulted in a gastrointestinal fistula, which causes an abnormal opening in the stomach to leak its contents. Luckily, she regained consciousness. However, she has been bedridden in the hospital ever since.

It has been almost six months since Cortes has been home with her family. With limited visiting opportunities due to COVID-19, it has become a rarity for Cortes to see her daughter and her 16-year-old son.

“It used to be one person at a time [allowed to visit.] Now, it’s only just one person,” said Velez. “I can’t switch with my dad like I used to. I’m the only one able to see her, but I still can’t come constantly because of the transportation.”

Velez’ father has a disability that prevents him from working and providing for the family. With a father unable to work and a mother in the hospital, 19-year-old Velez has had to become the primary supporter and caretaker of the family.

“I assumed the role of my mom,” said Velez. “Basically, I do what she used to do here in the house; I pay the bills, I take care of my brother, I provide basically what we need here.”

She continued, “It hasn’t been easy at all because I’m a full-time student and having all that on me, It’s really hard to carry.” Velez is a full-time student at Mercer County Community College studying Medical Laboratory Technology. Her brother is still in high school.

Under the abrupt dynamic change following her mother’s health condition, Velez has been struggling to be both a student and a primary caretaker. From the hospital bed, Cortes has been doing what she can to coach her daughter in how to tend to the responsibilities her parents used to oversee, such as paying bills, buying groceries and managing finances.

“All of this happened out of nowhere and I was so lost,” said Velez, “but even on the phone, she still guides me and tells me how to do things. She’s still worried about us so much and always keeps us in her mind, even while she’s experiencing what she’s experiencing right now.”

Through the ongoing difficulties, Velez has strong hope and faith for her mother. According to Velez, her mother is strong. She always pushes past challenges, despite the obstacles in her way. Velez believes her mother will continue that fighting spirit on the road to recovery.

“She is the best mom in the world,” said Velez. “I call her Superwoman because even with all her pains that she has right now, through this whole situation that she’s dealing with, she has still been able to guide me through this.”

However, Cortes remains in the hospital to date. She has been transferred to a specialty hospital in Newark, making it that much more difficult for the family to be together.

Velez has set a GoFundMe goal of $5,000. She is calling on the community for any help they can offer.