TrentonDaily
Home History This Week in History: Happy Birthday to the Garden State! 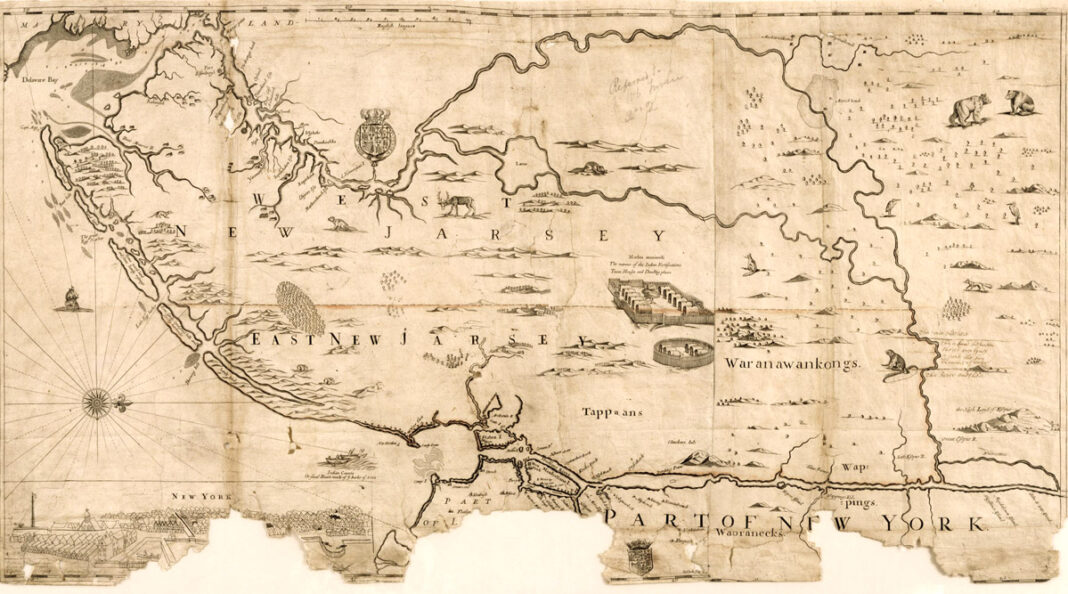 Get out the candles and put on your party hats; it’s New Jersey’s birthday!

The Garden State celebrated a massive milestone this week: turning 235 years old! On December 18th, 1787, New Jersey officially ratified the United States Constitution. Upon ratification, the Garden State would become the 3rd State in our newly-formed nation. But how did this all come to be?

New Jersey was initially established in 1609 by Henry Hudson, a sea explorer, and navigator. Hudson declared the region for Holland and subsequently named the fledging colony New Netherlands. The Dutch West India Trade Company offered land grants to encourage settlement, attracting various immigrants from Sweden and Holland. The region would remain in possession of the Dutch until 1664 when England sailed Royal Navy warships into New York Harbor. After the British arrived, the Dutch turned over control of the region to the British settlers.

After the British seized the land, New Jersey would finally receive its permanent namesake. On June 24th, 1664, Lord Berkeley and Sir George Carteret took ownership over a piece of land between the Hudson and Delaware Rivers that would ultimately be dubbed New Jersey. The land was split into two regions, East Jersey (now North Jersey) and West Jersey (now South Jersey). The charter of the land named the region New Jersey as an homage to Carteret’s defense of the Island of Jersey during the English Civil War. As the region continued to develop, more and more immigrants flocked to the area.

In the 1670s, Quakers, Finns, Swedes, and the Dutch began immigrating to New Jersey. Settlers in the region started forging solid relationships with surrounding communities like Philadelphia, establishing a culture of a progressive government and religious freedom. While New Jersey was temporarily split into the two regions, it would ultimately be unified after England regained control. In typical New Jersey fashion, the early New Jerseyans turned the dynamic on its head rather than suffer through the severity of British rule. With such a fiercely independent region, the royal governors would ultimately end up doing the bulk of the suffering. New Jersey shared a governor with New York until 1738, when New Jersey finally got its representation, Governor Lewis Morris. When asked how the State should handle his reign, an assemblyman noted, “Let us keep the doges poor, and we’ll make them do as we please.”

Tensions continued to rise between settlers in the area until the start of the American Revolution in 1776. New Jersey would ultimately serve as the site of over 100 battles during the Revolutionary War, the most famous being the Battle of Trenton. After the Battle of Trenton victory, Washington and his troops pulled off another win a week later during the Battle of Princeton. These victories reinvigorated the efforts of the American forces, ultimately allowing the United States to gain its independence. By 1781 the United States had effectively won the war, and by 1783 the fighting officially ceased. As the newly-formed nation began to take shape, New Jersey would become the 3rd State to ratify the United States Constitution. Now, 235 years later, New Jersey is still making history.

As we celebrate 235 years of the Garden State, let’s take a moment to remember the generations of New Jerseyans that led us to where we are today.