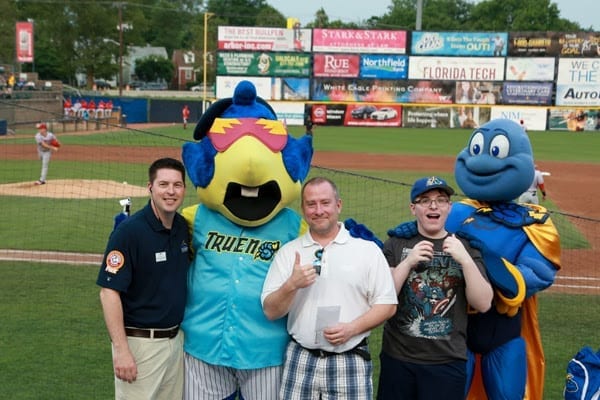 The Thunder, presented by NJM Insurance, welcomed the 10 millionth fan in franchise history on Saturday night at ARM & HAMMER Park.

When Charles Frost of Yardley, PA, attending the game with his son Spencer, walked through the gates at 6:46 p.m., he became the 10 millionth fan to attend a Thunder game. Charles and his family regularly attend games at ARM & HAMMER Park with their friends through Makefield Elementary School, whose vocal ensemble performed the National Anthem prior to Saturday’s game.

“Since 1994, our fans have proven they are truly the best fans in all of baseball,” said Thunder GM/COO Jeff Hurley. “This momentous occasion is an example of the great support we’ve received throughout our franchise history and I thank each and every individual who visits us during the season for their support and I look forward to entertaining many more in coming seasons.”

Since first opening the doors as Mercer County Waterfront Park on May 9, 1994, the Thunder have welcomed 10,000,260 total fans through the gates.

Tickets are available by calling 609-394-3300 or online at www.TrentonThunder.com.