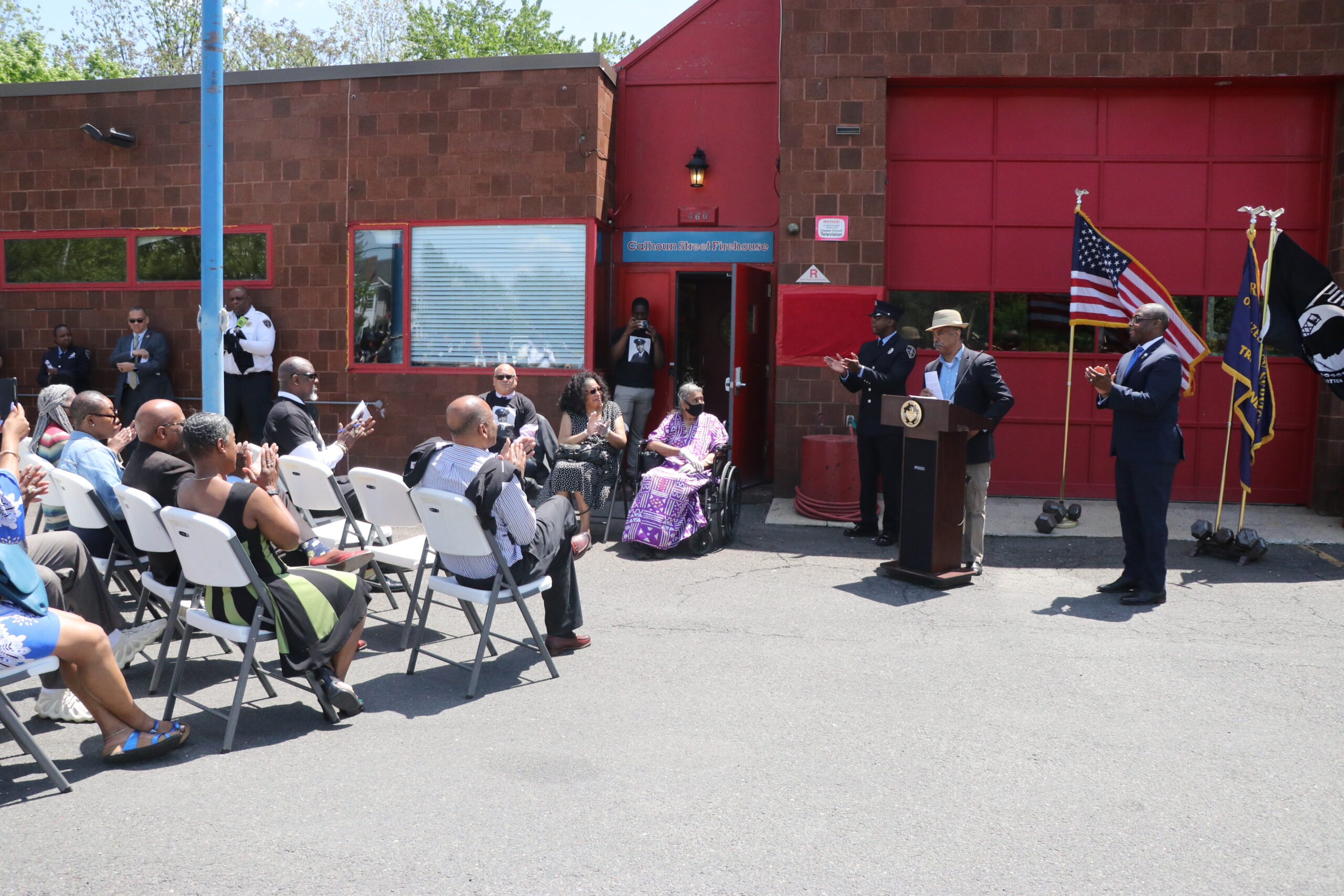 Dozens of firefighters came dressed in black t-shirts with Linwood Collins’ headshot on Wednesday to watch the unveiling of the plaque at Fire Station 1 on 460 Calhoun Street.

Kenneth Douglas, Director of Fire and Emergency Services, explained that it is essential to honor trailblazers who paved the way for other firefighters. “You’re talking about a person who got hired during a lot of oppression and racial tension within the United States,” Director Douglas said. “For him to come on, it labeled him as a trailblazer.”

Director Douglas agreed. ” So when you get other African Americans to see that and say wow, I can do that…Especially in a town like Trenton… it gives everybody the opportunity to say hey, I could be a firefighter.”

Linwood’s family remembers him as a kind father and a loving husband. Diane Collins, the daughter of Linwood, remembers him as a kind man. “He was gone a lot because he would be here at the fire station but I just remember every time he came home we were so glad to see him and we just jumped all over him,” Collins said. “So we’re real proud of him. And he was just a nice man.”

Ethel Collins, Linwood’s widow, never remarried after he passed away. She said that the one thing that she always remembers is how he treated his fellow firefighters. “He was great, because he knew that he had to be careful. He knew that he had to watch out for the other fellows that he was working with, he knew they all had families. So they tried to do everything safely,” Ms. Collins said.

Her advice to others looking to join the public service ranks is to be kind. “Don’t cuss nobody out. Be friendly with people when they ask you questions and answer the question the best you can,” Ms. Collins added.