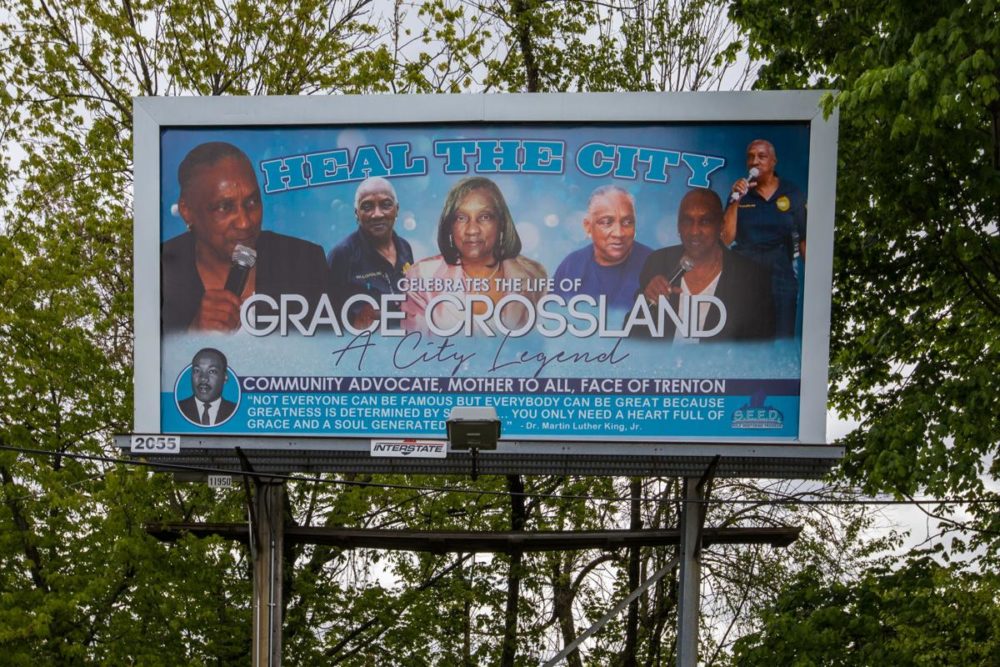 Grace Crossland, a hero to many of the citizens who call Trenton home passed away on April 10th, 2020. In order to honor not only her memory but the legacy she left on the city, a billboard reading “HEAL THE CITY. Celebrating the Life of Grace Crossland. A City Legend” was erected.

Crossland was born in Asbury Park, New Jersey, however she spent the majority of her life in the city of Trenton. She was the daughter of the late Bishop Elijah E. Jones and the late Levata Jones. Crossland went to school at Trenton High, and after graduating she would go on to earn her Associates degree in Religion from Trenton State College.

Crossland truly lived her life for the sake of others, constantly putting their needs before her own. She was a woman who could command a whole room with her powerful words and captivate a city through her even more meaningful actions.

Not only did she work for the Trenton Board of Education for over three decades, she also worked for various security positions and was a Park Ranger in the city of Trenton for more than 27 years. She was also employed by the STEMCivics Charter School in Ewing, NJ and the Lawrence Township School District.

Often referred to as “the face of Trenton,” Crossland could be found just about anywhere people gathered trying to make a positive change in the city. Crossland served as a community advocate who helped the city’s youth as well as its senior citizens. She served as a PTO volunteer, former President of the School Leadership Council at Dunn Middle School, Vice President of the Board of Trustees for Emily Fisher Charter school, and she spoke often at the Trenton Board of Education meetings. Crossland also volunteered with Parents Anonymous, community mentorship programs and pastoral care for hospitalized patients.

Throughout her life, Crossland had been recognized for her amazing deeds and given awards such as the Black Image Award, the State of New Jersey Public Safety Award, the City of Trenton Safety Award and other PTA awards for her long record of service to her community.

Our deepest and most heartfelt condolences go out to the Crossland family, the city of Trenton and all those who are affected by the loss of “the mother to all,” Grace Crossland.