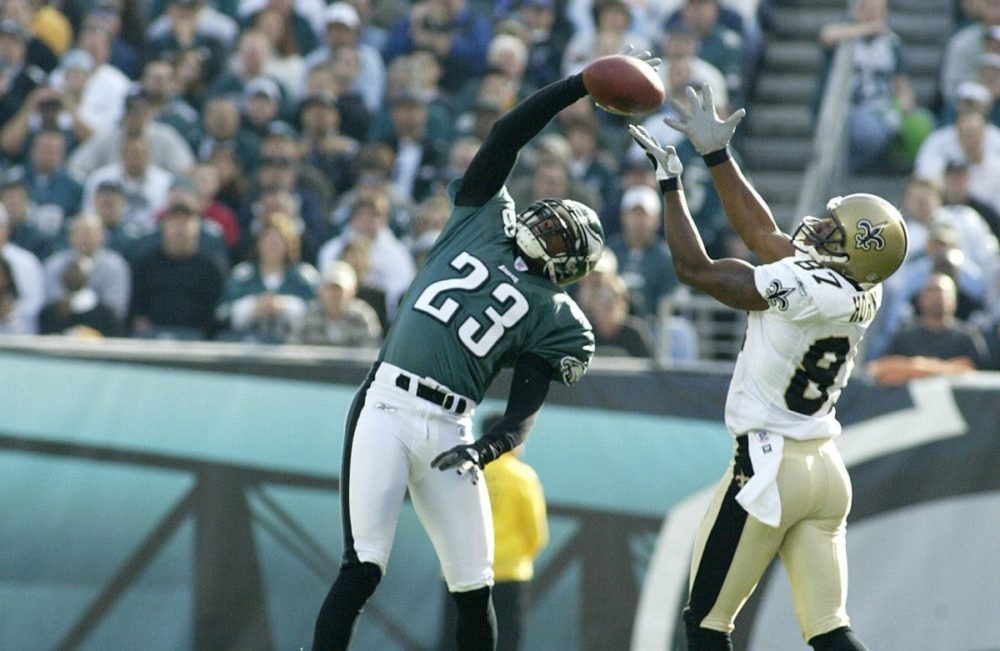 According to Sports Illustrated’s Albert Breer, NFL’s chief executives and club presidents across the Country received a memo from the league allowing its teams to reopen their facilities as of yesterday. The announcement comes as certain restrictions begin to slowly lift amid COVID-19. But as we look forward to a day when we can once again enjoy the game of football, we are also reminded of a Trenton, NJ-born NFL alumni. His name: Troy Vincent.

Vincent, born in Trenton’s Wilbur section on June 8, 1971, had high hopes of becoming an NBA star. While basketball was his childhood dream, football was his life calling. Having lived with his family in East Trenton until they moved to suburban Bucks County, Vincent would go on to attend high school at Pennsbury where he first showed an interest in football and track. According to onlc.com “Troy’s talent on the football field brought him several scholarship offers. He chose the University of Wisconsin where he started on varsity his freshman year as a defensive back and return man.”

During his time at Wisconsin, Vincent excelled on the field almost every year he played. During his sophomore year (1989) he led the Big Ten with a 15.1 punt return average. He would then go on to set Wisconsin single-season and career records for passes broken up during his junior year. As a senior, he was voted team captain, named MVP as well as Big Ten’s Defensive Player of the Year.

In 1992 Vincent entered the NFL draft, where he was selected in the seventh round by the Miami Dolphins. He started at left corner and as a rookie aided the Dolphins in reaching the AFC championship game. In 1996 Vincent signed with the Philadelphia Eagles as a free agent. As a major component to the Eagles’ dominant defense of the late 90’s, Vincent was selected for the pro bowl each year from 1999-2003.

Vincent would eventually play for the Buffalo Bills in 2004 after an eight-year tenure with the Philadelphia Eagles. He would end his career as a football player with the Washington Redskins (to which he joined the team in 2006), and ultimately retired in 2007.

Vincent’s skills as a leader would later extend off the field as he would go on to serve as the Vice President of the NFL Player Engagement Organization, Board of Directors for the University of Wisconsin Foundation and the State of New Jersey After 3 Program. Vincent also served as the President of the NFL Players Association and later became the first NFL player to serve on the National Board of Directors for Pop Warner Little Scholars Football.