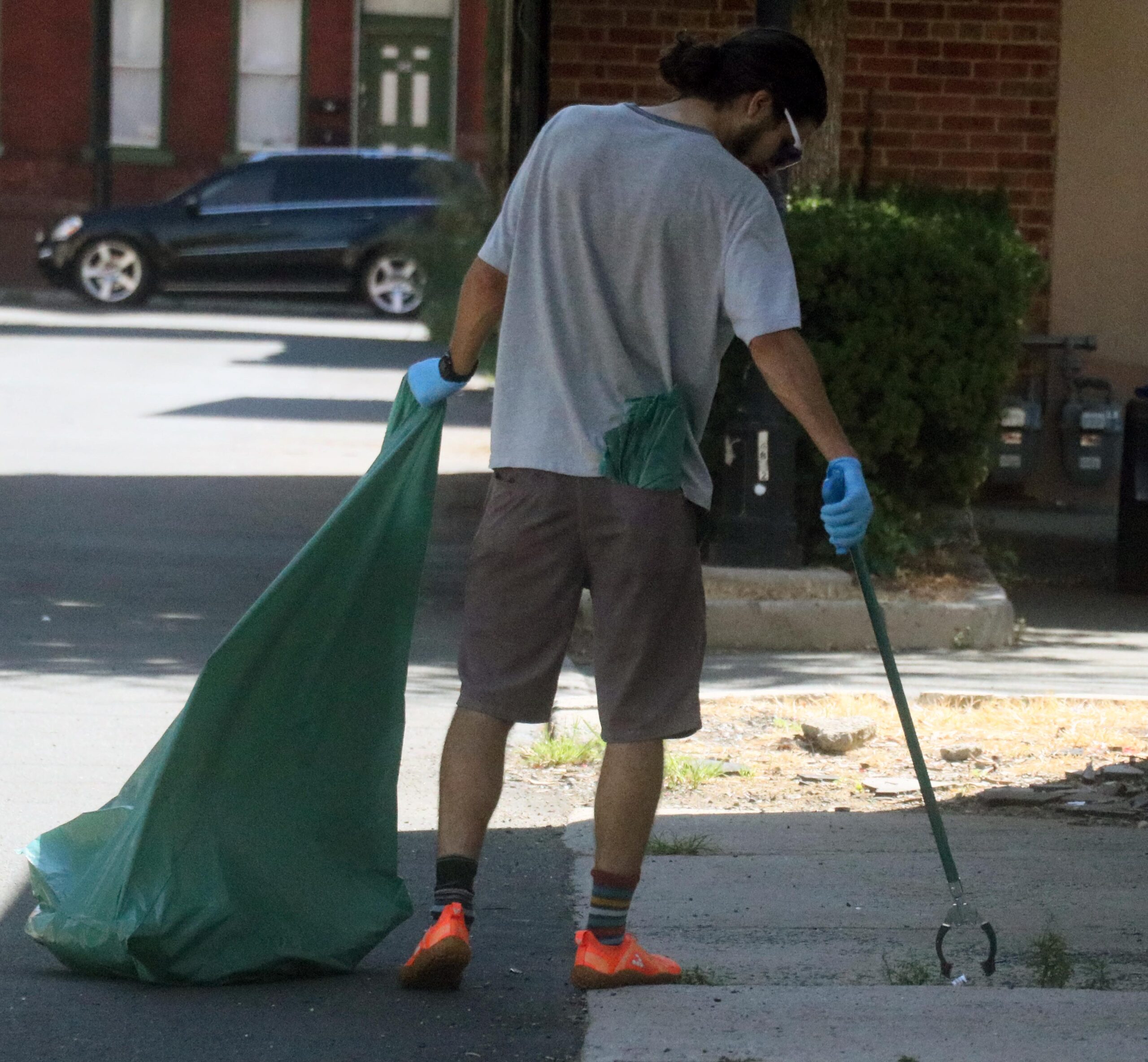 A small group of volunteers came out on Saturday morning to do a street cleanup on the block of Perry Street. The group was a combination of Isles and volunteers from the Trenton Puerto Rican Community & Friends organization. They started at the Wood Street parking lot, made their way through North Montgomery, Academy Street, Olive Street, and then worked their way down North Stockton Street.

“It has a little bit of an after-school basketball, playing with friends on the street, kind of feel when you’re trying to dodge these cars as you’re picking up trash,” said Gulu Brewer, Isles Inc., Community and Resident Engagement Coordinator.

The Partnership came about after Jacquelyn León, Vice President of The Trenton Puerto Rican Community & Friends Organization (TPRCF) and Brewer met at the swearing-in ceremony in May.

Community Pays Tribute to the 65th Regiment of The U.S. Army

“It was a natural partnership for us to continue conversations about improving our community. (Brewer) specifically focuses on The Old Trenton Neighborhood,” León said.

The two decided to work on the Old Trenton Neighborhood due to the considerable Puerto Rican influence in the area and Brewer’s continuous work alongside them.

“This is where most of us grew up, most of our families…We still have family who live right on Stockton and Academy Streets. So we grew up, you know, coming to family functions here. Just walking the streets and go into bubbles, which is the Roberto Clemente Park, but most of us know it as bubbles,” León said.

Other members of the TPRCF joined her. Yesenia Nazario, Sargent of Arms for the TPRFC, who grew up on Perry Street, recalls the festivals she attended before the Puerto Rican Parade. Still, she also remembers the negatives she got whenever Nazario would mention where she lived.

“I remember living here and then every time I would say I live on Perry Street, people would have some kind of a facial expression,” Nazario said.

As she walked down Olive street, she pointed to where a church used to be. “It was a very tight community. This is the church. So everybody in the Puerto Rican community would go to this church and hang out during the Puerto Rican parade week. We used to have festivals,” Nazario said.

There would be games, food, and activities for everyone. León explained that the culture here is what makes Trenton unique. “We have an amazing culture here. Just a lot of history on these streets alone, it’s called the Old Trenton neighborhood for a reason. Right?” León said.

Part of the cleanup was the connections made by students that attended. Brewer explained that this is an excellent way for students to meet community members.

“While we’re out, picking up trash, we’re also getting a chance to chat and working on something where you’re relying on each other’s help. Pick up that piece. Here’s a bag, you can put the trash in here, it is just an easy way to open up communication,” Brewer said.

That was true for Ci’Nya Nazario-Craig, a Trenton Central High School Junior who came out to help. “I had nothing to do this Saturday, and I was looking for something to do. I was talking to my aunt about it. And she mentioned that they were doing a cleanup, and I was like, oh, you know, that would be cool, like helping out and stuff like that,” Nazario-Craig said.

On August 13, there will be another volunteer opportunity. The group will meet again at Roberto Clemente Park. Brewer can sign off on service hours for anyone needing additional community hours.

“Some people may want it for recommendations or just to have community hours, but I see it as even if you’re not getting anything from it, you can still come out and help. It’s good to just clean up the community you live in because you want it to look nice,” Nazario-Craig said.