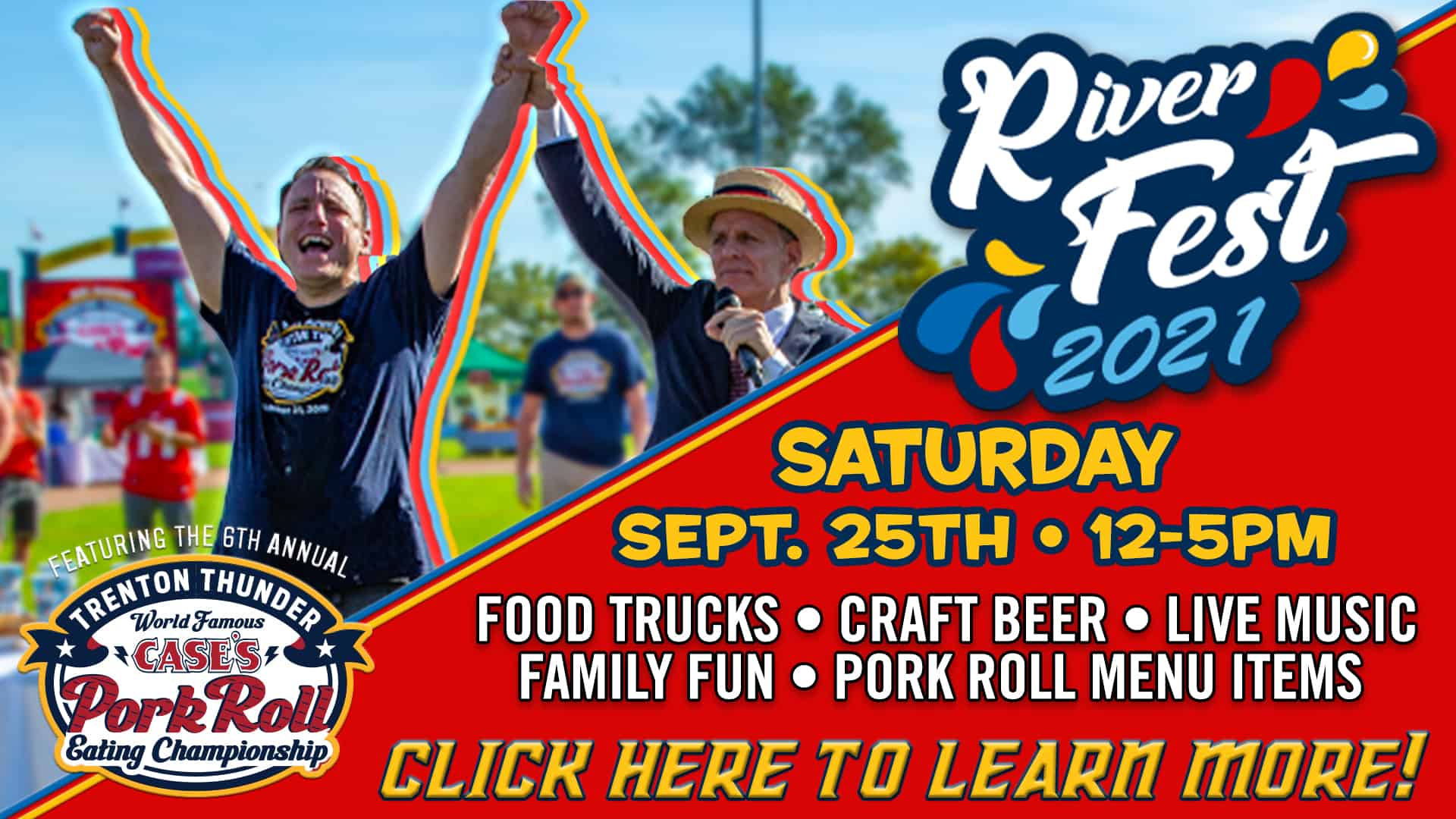 Trenton River Fest is back for its 6th year at the Trenton Thunder Stadium after being canceled last fall due to the pandemic.

“We’ve partnered with Case’s Pork roll to bring a pork-roll-related festival here to Trenton. Obviously, pork roll being a delicacy here, what better way to celebrate than with a festival and pork roll related food items and Oktoberfest beers and just a fun family build atmosphere at the ballpark,” said Jeff Hurley, general manager, chief operating officer of the Trenton Thunder.

The festival will see various Field Games like the Cornhole Tournament presented by Trenton Rotary Club, Wiffle Ball sponsored by Dick’s Sporting Goods, Closest to the Pin Competition hosted by Mercer County Golf, Speed Pitch, and other lawn games.
There will be pork roll-related items and Oktoberfest crafter beet along with the ball food areas. There will even be a River Fest Beer Special, purchase a $15, 12 oz cup, and receive $1 refills the rest of the event!

When patrons aren’t playing one of the many field games, they are welcome to watch college football on the giant video board or listen to the live music throughout the day.
The real treat of the day is experiencing the 6th annual Trenton Thunder World Famous Case’s Pork Roll Eating Championship. The competition will feature the number one ranked speed-eater in the world Joey Chestnut, who  will try to break his record of 72 pork roll sandwiches in 10 minutes.

“Joey Chestnut is the hot dog eating champion,” Hurley said. “He’s competed here for what I believe is four out of the five years…he’s won three of the four, and in 2019 had broken the world record, eating 72 Pork roll sandwiches in 10 minutes. So, within the eating world, he’s the Derrick Jeter of eaters.”

The festival will happen on September 25th from 12 p.m. to 5 p.m. Tickets to attend River Fest are $5 and can be purchased in advance or on the event day. To purchase tickets, and for more information, visit www.riverfestnj.com.