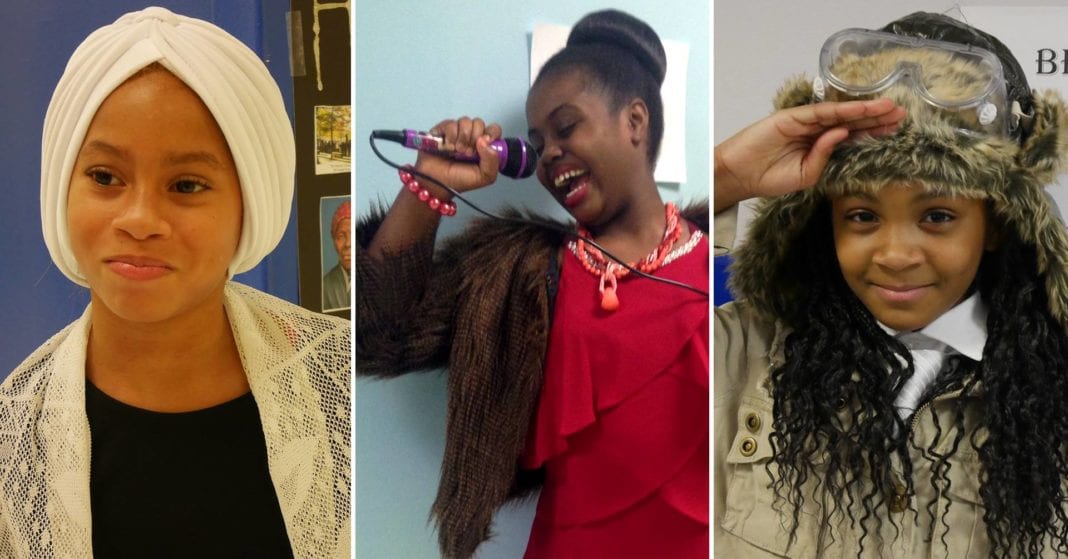 Putting an interactive touch on the last day of Black History Month, the students of Trenton’s Foundation Academies offered a performance at Grounds for Sculpture (80 Sculptors Way, Hamilton Township) on Saturday, February 29, 2020. This year’s engaging Blacks in Wax event featured 11 students in grades three through six who represent influential African-American leaders of the past and present. Based in part on the National Great Blacks in Wax Museum in Baltimore, Maryland, the Foundation Academies production builds upon the Museum’s original concept by adding student interpretations and performances that share the stories of African-American historical figures.

The event has become an integral part of the School’s Black History Month celebration, with the performances requiring students to research African-American leaders, select one to portray, write the script, and then perform their own monologues. While performing, students appear “frozen” like wax sculptures, and as audience members pass by, they bring their characters to life through short biographical performances.

“Our scholars have worked very hard to ‘get to know’ their historical figures and understand why their contributions are significant,” said Dasha Thomas, Foundation Academies Special Education Paraprofessional and Blacks in Wax Event Director. “Through the weeks of hard work and rehearsals, students in grades three to six really bonded as they learned about the figures chosen by their peers, discovered the reasons behind those choices, and learned more about each other as people. I’m so proud of our students for working as a team, and for understanding the importance of honoring the past while living in the present.”