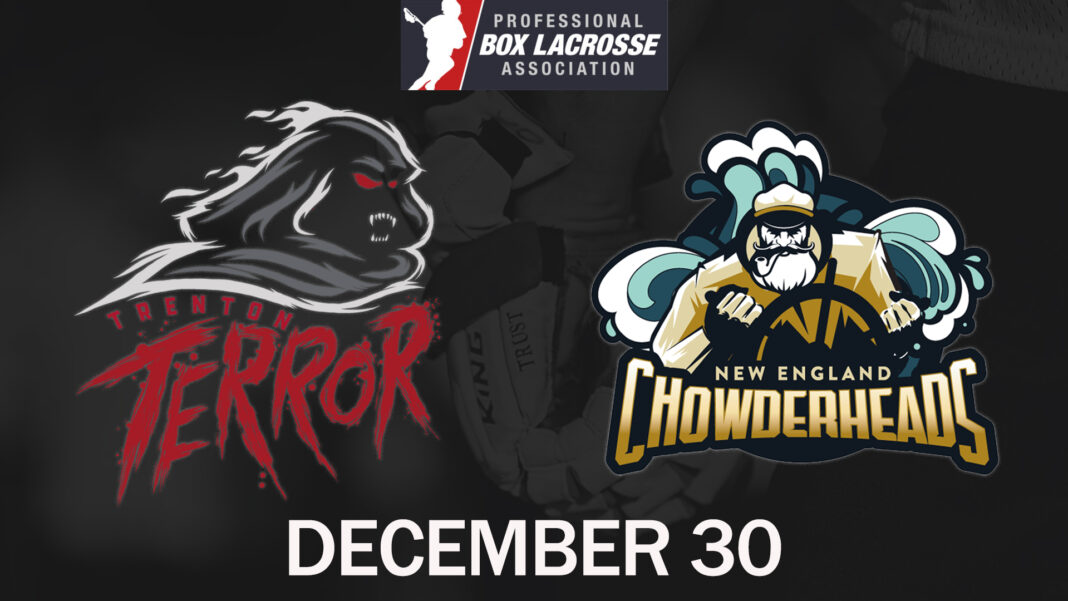 Get ready, sports fans, because there’s a new team in town!

The Trenton Terror, Trenton’s Professional Box Lacrosse team, will face the New England Chowderheads in their inaugural game on December 30th, 2022. The game will be hosted at the CURE Insurance Arena (81 Hamilton Ave, Trenton, NJ 08611). Doors open at 6:00 pm, and the game will kick off at 7:00 pm. Tickets for the upcoming match are available here: Tickets – Trenton Terror. Ticket prices range from $15-$40, not including any fees. Additionally, attendees of this historic game will receive a free Commemorative First Game Ticket. Tickets for the remainder of the upcoming season can be purchased here.

The Trenton Terror is part of the Professional Box Lacrosse Association, a brand-new sports league committed to bringing box lacrosse to fans across the region. As an organization, they seek to stand out with a faster, more physical, and more engaging game for fans. With a strong leadership team and a roster of talented athletes, the Association is ready to make its mark on the sports world. Built on the values of trust, honor, integrity, and discipline, the PBLA holds itself to a higher standard for the benefit of both its fans and athletes.

With its explosive growth in the last several decades, lacrosse is taking the sports world by storm. In fact, in the previous 15 years, lacrosse has been the fastest-growing sport in the United States. Data suggests that from 2010 to 2017, the popularity of lacrosse skyrocketed by 226% amongst both men’s and women’s teams. The sport has also garnered attention in college athletics, with the NCAA announcing 30 new lacrosse programs in 2019 alone. The PBLA seized the moment to tap into the incredible pool of athletes being produced and is now bringing fans a new professional league to enjoy.

Trenton was chosen to be part of this historic league; thus, the Trenton Terror was formed. The coach, Luke Wiles, comes to the team with an impressive resume. Before joining the Terror team, Wiles started, ran, and operated a box program out of Delaware called the Phantoms. He also coached for the ProStar Lacrosse Camp for over ten years. The league also features a roster of elite players ready to start their reign of Terror over their PBLA opponents. If you’re excited to represent Trenton’s latest team, merchandise is available online: Merchandise – Trenton Terror.

Whether you’re a lifelong lacrosse fan or are just excited to root for the home team, the Trenton Terror is sure to thrill. Attendees of the first game will be a piece of Trenton history, so be sure to come out and support the team. If you have any questions before the game, contact the CURE Insurance Arena at (609) 656-3224 for additional details. More information about the PBLA can be found here: PBLA – Home. Let the reign of Terror commence!