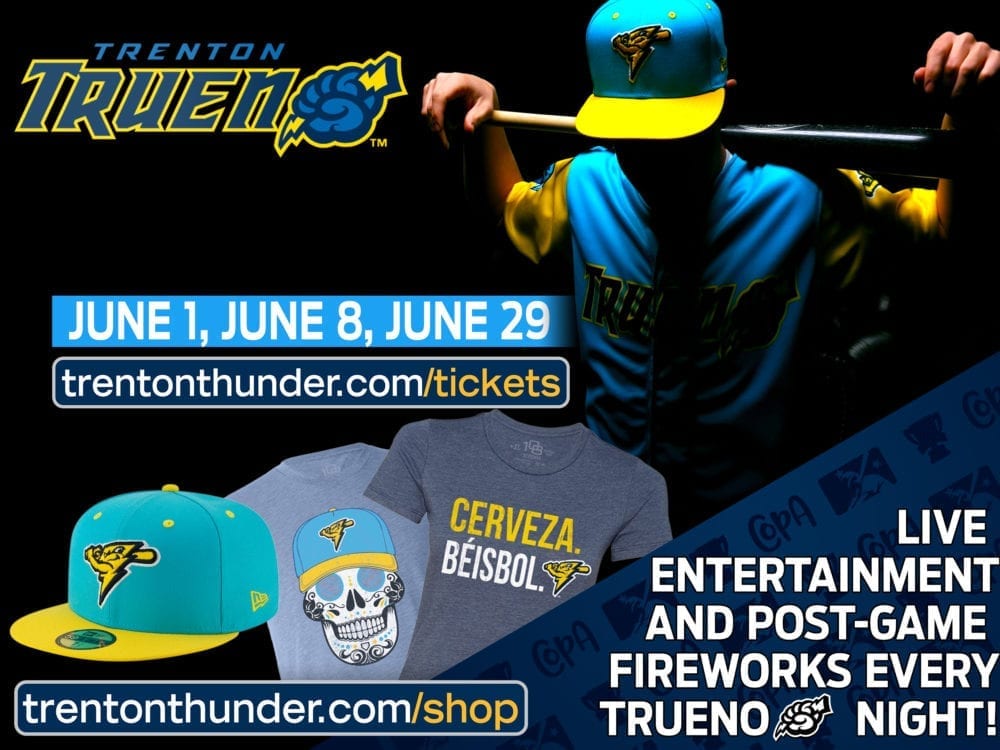 New Jersey’s capital city is home to a growing and wide range of Latino Heritage communities. In 2019, Trenton Thunder will take on their MiLB Copa de la Diversion identity, El Trueno de Trenton; the purest form of Trenton’s home team. With vibrant colors highlighting the return of Strike, El Trueno, will aim to represent the best of their city on the field as Minor League Baseball™ (MiLB™) this week revealed the on-field identities of the 72 teams participating in its 2019 “Copa de la Diversión™” (“Fun Cup™”) competition. El Trueno de Trenton’s first game of the season happens on June 1, 2019.

“We worked for more than three years researching and developing the Copa de la Diversión platform, and we knew that if we built an authentic, culturally-relevant campaign, our entire fan base – not just Hispanic fans – would embrace it,” said Kurt Hunzeker, Minor League Baseball’s vice president of marketing strategy and research. “The way Copa resonated with our communities almost immediately after we started unveiling the identities last year truly signaled that our focus, direction and execution was correct. The positive fan feedback coupled with the quantifiable increases in key metrics helped shape our strategy as we prepare for more ‘divertido’ this season.”

Building off the inaugural season’s successes, all 33 MiLB teams that participated in Copa last year are returning in 2019, joining 39 additional teams seeking to strengthen their connections with Hispanic fans in their respective communities. By the end of this week, all 72 participating Copa teams will have held unveiling events showcasing their culturally-relevant on-field personas honoring the local Hispanic community. Each participating team will adopt these new personas via on-field jerseys and caps during 397 Copa-designated games throughout the 2019 season.

MiLB also introduced a new, Copa-specific website featuring each participating team’s unique identity, the story behind its Hispanic on-field persona and links for fans to purchase tickets to the Copa ballpark events and order merchandise, including on-field caps, T-shirts and other branded apparel.