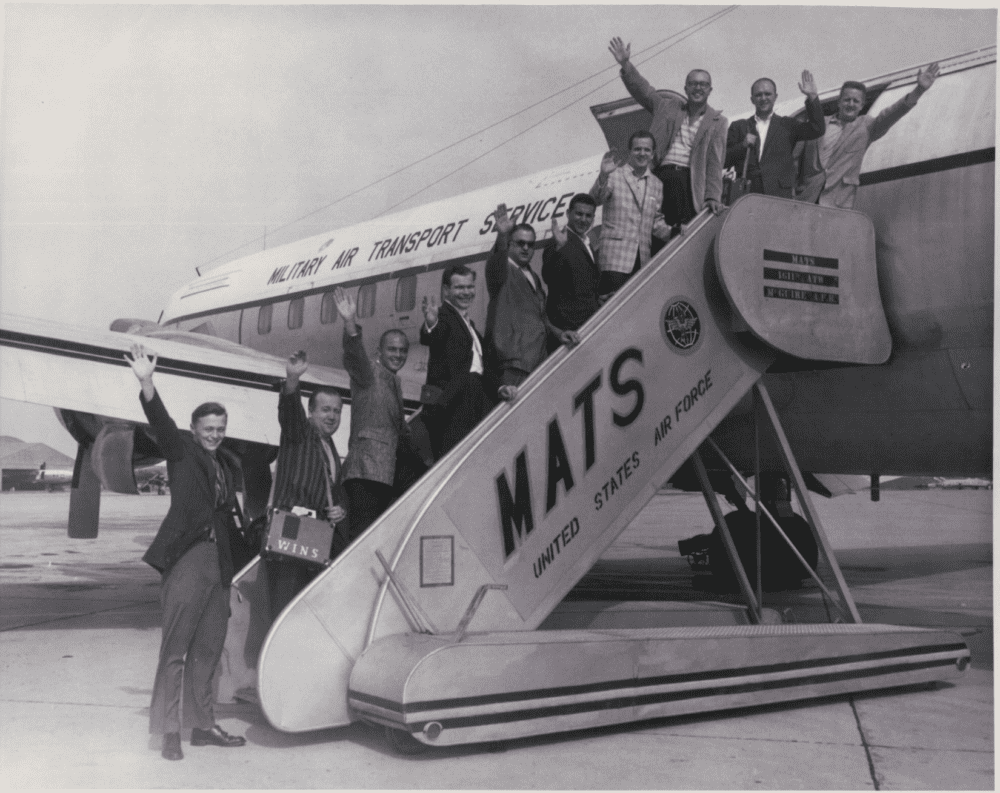 Active for 18 years, MATS was the largest joint-maneuver in the country since World War II. Worldwide, nearly 90,000 members from the Air Force and Navy made up the staff of MATS. Its purpose, according to AIR FORCE Magazine of 1964, was to not only provide the air lift of service members in a time of crisis, but also supply aeromedical evacuations, air rescue, air photographic and various charting services to American combat forces on a global scale.

MATS split its organizational responsibilities by geographical region. To the west existed the Western Transport Air Force (WESTAF), which headquarters were located at the Travis Air Force Base in Solano County, California. To the east existed the Eastern Transport Service (EASTAF), which headquarters were located at the McGuire Air Force Base in Trenton, New Jersey.

Each wing further divided into sectors including the Air Rescue Service (ARS) and Air Photographic and Charting Service (APCS) in Orlando, Florida and the Air Weather Service in Belleville, Illinois. Multiple units were dispersed within these divisions. All bases, including the WESTAF and EASTAF, reported back to one general, Gen. Howell M. Estes Jr.

The 1161 Air Transport Wing’s basic mission was to support the Strategic Air Command operations of war and emergency. According to the AirForceHistoryIndex.org, “The mission of the 1611 Air Transport Wing was to command, operate, administer and maintain McGuire Air Force Base and such organizations, installations and facilities as may be assigned by proper authority.” It also states the 1611 Air Transport Wing was, “to transport by air, personnel (sick and wounded), materiel mail, strategic materials and other cargoes for all agencies of the United States.”

In 1964, MATS supplied aid to two major natural disasters on the west coast of the country between the months of March and June, the 1964 flood of Montana and the earthquake and tsunami, known as Good Friday, in Alaska.

On March 27, 1964, all of Alaska violently shook as the state experienced what is still considered to this day to be the strongest earthquake on record in North America. According to history.com, most of Alaska’s mainland felt the 9.2 magnitude earthquake. The devastating earthquake lead to a swell of tsunamis that all together ultimately took 131 lives.

After this initial hit, Alaska was in a state of emergency. Costal forests plunged below sea level and the Alaskan coast sank up to eight feet in some areas and rose to 38 feet in others. A small coastal village off of Alaska, Chenega, lost a third of its population within four minutes. Other areas of Alaska, such as Turnagian Heights watched as the ground liquified and swept away around 75 homes. The disaster called for drastic attention on a national level.

Along with multiple other rescue and airlift services, the 1161 Air Transport Wing aided the state during the crisis. At the time, Brigadier General Roland John Barnick assumed command of the wing. In August of that year, Barnick was nominated to his promotion of brigadier by President Lyndon B. Johnson according to the United States Department of the Air Force.

Although the MATS program came to a quick end when discontinued on January 8, 1966, the country’s leading military services were able to provide aid, assistance and safety to many regions around the world in one cohesive unit.