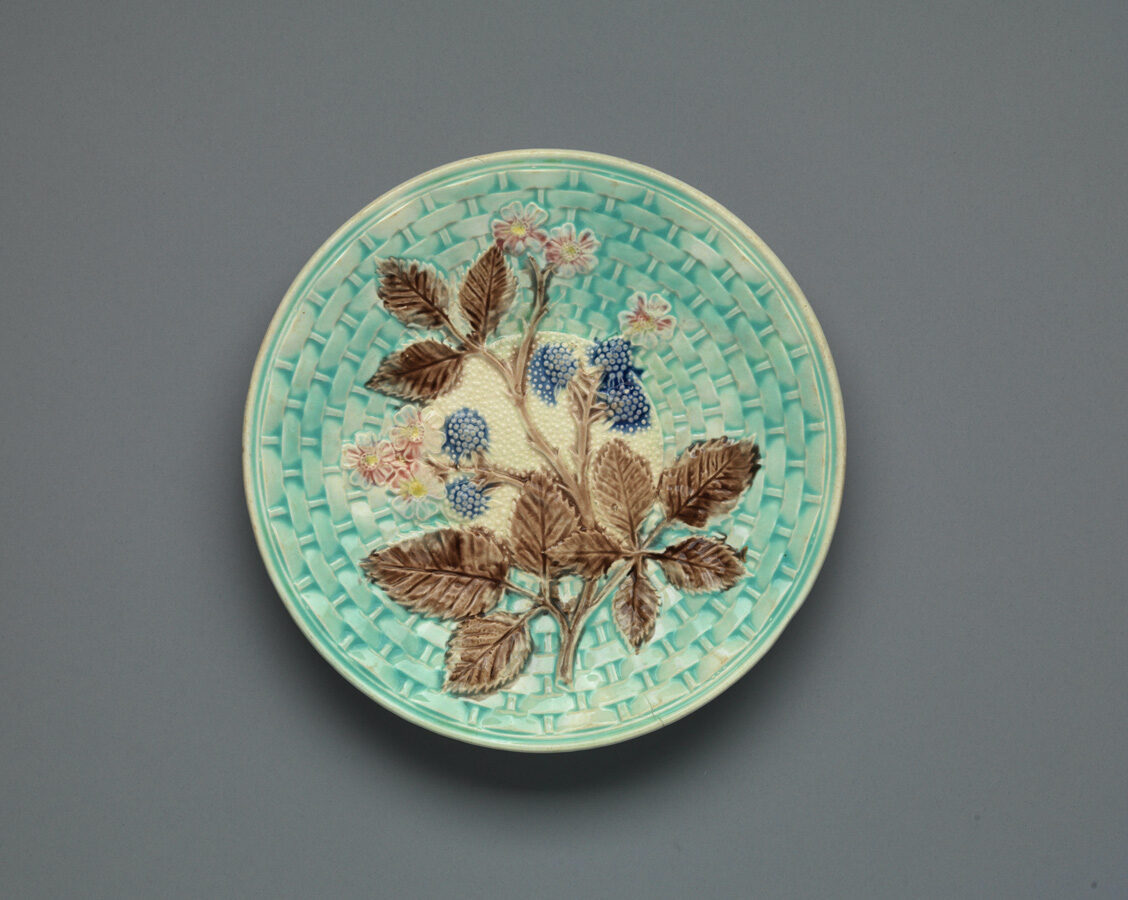 From the early 1850s to 1915, the wildly colorful and imaginative ceramic style of majolica rose in popularity across the U.K. and the U.S. Talented migrant workers from England brought the unique style to booming pottery industries within the U.S. in areas such as New York, Pennsylvania, Ohio, Maryland and right here in Trenton, New Jersey.

On April 17, 2021, at 1:30 p.m., Dr. Laura Microulis, Research Curator at Bard Graduate Center (BGC) of NY, will discuss the global phenomenon of majolica and the pivotal role Trenton’s pottery industry played towards its success. The virtual event is brought to you by BGC, The Potteries of Trenton Society and the New Jersey State Museum.

“Trenton had a huge manufacturing role and became a really, really important central force for ceramic production in the mid-nineteenth century,” said Dr. Microulis. “Majolica was really only made by a couple of firms, but one maker in particular, Joseph S. Mayer, ran what was called the Arsenal Pottery, which was located on 3rd and Temple Street (in Trenton). He made majolica starting in 1882.”

Joseph S. Mayer, or “Happy Joe” as church-going Trentonians called him, was a British emigrant potter. According to Dr. Microulis and her research, Mayer heavily produced low-cost jugs and other majolica ware.

“He was being interviewed by trade magazines and people were saying, ‘you’re so successful; how did you get so successful,’ and his comment was, ‘everybody wants a jug,'” said Dr. Microulis. “That is just so funny! He must have had this larger than life personality!”

Dr. Microulis will discuss “Happy Joe” and the other moguls that popularized the ambitious style. Although majolica has since fallen out of style and gained the unfortunate reputation as “campy” and “unappealing,” these historic pieces have a personality with a special story. Through her findings, Dr. Microulis came to realize that it was not just the creative style and innovation of majolica that gave it its character, but the individuals, like Mayer, that brought the pieces to life.

“I think what we hope to accomplish with this exhibition, and my lecture in a smaller way, is just to give a new awareness and appreciation for the material,” said Dr. Microulis. “The stories that objects can tell can make even the most ugly things appealing.”

The Trenton Majolica Mania lecture this month precedes the larger exhibit to be held later this year from September 24, 2021 to January 2, 2022. The exhibition, entitled “Majolica Mania: Transatlantic Pottery in England and the United States, 1850–1915″ will feature over 350 pieces of U.S. and U.K. made majolica.