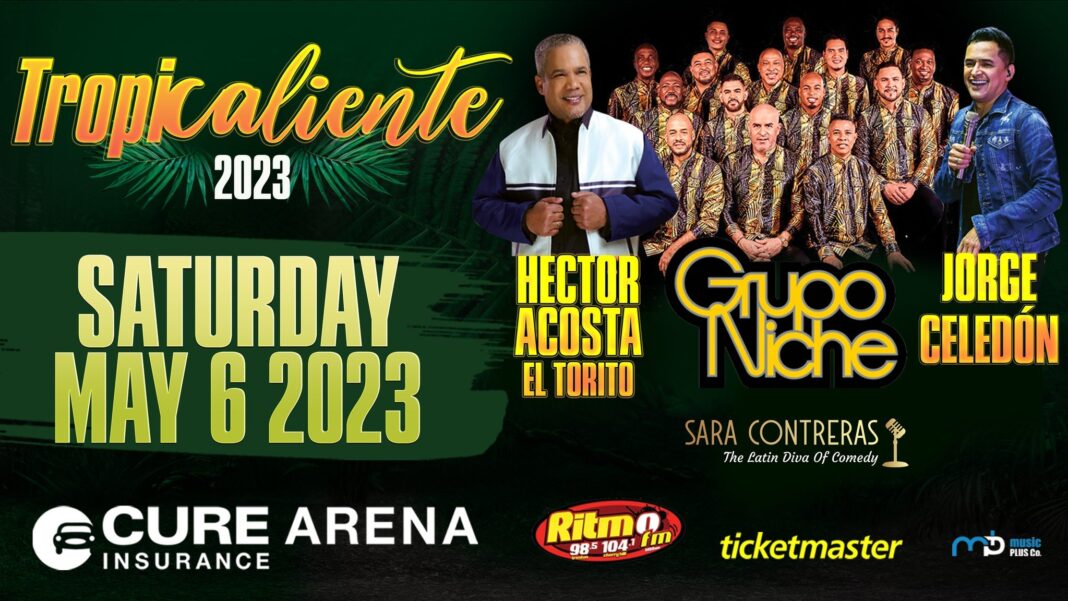 Get ready to dance the night away!

The CURE Insurance Arena has just announced that Tropicaliente 2023 will be held on Saturday, May 6th, 2023. The show will feature a variety of performers, including Hector Acosta “El Torito,” Grupo Niche, Jorge Celedón, and Sara Contreras. The general ticket sale begins at 10 am on December 21st, 2022. Doors are at 6:30 pm, and the show will kick off at 8:00 pm. Tickets will range in price from $59-$150, not including any fees. Tickets can be purchased online here: Tickets – Tropicaliente. You can also contact the ticketing office at 609-656-3200 for additional details.

Tropicaliente features a jam-packed lineup of world-class performers, including:

If you’re looking for a fun night out in the city, don’t miss the opportunity to enjoy this star-studded lineup. If you have any questions regarding the event, please get in touch with the CURE Insurance Arena at 609-656-3200 or CIA-Marketing@spectraxp.com.