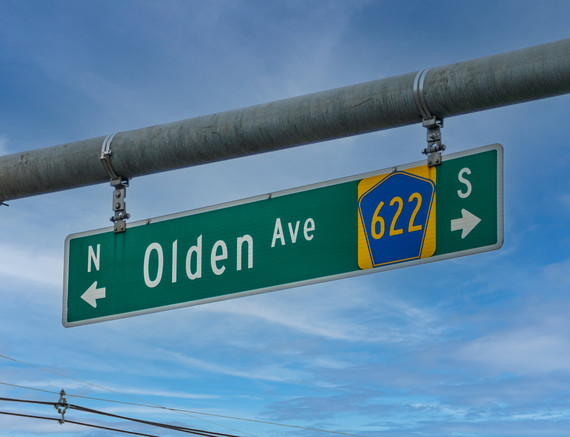 “We measure TWW’s capital projects in the millions of dollars,” said Mayor Gusciora. “This is the level of investment, commitment, and leadership required to ensure that TWW continues to produce some of the highest quality drinking water in the United States for our customers and service-area consumers – drinking water that meets or exceeds rigorous federal and state standards.”

On Sept. 16, 2021, Trenton City Council approved the use of $4 million from the city’s allotment of American Rescue Plan funding to pay for the Ewing Township water main replacement project. When complete, the project will help maintain high water quality and improve water distribution system reliability, increase water pressure in some areas, and maintain adequate flows throughout the TWW system. The scope of work includes replacing approximately 9,500 linear feet of 16-inch water main north of Princeton Avenue to Sutherland Road in Ewing Township. TWW has more than 10,000 customers in Ewing Township.

“We are very pleased that Trenton Water Works is making this investment in the Olden Avenue business district, a vital part of Ewing Township’s economy and quality of life,” said Bert H. Steinmann, Mayor of Ewing Township. “In recent years and months, the number of water main breaks on Olden Avenue has supported the argument that this project is fundamentally needed. Many thanks to Mayor Reed Gusciora and Trenton City Council for making it a priority.”

TWW has undertaken several capital projects since it announced its six-year, $405-million capital plan in 2019. The plan includes $150-million to remove lead infrastructure from its water-distribution system and at private residences; $20 million to replace water meters systemwide with smart meters; $30 million to construct two 8-million-gallon tanks across the street from the Pennington Avenue Reservoir to improve system resiliency; $5.5 million to rehabilitate the water-filtration plant’s raw-water intake; and $3 million to clean and line water mains in targeted areas of TWW’s 683-mile water-distribution system.

Purchased by the City of Trenton in 1859, Trenton Water Works (TWW) is one of the oldest and largest publicly owned water systems in the United States, supplying 28 million gallons of water per day to approximately a quarter-million consumers in a five-municipality service area in Mercer County, NJ: Trenton, Ewing Township, parts of Hamilton Township, Lawrence Township, and Hopewell Township.

“With approved funding authorized by City Council, we can start the design phase of the project. We are immensely grateful for their support and Mayor Gusciora’s leadership,” said Mark A. Lavenberg, Director of the city’s Department of Water and Sewer, which operates Trenton Water Works. TWW serves nearly 250,000 consumers in its five-municipality service area. “We will prepare the specifications, put it out for public bid, evaluate proposals, and ultimately award the project to a vendor as part of our work to improve the performance of TWW’s water-distribution system.”