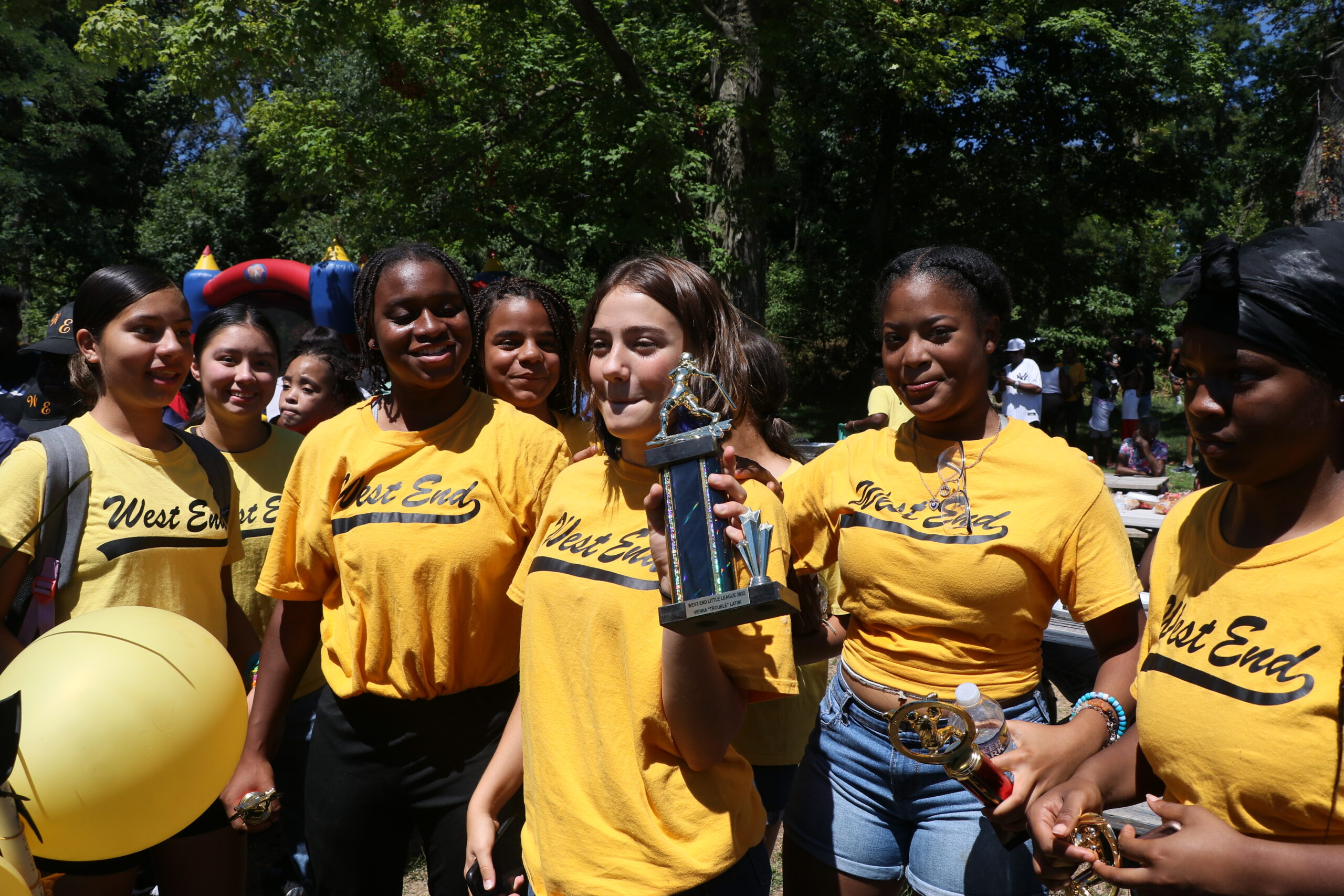 The West End Little League ended its season on Saturday with a trophy ceremony celebrating the wins, the losses, and the friendships made along the way.

The ceremony was held on the Cadwalader Park Baseball Field as Ron Davis, President of The West End Little League, gave out gifts to the sponsors and trophies to the players.

“Today was our closing ceremony…We do things a little differently than most leagues. We make sure all the kids get trophies regardless of wins or losses,” Davis said.

There was a lot to celebrate as kids on various baseball teams were acknowledged for their hard work over the season. This year was special because of the addition of a softball league started at the West End Little League.

“We started a softball program,” Davis said. He is looking to next year with hope. “I think next year we’re going to have either double or triple that amount of softball girls we had.”

Vienna, also know as “Trouble,” is captain of the West End Softball Team sponsored by the National Congress of Black Women. “We’re always able to pull each other together…It’s more of a family that comes together. No matter win or lose,” Trouble said.

Her teammate Neviah, who goes by the nickname “Nightmare,” said no matter what, they found a way to work together, and at the end of the day, win or lose, they celebrate the game of softball.

“We’re all like sisters. We argue, we fight, but in the end, we still pull it together for the games; you know,” Nightmare said.

The sense of community is ever present as parents like Lyndsey Burns, Trenton Resident, brought their kids to the games. Burns’ five-year-old son played his first season at the park.

“It was really fun; they were really patient with these kids, but it was really about having fun, especially for the little ones, they got their home runs,” She explained that it felt like a big family. “It was a sense of community here, especially this trophy ceremony was nice. I didn’t even know about all the sponsors. They were great, and they all came from really good places too,” Burns said.

Sponsors included local businesses, community organizations, candidates running for election in the city, and non-profits. The West End Little League lifts its community and the community rallies around it. Davis explained that his coaches are out there making the game of baseball better for everyone. “I enjoy the kids. Kids enjoy us. I think most adults here live through these kids,” Davis said.