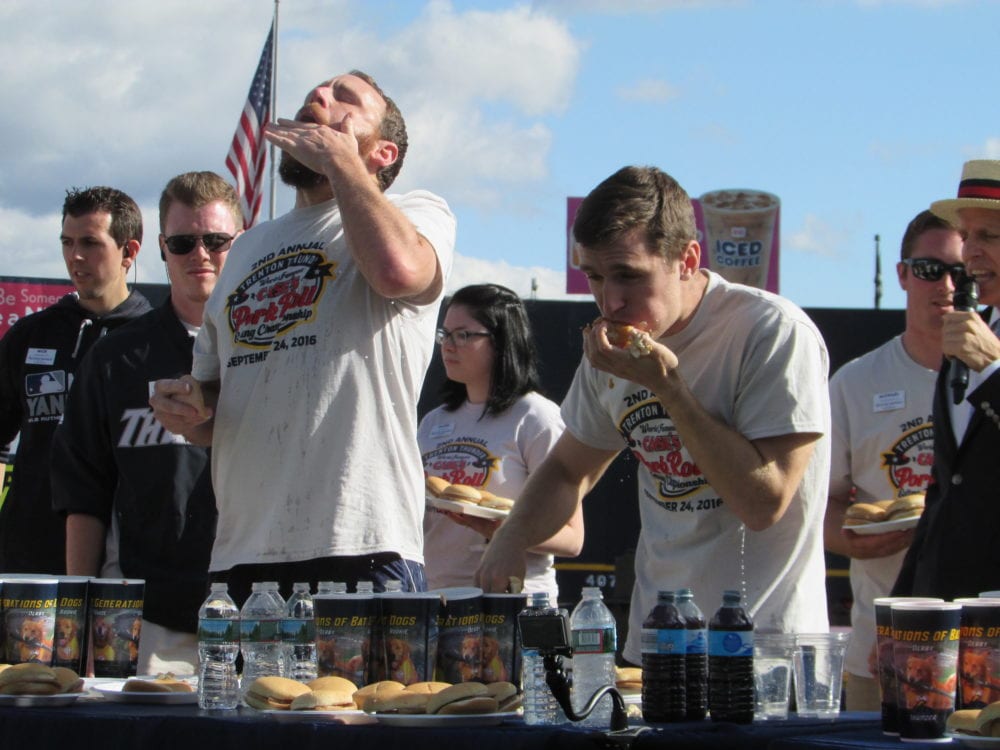 The Case’s Pork Roll Eating Championship is a Major League Eating sanctioned event featuring some of the top competitive eaters in the world consuming as many Case’s Pork Roll sandwiches as they can in a ten minute competition.

River Fest 2019 will once again feature the world’s top competitive eater, Joey Chestnut. Chestnut is fresh off a victory in the Nathan’s Hot Dog Eating Contest on Coney Island on July 4 where he ate 71 hot dogs in the ten minute event.

River Fest will feature an array of “pork roll-inspired” food selections at the concession stands including many of the favorites currently served at the Case’s Pork Roll stand at ARM & HAMMER Park. Beer sales will include Fall pumpkin selections from various breweries during the fifth annual event.

Tickets are just $5 and can be purchased at www.RiverfestNJ.com.

The event takes place from 12:00pm-5:00pm with a variety of kid-friendly outdoor games, including inflatables and bounce houses will be part of the day’s activities.

The Eating Championship will take place at approximately 3:00pm featuring 12 eaters. This Major League Eating sanctioned event will be a 10-minute battle of humans vs Case’s Pork Roll sandwiches vs themselves vs each other. The total prize purse is $4,000 with the following payout:

Fans can get the latest information on River Fest by visiting www.RiverfestNJ.com.