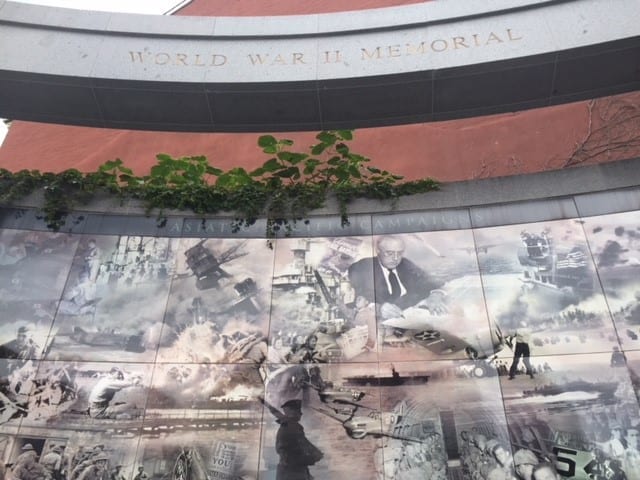 At the height of World War II, Trentonians were manufacturing steel, wire, and other materials to support American troops in the European and Pacific theatres. The war helped to make Trenton a thriving and robust hub of manufacturing and educational institutions for soldiers returning home. Today, as the Capital City hosts daily debates about the future of New Jersey under the golden dome of the State House, across the street sits a memorial of this time.

The World War II Memorial offers a visually compelling reminder of a war that shaped our nation. On a hot afternoon, the memorial is a refuge from the sun with large walls and an aesthetic waterfall to create a shady and tranquil setting. Once removed from the bustling of the downtown, one can stop to appreciate the history on display. 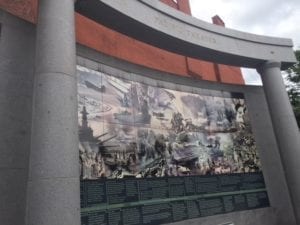 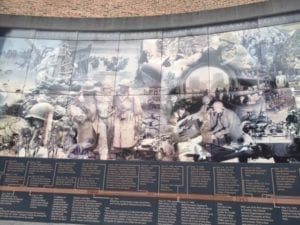 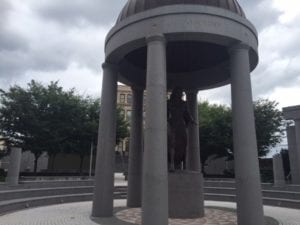 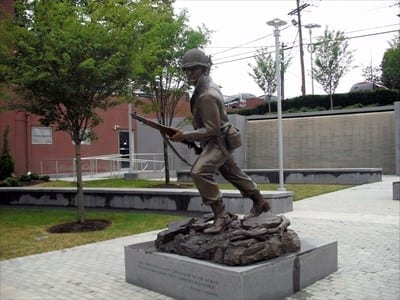 From representations of the Pacific Theater, as soldiers fought of threats from Japan in the West, to the European-African-Middle Eastern Theater, as the U.S. and allies fought off threats from Hitler and Mussolini, history buffs can then look straight ahead to see mesmerizing details like the word “Victory” emblazoned in gold lettering with an elegant statue below.

As visitors depart the World War II Memorial they can set forth with a reminder that victory came to the U.S. and their allies just as triumph will come in Trenton’s quest for revitalization.