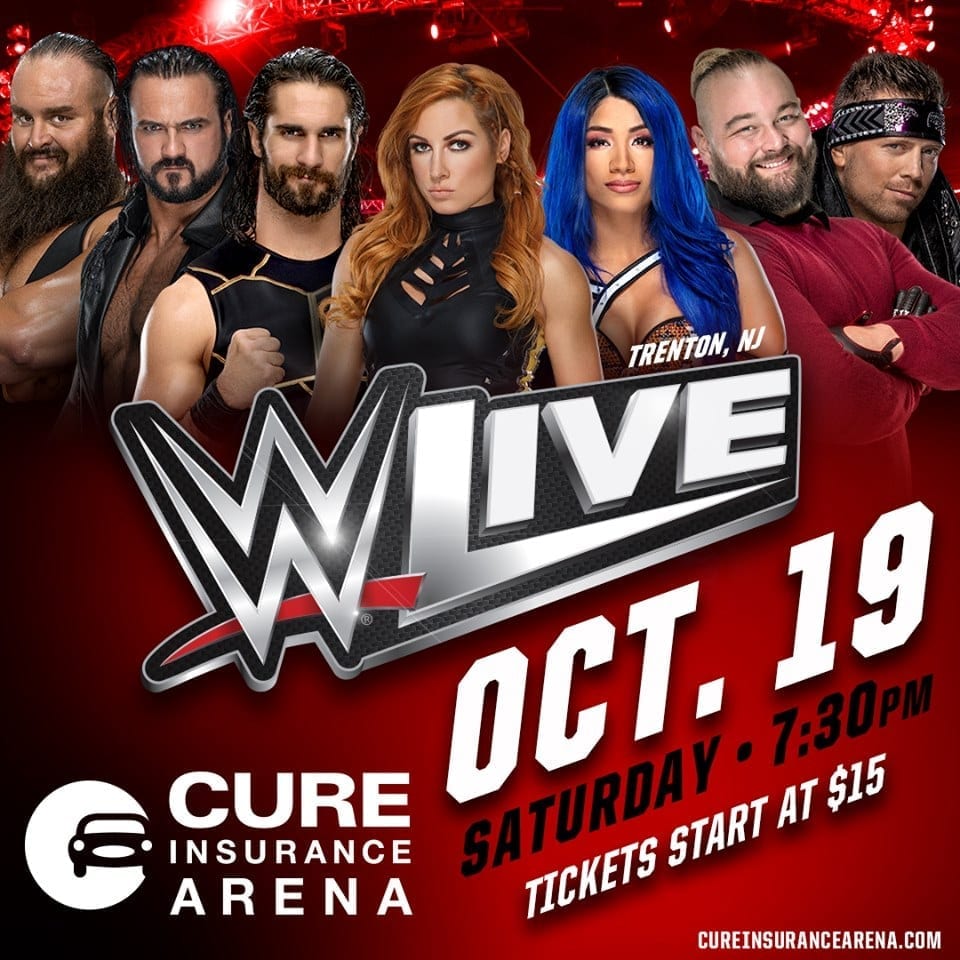 WWE Superstars Seth Rollins, Becky Lynch, “The Fiend Brad Wyatt” and more, will return to Trenton for WWE Live at CURE Insurance Arena on Saturday, October 19th, 2019 at 7:30 p.m. Tickets are on sale now exclusively through CUREInsuranceArena.com, by phone at 1-800-298-4200 or in person at the CURE Insurance Arena box office.

The event is the 32nd WWE production at the CURE Insurance Arena, who is celebrating 20 years of sports and entertainment in Mercer County. The first event at the venue was on October 6, 1999.  That WWF (now WWE) event featured the following matches and results:

WWE Live on October 19, 2019 is set to feature favorite WWE Superstars live in action with main events. While the lineup is subject to change, the matches will include: Seth Rollins vs. “The Fiend” Bray Wyatt in a Universal Championship Match; Becky Lynch vs. Sasha Banks in a RAW Women’s Championship Match; Braun Strowman vs. Drew McIntyre; Plus, King Corbin, Ricochet, Lacey Evans, Dolph Ziggler, Cedric Alexander, Natalya, Cesaro and many more!