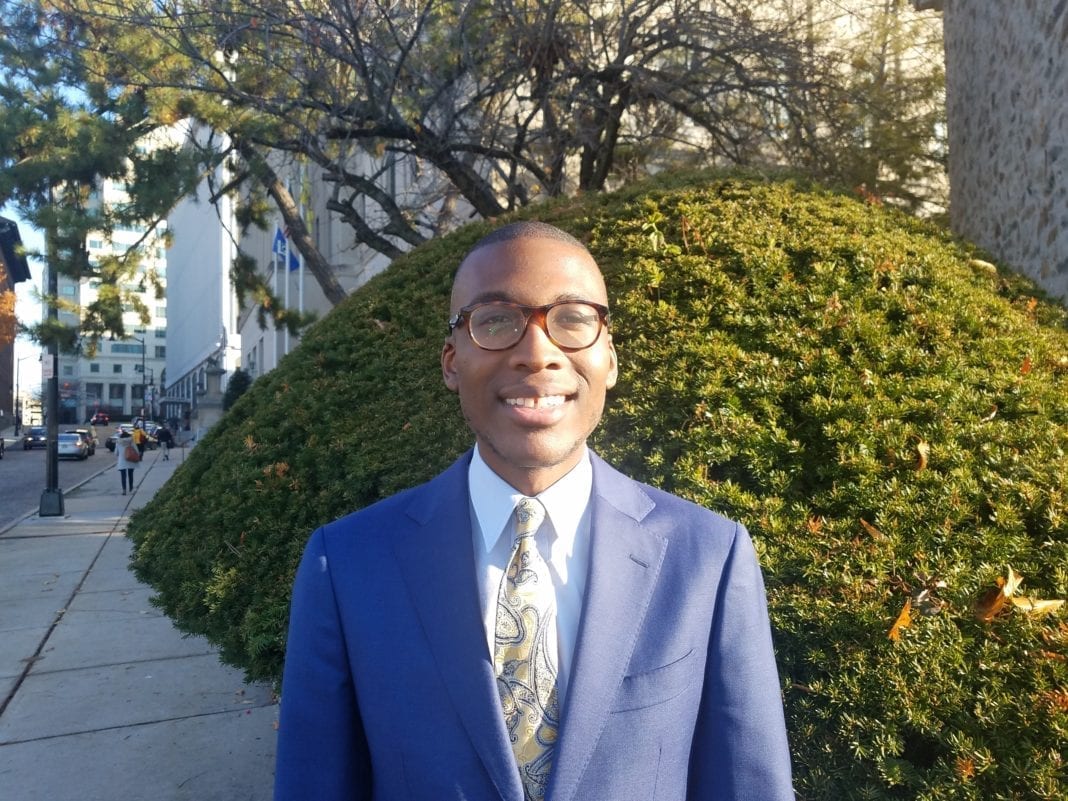 Bishar Jenkins, a true native Trentonian, has a lot to be happy about. After receiving an acceptance letter last Spring for a full scholarship to Brandeis University, Bishar was struck by even more good news. It turned out that New York University offered him a full scholarship as well. Ultimately, he chose to make his way up to Boston to pursue a Masters of Public Policy at Brandeis. He’ll focus on Social Policy, as he seeks to research both educational attainment and health outcomes for marginalized populations.

“Bishar is an outstanding young man and native Trentonian who caRries himself with a high degree of professionalism,” said George Sowa, CEO of Greater Trenton.

“In just one year as project manager at Greater Trenton, Bishar has proven himself as an invaluable member of our team handling critical grant requests, writing important whitepapers, coordinating numerous organizational outreach efforts to city, county and state officials, and facilitating consistent engagement with residents and community stakeholders,” added Sowa. “We will certainly miss Bishar – but more importantly, we wish him great success as he pursues his passion to be a change maker through public policy.”

While Jenkins celebrated his one-year anniversary at Greater Trenton this past July, his connection and acquaintance with Trenton extends back over two decades to his birthplace on July 1995 at Mercer Hospital on Bellevue Avenue.

Jenkins credits his upbringing in Trenton and close-knit community as the main drivers to his success. “Despite the challenges the city faced while I was growing up, I was reared in an environment that was rich in motivation and encouragement,” said Jenkins. “From camp counselors to elder church members, my community poured so much into me. I am eternally grateful for being raised in Trenton, which will be at the forefront of my mind as I seek to craft public policy solutions to address our most challenging issues.”

Jenkins began his public policy career as an intern at the New Jersey Office of the Attorney General. After completing that internship, he was selected as an Emerging Leaders Intern with the Congressional Black Caucus Foundation (CBCF) in Washington, DC. In this role, he conducted substantive policy research for the US Agency for International Development. Directly prior to joining Greater Trenton, he interned at the Office of the Governor and the U.S. Department of the Interior.

Jenkins graduated with a Bachelor of Arts degree in Political Science from Rutgers University-New Brunswick. He is an alumnus of the Eagleton Institute of Politics, where he earned a certificate in American Politics and Public Policy.